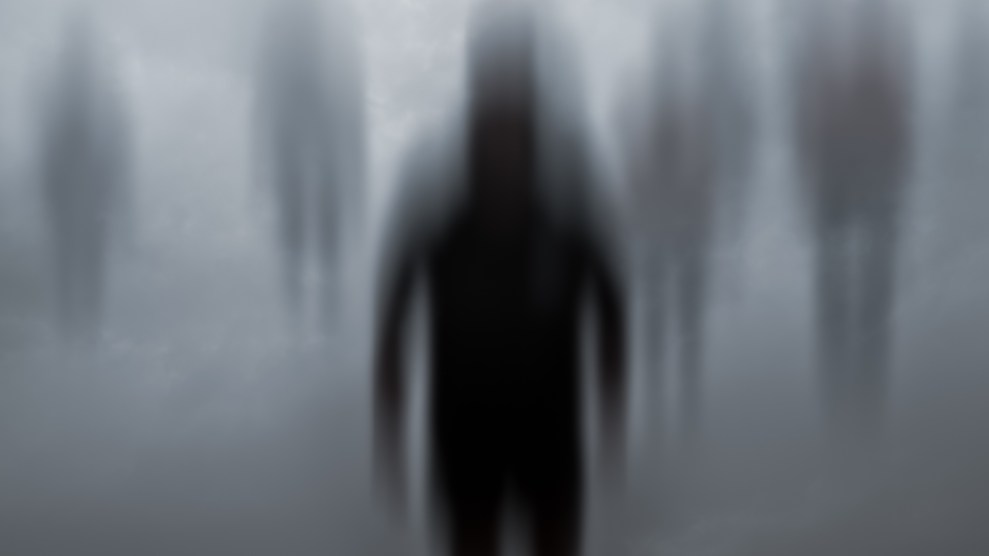 The Freedom Caucus is a rowdy band of GOP US House members most famous for triggering government shutdowns, pushing to repeal the Affordable Care Act, and driving former GOP Speaker John Boehner from his post on the theory he wasn’t conservative enough. And now they’re coming for your certified-organic food.

Back in December, the Freedom Caucus released a “recommended list of regulations to remove.”  Among its 228 targets—ranging from eliminating energy efficiency standards for washing machines to kiboshing rules on private drones—the group named the National Organic Program.

Merrigan warned that “forces of darkness” are “coming together and saying, ‘Let’s sharpen our knives on organic.'”

Operated by the US Department of Agriculture, the NOP was established by the Organic Foods Production Act of 1990 to set uniform national standards for foods and agricultural products labeled “USDA Organic,” replacing the patchwork of state-level standards that had held sway for decades previously. The NOP ensures that food labeled organic really is raised without synthetic pesticides and fertilizers—it also oversees USDA-accredited organic certifying agents and takes “appropriate enforcement actions if there are violations of the organic standards,” according to the USDA.

As of 2015, annual organic food sales stood at $39.7 billion, representing nearly 5 percent of total food sales. And sales for organics are growing at an 11 percent annual clip—nearly four times the rate of overall US food sales.

It’s not clear what the Freedom Caucus meant by putting the National Organic Program on a list of regulations to “remove”; the staff of US Rep. Mark Meadows (R-N.C.), the Freedom Caucus stalwart who authored the list, has not returned my calls and emails asking for clarification. Organic food makes a strange target for deregulation, because organic regulations only apply to farms and food processors that voluntarily accept them. They prohibit, say, the spraying of synthetic pesticides only for a very certain kind of operation—ones that want to be certified organic.

Maybe it’s a budget-cutting move? The Freedom Caucus document claims the NOP’s “cost” stands at $256 million, without naming how it defines cost. But the NOP’s annual budget is just $9 million. And dismantling the NOP would generate massive chaos in the food market. A federally enforced, uniform, and fairly stringent set of rules would give way to a hodgepodge, leaving consumers flummoxed about what “organic” means.

The NOP’s appearance in the Freedom Caucus’ crosshairs has caused alarm in organic circles, and it’s not hard to see why. The Freedom Caucus’ zeal for deregulation is nothing new, but until a few week’s ago, the veto pen of Barack Obama and the Democratic-controlled Senate meant that the group could obstruct legislation and make plenty of trouble, but not actively legislate. Now there’s a new sheriff in town—a  fast-food-eating Republican—and the GOP runs both aisles of Congress. Suddenly, the Freedom Caucus has jumped from fantasy island to a perch quite near the center of Washington power.

Dismantling the National Organic Program would generate massive chaos in the food market, leaving consumers flummoxed about what “organic” means.

Kathleen Merrigan, who served a long stint as deputy USDA secretary under Obama, has sounded the alarm. Merrigan is a canny DC operator who chooses her words carefully, and she knows the politics around organics as well as anyone. In addition to her recent USDA experience, she served as the head of the USDA agency that oversaw the NOP under Bill Clinton, and she helped craft the federal act that created it while working as a Senate staffer in 1990. According to a Politico account of her remarks at a food conference last week, Merrigan warned that “forces of darkness” are “coming together and saying, ‘Let’s sharpen our knives on organic.'”

Merrigan declined to be interviewed for more detail on what she meant by her “forces of darkness” remarks. She did confirm that she had the Freedom Caucus document in mind, as well as a January 12 op-ed by the father-and-son lobbyists Marshall Matz and Peter Matz, of the powerhouse DC agribusiness lobbying firm Olsson, Frank & Weeda. In recent years, Marshall Matz’s clients have included Nestlé, agrichemical-seed giant Syngenta, and FMC, which makes carrageenan, a seaweed-derived food thickener that has emerged as a controversial additive in processed organic products like almond milk.

In their op-ed, the Matzes applauded the Freedom Caucus’ naming of the NOP. But rather than call for the USDA’s oversight of organics to be nixed, they call for it to be “reformed.” They acknowledge that organic food now represents a “significant market.” And rather than focus on the NOP, the Matzes instead raised questions about another key USDA organic component, the National Organic Standards Board, a 15-member panel that, among other things, has a huge influence over what nonorganic substances can be added to organic food.

The National List of Allowed and Prohibited Substances, as it has been known, has long been contentious terrain, pitting Big Food companies with organic subsidiaries against watchdog groups like the Cornucopia Institute. Broadly speaking, the corporations want wide leeway on additives, while the watchdog groups demand strict limits. In their op-ed, the Matzes declared that the “NOSB should leave the issue of food ingredient safety to the FDA.”

In an email exchange, I asked the Matzes to clarify their position. Do they mean that food companies should be able to put any additive they want into, say, organic cookies, as long as the Food and Drug Administration deems it safe? They declined to say.

So what Merrigan called the “forces of darkness” coming for organic are indeed pretty obscure about exactly what they want. Does the Freedom Caucus really want to nix the National Organic Program to save $9 million per year? The $39.7 billion organic-food industry, whose participants include giant companies like General Mills and Nestlé-owned Gerber organic baby products—would likely push back pretty hard. But with lobbyists like the Matzes operating in Trump’s Washington—and looking reasonable compared with Freedom Caucus deregulatory zealots—the time might be ripe for making organic standards more friendly to corporations.