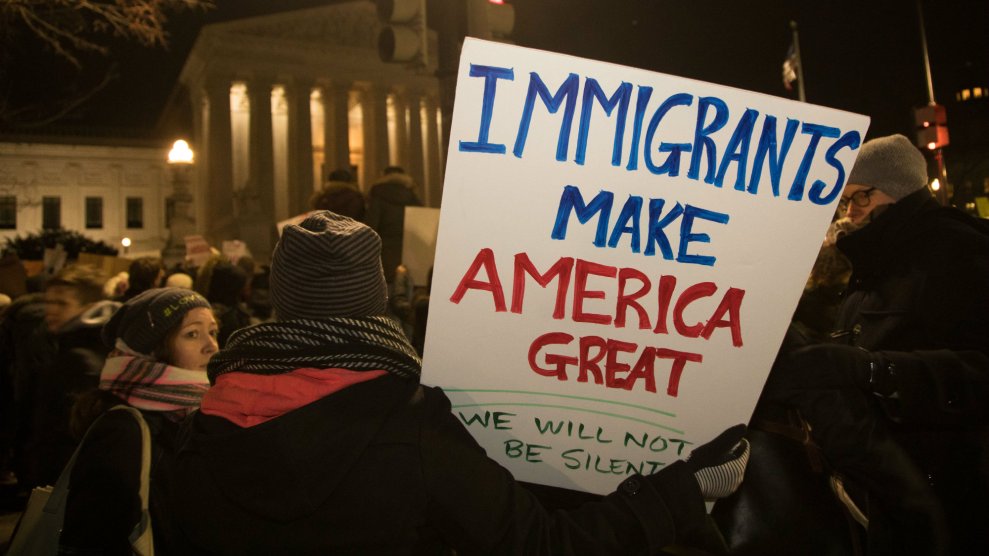 Urban dwellers in Washington, DC, will have a tough time dining out tomorrow: A growing number of the city’s restaurants and bars will be closed in solidarity with a strike dubbed “A Day Without Immigrants.” Fliers circulating on social media are urging all immigrants to skip work and school and to refrain from shopping on Thursday in defiance of President Donald Trump’s harsh immigration pledges.

Immigrants made up roughly 17 percent of the District’s workforce in 2013. “Without us and our contribution this country is paralyzed!!!!” reads a flier for the strike in a photo posted by chef Jorge Hernandez on Twitter.

Several high-profile restaurants such as Busboys and Poets and Bad Saint will be closed during DC’s planned strike, while others will be operating with limited service; Eater is updating a list of participating eateries as it hears about them. José Andrés—a popular immigrant chef from Spain who has been feuding with Trump ever since he backed out of opening up a restaurant in Trump’s luxury hotel in downtown Washington, DC—announced that he’d be shuttering all of his restaurants in the nation’s capitol and the surrounding areas for the day.

In support of our people & #ADayWithoutImmigrants Thurs 2/16 we will not open @jaleo DC CC MD, @zaytinya or @oyameldc #ImmigrantsFeedAmerica

The strike mirrors Milwaukee‘s Day Without Latinos, Immigrants, and Refugees protest on February 13, when thousands of immigrants in the Wisconsin city refused to work and instead took to the streets to protest Trump and Milwaukee County Sheriff David A. Clarke Jr. (Clarke Jr. recently made comments about helping federal agents crackdown on immigrants.) “No matter what status you have, we’re here to work hard,” Mayra Estrada, a 33-year-old protester, told the Milwaukee Journal-Sentinel. “And we’re not taking anybody’s job, we’re doing our job.”

A Day Without Immigrants is centered in DC, but the Washington Post is reporting that immigrants across the country are planning to take part as well. The strikes, which are intended to show how economically paralyzed communities would be without immigrants, come on the heels of several high-profile raids last week. Nearly 700 undocumented immigrants, including a “DREAMer” granted temporary legal status under DACA, were arrested in sweeps that Immigration and Customs Enforcement officials called “routine.” On Twitter, Trump referred to the sweeps as a “crackdown.”