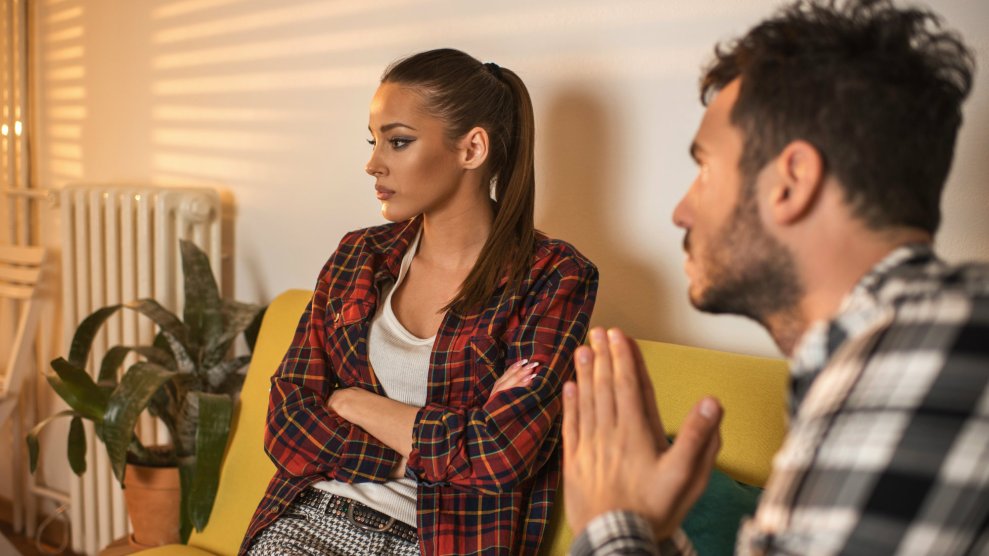 Update, 12:30 p.m.: The Oklahoma House Public Health Committee voted to send HB 1441 and HB 1549 to the full House of Representatives for consideration.

In Oklahoma, abortion rights advocates breathed a big sigh of relief when a particularly draconian measure, requiring a woman seeking an abortion to get written approval from the man who impregnated her, was tabled last week. That sigh may have come too soon: The state’s House Public Health Committee is set to reconsider HB 1441 today. The proposal would require a woman to get written permission for an abortion from the biological father, identify him to her doctor in writing, and allow him to demand a paternity test.

This measure is the latest in a series of efforts to limit access to abortion in Oklahoma. Gov. Mary Fallin, a Republican, has signed 20 anti-abortion bills over the course of her six-year tenure, including measures that tripled the waiting period from 24 to 72 hours and banned the use of telemedicine to administer medication abortion. Initially, state Rep. Justin Humphrey called his proposal an effort to make sure fathers support their child from conception, but as the Intercept reports, the lawmaker clarified his position when he said:

I believe one of the breakdowns in our society is that we have excluded the man out of all of these types of decisions. I understand that [women] feel like that is their body. I feel like it is a separate—what I call them is, is you’re a “host.” And you know when you enter into a relationship you’re going to be that host and so, you know, if you pre-know that then take all precautions and don’t get pregnant.

Humphrey did not respond to a request for comment from Mother Jones.

“Bodily autonomy is being actively stripped away from women in the state of Oklahoma,” says the Reverend Shannon Speidel, a board member with the Oklahoma Coalition for Reproductive Justice. “For [Humphrey] to refer to women simply as hosts, hosts for a pregnancy, indicates that we as women do not have the ability or the responsibility to make decisions about our own body to the point that we will now have to have a man’s permission to be able to seek an abortion if needed.”

She says that lawmakers are wasting taxpayer dollars by focusing on limiting access to abortion in Oklahoma, especially with a budget shortfall already totaling almost $900 million. “I’m really disturbed by services…and access to medical care being stripped from poor families in the state of Oklahoma,” she says. “And yet these legislators are still going after this issue, which is going to have to be fought in court and paid for by us, the citizens of Oklahoma.”

Speidel would like to say she’s confident the bill won’t become law, but Oklahoma’s legislative history of anti-abortion measures has taught her “it’s likely that it might.” Members of the state House committee will also consider whether to move another proposal forward that abortion rights advocates thought had been tabled for the session. HB 1549 would prohibit doctors from performing abortions if the woman is seeking one due to a genetic abnormality in the fetus.