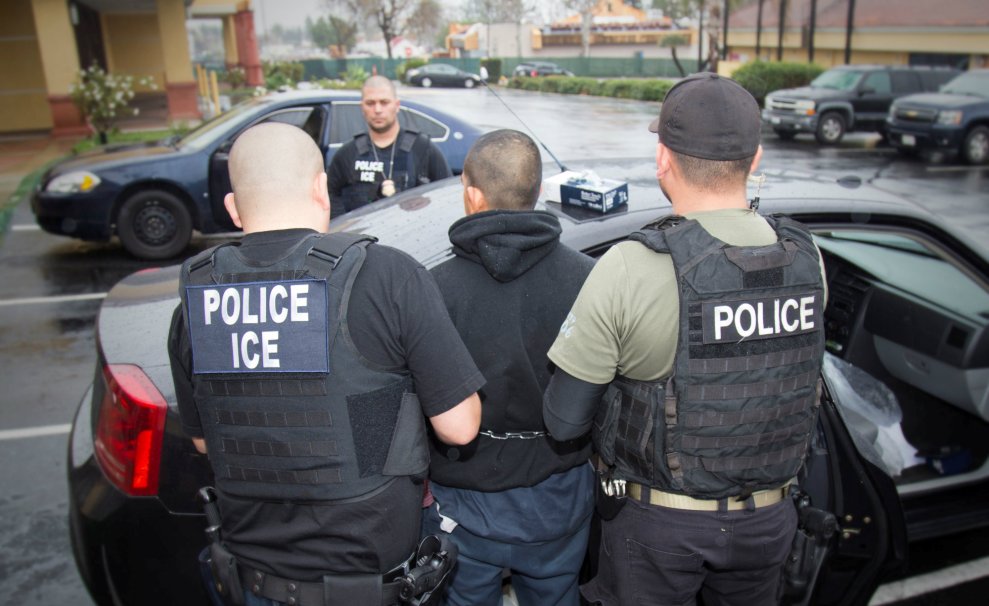 Texas is about to become the second state to outlaw sanctuary cities, jurisdictions that refuse to fully comply with federal enforcement of immigration laws. On Thursday, lawmakers in the Texas House of Representatives gave approval to legislation that would make it a misdemeanor crime for local law enforcement to not cooperate with federal immigration authorities, with penalties of up to $25,500 in fines for local governments and jail time for individual law enforcement officials who maintain sanctuary cities. The legislation would also allow local police officers to inquire about someone’s immigration status during routine encounters such as traffic stops. A slightly different version of the bill already passed in the state senate, and Republican Gov. Greg Abbott, who has made passing legislation banning sanctuary cities a top priority this legislative session, will likely sign the final measure.

Texas became one of the battlegrounds in the national debate over sanctuary cities when Travis County Sheriff Sally Hernandez, after taking office earlier this year, instituted a new policy for her department to not fully cooperate with federal immigration authorities. Gov. Abbott cut off funding in retaliation and even threatened to oust the sheriff. In a parallel effort, the Trump administration is also trying to cut off federal funding to jurisdictions that refuse to fully cooperate with federal immigration officials.

Thursday’s vote followed an initial 16-hour overnight hearing on the House floor. State Rep. Mary González, a Democrat who was once an undocumented immigrant herself, told her colleagues that she was a victim of sexual assault, and that the proposal would actually make Texas less safe by discouraging immigrants from talking to the police when a crime has been committed. “We aren’t exaggerating when we say the people empowered by this piece of the amendment will be criminals,” Gonzalez said. “We aren’t exaggerating when we say the people who will feel the biggest effects of this are the most vulnerable—the women and children who are victims of rape, sexual assault, human trafficking.”

González also beseeched other lawmakers to limit questioning about immigration status to those who were under arrest. “If you ever had any friendship with me, this is the vote that measures that friendship,” González pleaded during the hearing.

According to the Texas Observer, hundreds protested in the Capitol rotunda, where their chants opposing the legislation could be heard during the marathon debate. The protest didn’t dissuade Republican Rep. Matt Schaefer, who added language to the bill that would allow police to check someone’s immigration status during routine “detainments” like traffic stops. “This was about making sure that our law enforcement officers can continue to do what they have a duty to do, which is to make sure that we’re safe,” he said. “That means using every reasonable tool available under the law to inquire about criminal activity.”

State Rep. Ana Hernandez, a Democrat who was also undocumented as a child, fought back tears as she described her fears growing up. “I knew I wasn’t a U.S. citizen, and I feared the reactions from my classmates if they knew I wasn’t a citizen,” Hernandez said. “I see myself in many of those students now that share the same fear of being deported, or having their parents deported.”

Sanctuary city legislation is expected to head to the governor’s desk soon, but local leaders and civil rights advocates opposing the bill say the fight is only getting started, and they plan to file lawsuits challenging the legality of the measure. “The legislature is attempting to blackmail cities into violating our own resident’s constitutional rights,” Austin City Council member Greg Casar said on a press call. “I believe we have no responsibility to follow an unconstitutional law, and we should not be complying with a law that is so discriminatory and dangerous in its mandate.”