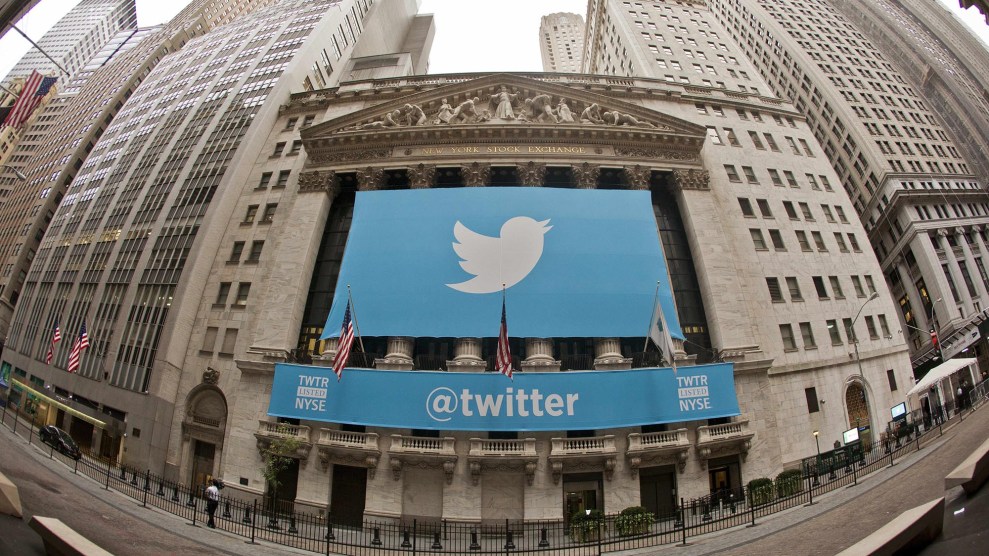 On March 30, during the first Senate intelligence committee hearing on alleged Russian meddling in the 2016 US presidential election, London-based cybersecurity expert Thomas Rid described how several groups became “unwitting agents” of Russian efforts to influence the American presidential election. One was WikiLeaks, which has been accused by the US government of helping the Russian government when it published thousands of emails related to the Clinton campaign. Journalists who “aggressively covered the political leaks while neglecting or ignoring their provenance” were another group.

And so was Twitter, Rid said, because of the “fully automated bots as well as semi-automated spam and trolling accounts [that] make up a sizeable part of Twitter’s active user base.”

In a January 6 report, the CIA, the FBI, and the National Security Agency alleged that the Russian government undertook a wide-ranging effort to influence the 2016 election in an attempt to “undermine the US-led liberal democratic order,” and that part of that effort included “paid social media users or ‘trolls.'” Twitter won’t reveal how many automated bots, semi-automated spam, and trolling accounts are part of its approximately 313 million monthly active users. But the site provides a perfect platform for deploying what are known as “active measures,” Russian methods of information warfare Rid described as designed for “easy exploitation—high impact.”

Anybody with technical know-how can deploy or hire Twitter bots, an army of automated or semi-automated Twitter accounts that push a particular message at a much faster pace than any individual user could. One South American hacker told Bloomberg in March 2016 how he used Twitter bots in an attempt to influence an election in Mexico. Earlier this month, BuzzFeed published an interview with a Utah-based software developer who created his own army of Trump-supporting bots during this last election. News organizations have also used bots to automatically push out certain news items or, in one case, highlight every time the New York Times uses an anonymous source.

Bots make it easy to spread a given message, but that also creates a problem: Twitter followers often don’t know they’re retweeting or forwarding deliberately false information from unknown sources, which can then potentially further polarize the populace and overstate a message or a candidate’s actual support. In his opening statement to the committee, Clint Watts, a former FBI special agent, explained the influence campaign was part of a yearslong Russian effort to undermine US institutions. “Tailored news feeds from social media platforms have created information bubbles where voters see only stories and opinions suiting their preferences and biases,” he said, “ripe conditions for Russian disinformation campaigns.”

Whatever the source of the bots, it seems unlikely that the state-sponsored disinformation variety will be stopped anytime soon. Twitter didn’t respond to multiple requests for comment. But Nu Wexler, a former public policy spokesperson for Twitter, tells Mother Jones that as long as users aren’t violating Twitter’s content rules, they’re not going to be censored.

“Twitter’s agnostic when it comes to political content and nationality,” Wexler said. “Accounts in compliance with the Twitter Rules are allowed to stay up, whether they’re in France, Mexico, or Russia. Suspending pro-Trump bots and allowing anti-Trump bots would just invite charges of political bias.”

In some cases, the FBI can serve communications companies with national security letters—secret demands for information on users that cannot be disclosed, even to the users in question—and compel them to provide data to the federal government. The FBI declined to comment on whether it was using such an approach in its investigation into Russian meddling.

But in a January 27 post on the company’s blog discussing two national security letters, Twitter’s associate general counsel for global law enforcement wrote that the company reveals a “very limited set of data” in response to such demands. She noted that Twitter is currently suing the US government on First Amendment grounds so that the company can be free to speak more publicly about the “actual scope of surveillance of Twitter users by the US government.” Recently Twitter sued US Customs and Border Protection after the government tried to learn the identity of the user behind the @ALT_uscis handle, one of several Twitter accounts created after Donald Trump’s election, allegedly by agency employees upset with Trump. Twitter dropped the suit after the government withdrew its demands for contact information of the account’s creator.

Emilio Ferrara, a research assistant professor at the University of Southern California, has studied Twitter bot networks and their effects on the election. Using sentiment analysis, his team studied bots supporting both Trump and Hillary Clinton and noticed a difference: Trump-supporting tweets, whether produced by bots or humans, “were significantly more positive than that of Clinton’s supporters,” according to a study Ferrara and his co-researchers published before the election. The manufactured positivity can “bias the perception of the individuals exposed to it, suggesting there exists an organic, grassroots support for a given candidate, while in reality it’s all artificially generated,” the team wrote.

Using tools that estimate whether an account is a bot, Ferrara and his team estimated that nearly 15 percent of their data sample collected over a one-month period—roughly 400,000 accounts—were likely bots, accounting for roughly 3.8 million tweets. Twitter didn’t respond when asked how many of its accounts are bots or how many tweets they produce.

Ferrera tells Mother Jones that of particular interest for the FBI and the chairs of the intelligence committees is “whether the type of bot operations that we highlighted and uncovered…can be associated to the Russians or to alleged influence operations.”

Creating systems to detect bots, and whoever’s behind them, is a complicated process for a number of reasons: Users are able to create false IP addresses to mask their original locations, and Twitter limits the data available to researchers, plus there’s the ideal of a free internet.