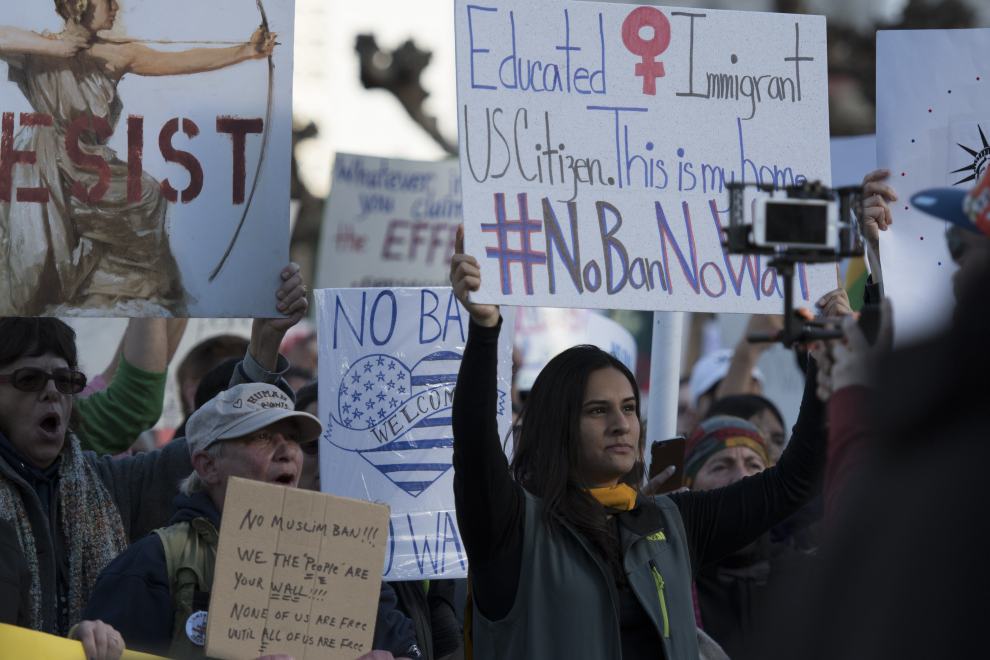 The court’s ruling stated that the president’s order “drips with religious intolerance, animus and discrimination.”

Today’s ruling from the Richmond-based U.S. Court of Appeals for the Fourth Circuit upholds a March decision by a Maryland district court, which argued that Trump’s ban was a violation of the Constitution’s equal protection clause.

Trump’s original travel ban, signed on January 27, called for a 90-day block on all entry to the United States for citizens from Iraq, Syria, Iran, Libya, Somalia, Sudan and Yemen, and indefinitely suspended refugee admission from Syria—sparking intense airport protests that lasted days.

Within 24 hours of signing the executive order, a New York judge blocked parts of it and declared it unconstitutional. In February, Trump eased restrictions on permanent residents, but that didn’t stop a Seattle federal judge from blocking the travel ban across the country, saying the executive order caused “immediate and irreparable injury.”

Then, an emergency request by Team Trump to reinstate the ban was blocked by the Ninth Circuit Court of Appeals. Embattled, with few options left, Trump promised he would craft a new executive order. Unveiled in early March, the second version instituted a 120-day global ban on all refugees; however, it took into consideration Iraqis who had risked their life by helping the US military, and allowed Iraqi citizens to enter the US. (It still banned citizens from Iran, Libya, Somalia, Sudan, Syria and Yemen from the US for 90 days.)

Although the Trump administration tried to soften January’s travel ban, the courts didn’t see it that way. In March, a Hawaiian federal court issued an injunction blocking the revised ban, saying the language still appeared to be a “neon sign flashing ‘Muslim ban, Muslim ban.'”

Courts in both Maryland and Hawaii have now argued that Trump used specific language during his campaign that could be construed as animus against a religious group—like his well-publicized goal to carry out a “total and complete shutdown of Muslims entering the United States”—and that Trump’s words and intentions render the executive orders unconstitutional.

“Then-candidate Trump’s campaign statements reveal that on numerous occasions, he expressed anti-Muslim sentiment, as well as his intent, if elected, to ban Muslims from the United States,” today’s Virginia ruling says.

The administration has argued that the courts should look beyond his campaign statements and recognize his authority to write new policies for immigration as a matter of national security.

It is now expected that the case will be appealed in the Supreme Court.