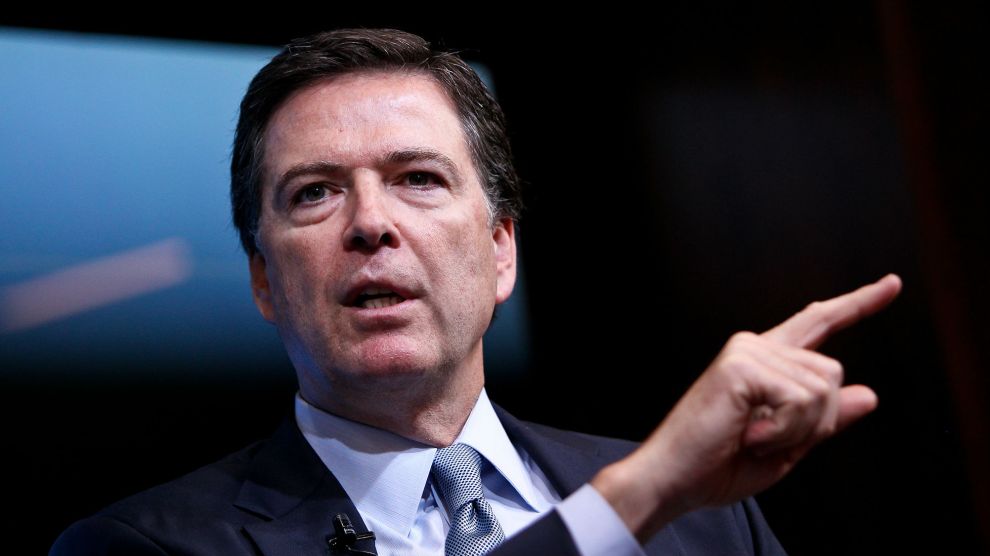 More than 100 members of Congress—including a few Republicans—have responded to President Donald Trump’s firing of FBI Director James Comey by calling for an independent investigation or a special prosecutor to look into Russian meddling in the 2016 elections and possible collusion with Trump campaign associates. Comey was in charge of the Russia investigation, and now Trump will have the opportunity to choose his replacement—a situation that presents an obvious conflict of interest.

Among those calling for an independent probe are at least three Republicans—Sen. John McCain of Arizona, Rep. Justin Amash of Michigan, and Rep. Carlos Curbelo of Florida—as well as nearly every senior Democrat in the House and Senate, including Sen. Mark Warner of Virginia, the vice chair of the Senate intelligence committee, and Sen. Pat Leahy of Vermont, the second-ranking Democrat on the judiciary committee.

Here are some of the notable reactions to Comey’s firing:

“I have long called for a special congressional committee to investigate Russia’s interference in the 2016 election. The president’s decision to remove the FBI Director only confirms the need and the urgency of such a committee.”

“Today’s extraordinary decision raises many questions all of which must be answered. Congress and the American people need a transparent explanation as to how this decision was reached and why it was executed at this time. It is critical that the FBI can continue all of its pending work with independence and integrity – especially the investigation into the Russian government’s efforts to influence our last election and undermine American democracy. Today I reiterate the need for Congress to establish a Select Committee with full investigatory powers to thoroughly examine this matter.”

My staff and I are reviewing legislation to establish an independent commission on Russia. The second paragraph of this letter is bizarre. https://t.co/wXeDtVIQiP

First Pres Trump fired Sally Yates, then Preet Bharara. Now #Comey. Doesn’t seem like an accident. We must have a special prosecutor.

.@POTUS firing #FBIDirector Comey in the middle of his investigation into the Trump campaign demands the appointment of a Special Counsel.

Firing of Comey tainted by extraordinary conflict of interest. Independent prosecutor must be appointed to restore any public confidence. pic.twitter.com/m5fSJ3LpiG

The arguments against establishing a Special Prosecutor were weak in the first place. They have now evaporated.

We are in a full-fledged constitutional crisis.

Meanwhile, a number of other congressional Republicans downplayed the news of Comey’s firing:

Some took shots at their Democratic colleagues:

Ds were against Comey before they were for him.

Or ignored the news altogether:

Recently we’ve seen record salmon returns, and I believe that with innovative technology, dams and fish can coexist. https://t.co/2EBq1og8g3