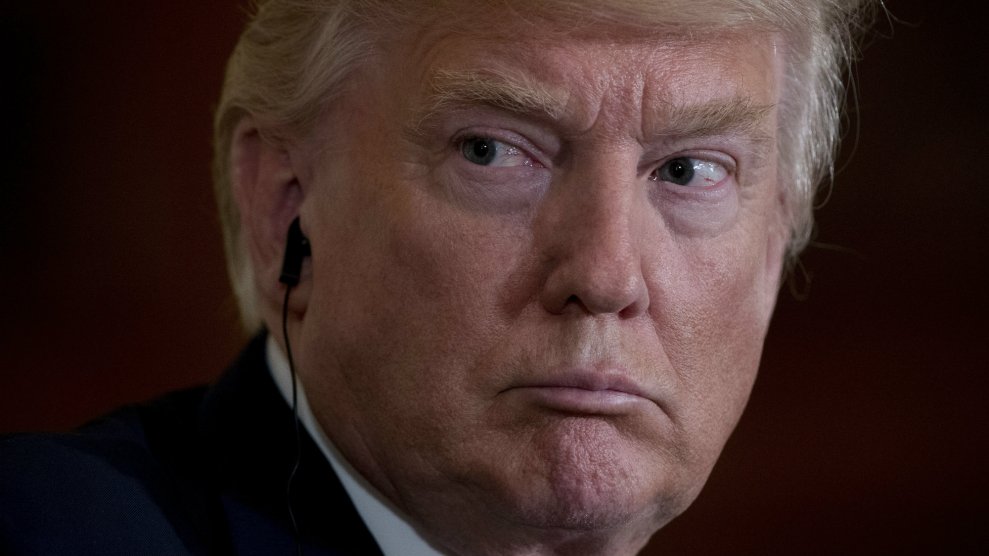 There are multiple investigations of the Trump-Russia scandal underway, including two conducted by the House and Senate intelligence committees, one by a Senate judiciary subcommittee, and one (or more) by the FBI. They cover a range of issues: Vladimir Putin’s secret operation to subvert the 2016 campaign to help Donald Trump win, interactions between Trump associates and Russia, ex-national security adviser Michael Flynn’s contacts with the Russian ambassador (and how the White House handled that controversy, as well as Flynn’s acceptance of foreign payments from Russia and other nations and his other business dealings), and, possibly, the business- and lobbying-related actions of Paul Manafort, who managed Trump’s campaign, and other people close to Trump. Now there is a need for a new investigation that focuses on Trump’s firing of FBI chief James Comey.

This could well be the most serious inquiry of all because it would raise the sensitive issue of impeachment.

When Trump pink-slipped Comey on Tuesday, his Justice Department released a three-page letter with reasons why Comey should be booted. The justifications were all related to how he managed the investigation of Hillary Clinton’s emails at the State Department. The criticisms were familiar and old: Comey had gone too far when he first held a press conference in July to declare the investigation was over but harshly criticized Clinton and then informed Congress days before the election that his agents had revived the investigation to look over a newly found cache of Clinton emails (which turned out to hold essentially no new information). Of course, Trump enthusiastically praised Comey for his October surprise, because it dealt Clinton a blow in the final days and conceivably helped Trump win. But now, suddenly, Comey’s conduct in that episode is supposedly the grounds for Trump showing Comey the door.

The initial news reports tell another story. Various insider accounts—yes, based on anonymous sources—indicate that Trump’s firing of Comey was motivated, at least in part, by Trump’s anger over the ongoing Russia investigation. Politico reports:

And who was the best target for his anger? Comey.

Last month, Comey appeared before the House intelligence committee, and his testimony put Trump in a bad spot. Comey noted that the FBI had no information to support Trump’s baseless charge that President Barack Obama had wiretapped Trump before the election. He was practically calling Trump a nut or a liar. Then Comey, in an unprecedented move, revealed that the FBI had been investigating interactions between Trump associates and Russia since last July. It was a stunning moment: the FBI chief disclosing that his bureau was running an investigation that could lead to his boss, the president. All of this showed the Trump-Russia scandal was still on fire.

If Trump fired Comey to impede the Russia investigation, he possibly engaged in obstruction of justice. That is a crime. That is a case for impeachment.

Naturally, Trump was enraged. He has dismissed the Russia story as fake news and a hoax. Comey said it was nothing but.

If Trump fired Comey to impede the Russia investigation, he possibly engaged in obstruction of justice. That is a crime. That is a case for impeachment. In fact, the first of the three articles of impeachment filed by the House judiciary committee against Richard Nixon in 1974 was for obstruction of justice. That article listed as one reason for impeachment: “interfering or endeavouring to interfere with the conduct of investigations by the Department of Justice of the United States, the Federal Bureau of Investigation, the office of Watergate Special Prosecution Force, and Congressional Committees.”

Trump certainly appears to have tried to interfere with the Russia investigation by dismissing Comey.

A congressional investigation of Trump’s action is warranted. There are White House and Justice Department officials who can be questioned on this subject. They can be asked how the firing was discussed and handled by administration officials. (Congress might also want to ask Comey about the president’s claim, in his termination letter to the FBI director, that Comey had assured Trump on three occasions that he was not a target of the bureau’s investigation.) There may be documents to subpoena. (One side issue: How could Attorney General Jeff Sessions participate in this decision, as he did, if he recused himself from anything to do with the Russia investigations because he had lied about his own meetings with the Russian ambassador?)

This is not simply a personnel matter. Trump does have the right to fire Comey. But if this was done to smother an investigation, Trump may have violated the law, defending himself and not the Constitution. He knows why he did this—and presumably so do Sessions and assorted White House and Justice Department officials. Congress needs to step in and guarantee for the American public that the president has not abused his power and obstructed justice to protect himself. And there are several committees in the House and Senate that could assume this critical mission. With Trump’s firing of Comey, the Trump-Russia scandal has moved from a tale of a foreign power undermining American democracy to the story of a president possibly doing the same.