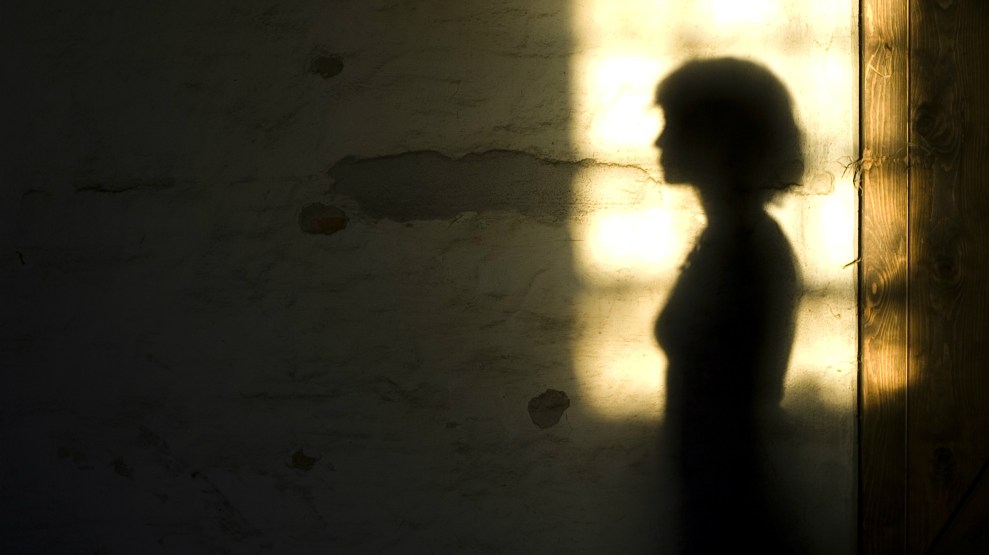 President Donald Trump’s January executive orders on immigration worried advocates working with survivors of domestic violence and sexual assault, who argued that their clients and other victims of crime would no longer be willing to seek help or cooperate with law enforcement. Their concerns were further justified when police departments in Los Angeles and Houston announced that Latinos in those cities were reporting sexual assaults at lower rates in the wake of hostile rhetoric and enforcement activity targeting undocumented immigrants. Now, a new survey provides the data that demonstrates a noticeable shift in immigrant survivors’ contacts with victim services providers in recent months.

“The results of this survey are troubling,” Cecilia Friedman Levin, senior policy counsel for ASISTA Immigration Assistance, said in a recent press call discussing the survey results. “It represents that there is uncertainty and distrust around the institutions that are supposed to provide [survivors] with protection and safety.”

“There is uncertainty and distrust around the institutions that are supposed to provide [survivors] with protection and safety.”

The “2017 Advocate and Legal Service Survey Regarding Immigrant Survivors” was conducted last month by a coalition of national organizations focused on domestic violence and sexual assault. The sponsors included the Tahirih Justice Center, ASISTA, the National Network to End Domestic Violence, and the Asian Pacific Institute on Gender-Based Violence. The groups collected responses from roughly 700 advocates and attorneys from 46 states and Washington, DC, asking them about the issues confronting immigrant survivors seeking services and information about specific incidents. They found that a majority of respondents are seeing an increase in fear among their immigrant clients, some of whom are fearful of even calling 911 or seeking medical assistance. Here are some of the highlights:

Anecdotes from respondents also shed light on the increased level of fear among immigrant survivors. “Survivors have a lot of questions about how they can safety plan under the new administration,” the report says, adding that some victims now question if they should submit petitions for relief to the federal government. In another response, the survey report notes that a 16-year old survivor attempted suicide because she feared that her offender would report her family to federal enforcement officials.

In the months since the immigration executive orders were announced, there has been confusion about what protections were still in place for the vulnerable subset of survivors of domestic abuse. US Immigration and Customs Enforcement has maintained that agency protections covering immigrant survivors and other victims of crime are still in place. But, in practice, the picture is quite different. The administration has largely overlooked these crime victims both in its statements on immigration and in the resources it has provided. Last month, the Department of Homeland Security launched a new office focused on crimes committed by immigrants and the president’s proposed 2018 budget promises to dedicate significant resources to immigration enforcement and crack down on sanctuary jurisdictions that refuse to participate in aggressive targeting of undocumented immigrants. The shift in tone has already had an effect: Earlier this week, a Baltimore defense attorney was arrested after allegedly offering an immigrant rape victim $3,000 to not testify against her alleged assailant, telling the woman that she risked deportation should she appear in court.

Immigrant survivors can still qualify for protections under the Violence Against Women Act, a 1994 law protecting victims of domestic violence, sexual assault, and stalking. But the administration’s activity could further exacerbate survivors’ reluctance to seek assistance. “We’ve seen a lot of people reach out and ask specifically for what people can do outside of the legal system because they’re afraid of deportation, or they’re afraid of law enforcement and they’ve been hearing a lot about raids,” Qudsia Raja, policy director at the National Domestic Violence Hotline, told reporters. “We’re having to work with advocates on safety planning outside of legal recourse.”

Advocates are also concerned that legislation working its way through Congress would negatively impact survivors’ willingness to report. Of particular concern is the Davis-Oliver Act, a bill that would give state and local law enforcement the power to enforce federal immigration laws, impose harsher penalties on undocumented immigrants, and punish sanctuary cities. The bill’s sponsor, Rep. Raul Labrador (R-Idaho) has argued that the bill is necessary to ensure public safety.

Those who actually work with immigrants disagree. They say public safety will suffer if harsh immigration policies are allowed to push immigrant survivors into the shadows. “The fear [among immigrant survivors] is still rampant,” Archi Pyati, chief of policy and programs at the Tahirih Justice Center, a group working with women and girls fleeing gender-based violence, told Mother Jones. “So long as the federal government continues down this road there are going to be immigrant women who are going to be hurt.”