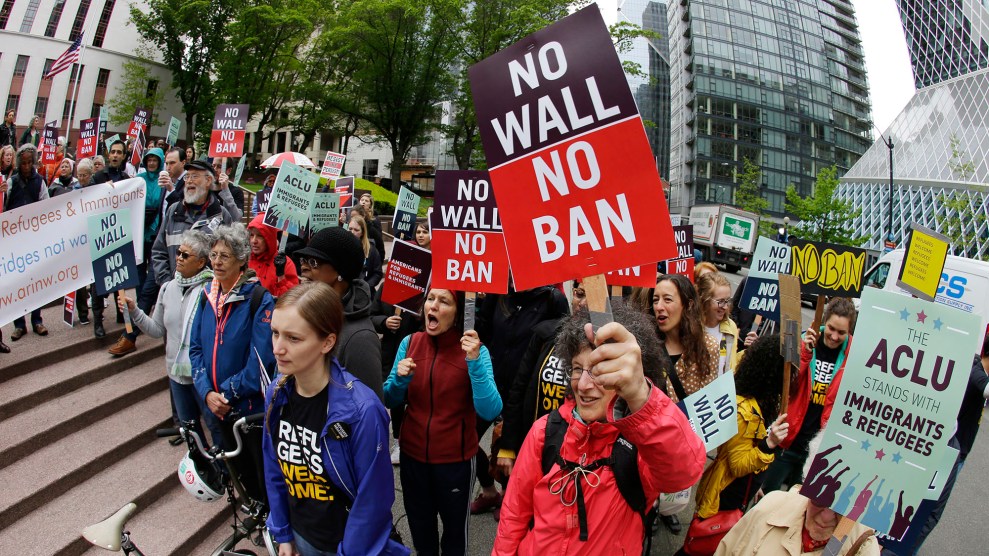 A federal appeals court dealt another major blow to President Donald Trump’s travel ban on Monday, once again ruling to block key provisions—and potentially making it less likely that the Supreme Court will reinstate the ban.

The 9th Circuit Court of Appeals upheld a lower court’s decision to block the major provisions of Trump’s executive order banning nationals from six Muslim-majority countries from entering the United States and putting the refugee resettlement program on hold. But the most significant element of the ruling might not be the injunction it left in place.

The 9th Circuit disagreed with the lower court on one small piece of the order—one with outsize importance for the case. In addition to the travel and refugee provisions, federal district court judge Derrick Watson, in Hawaii, had also blocked a portion of the order that instructed various agencies to conduct an internal review of worldwide visa vetting procedures. The government argued that blocking this piece of the order intruded inappropriately into the internal process of the government. The 9th Circuit agreed.

“[T]he district court nonetheless abused its discretion in enjoining the inward-facing tasks” in the order, the 9th Circuit found. The government is now free to resume its review process.

As Mother Jones previously reported, the review process is not an afterthought in the executive order. It is in fact the main reason that the Trump administration argued that it needed a travel ban in the first place. The order itself states that the ban is necessary so that the government can marshal all its resources in the service of this review. This fact has been largely lost in the legal back-and-forth over the ban, but it’s a key point. As of today, the government is free to conduct its review. If it completes the review before an injunction against the ban is lifted, then the entire fight over the ban could become moot.

Constitutional scholar Stephen Vladeck laid out the issue on Twitter shortly after the opinion was released:

10. And thanks to today's ruling, by the time #SCOTUS would hear the merits, this might all be moot (since the EO would've run its course).