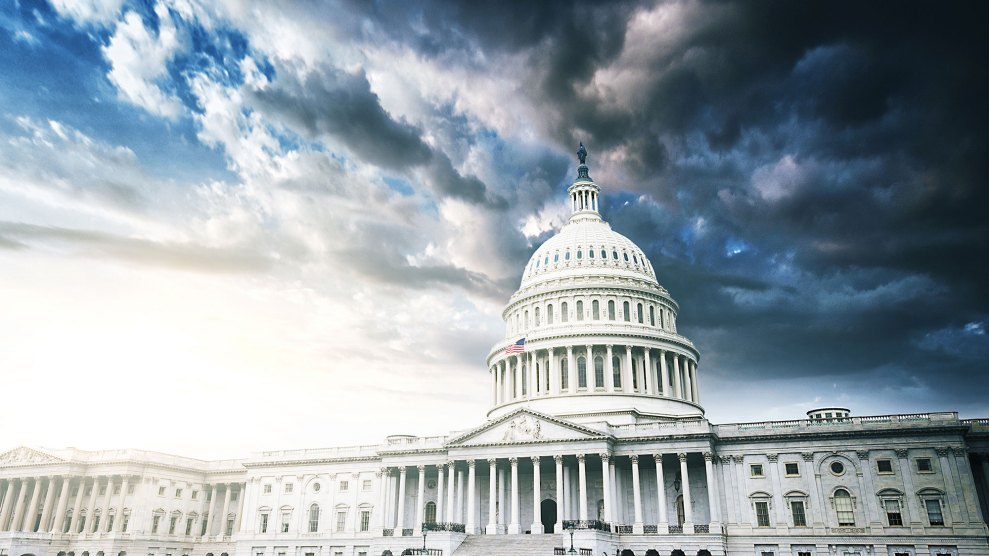 House Judiciary Committee Democrats on Wednesday renewed a demand for Rep. Bob Goodlatte (R-Va.), who chairs the committee, to schedule hearings to examine President Donald Trump’s firing of FBI Director James Comey and other questions surrounding the Department of Justice.

“The House Committee on the Judiciary has a responsibility to step up and do its job,” 16 Democrats* on the panel say in the letter.

“The House Committee on the Judiciary has a responsibility to step up and do its job.”

The letter highlights a problem confronting Republicans on the House and Senate committees charged with overseeing the DOJ. Many have no taste for investigating a chief executive in their own party, but Trump’s removal of Comey—along with questions arising from Attorney General Jeff Sessions’ inaccurate testimony to Congress about his contact last year with Russian officials—sits squarely within their jurisdiction.

Democrats on both committees are clamoring for those bodies to take lead roles in investigating whether Trump obstructed the FBI’s investigation into Russian meddling in the 2016 election, leaving the GOP committee chairmen struggling to justify their foot-dragging.

The letter from House Democrats details a series of rationales Goodlatte has offered for not looking into the matter. Goodlatte has argued for holding off because “the House and Senate Intelligence Committees are also conducting investigations,” the Democrats note, despite the Judiciary Committee’s primary responsibility for overseeing the Justice Department. Goodlatte has said the panel should steer clear of Comey and Russian interference because “investigations into these matters are ongoing,” an apparent reference to the investigation now being led by special counsel Robert Mueller. But the Democrats cite ample precedent for Congress and DOJ investigating matters at the same time.

Goodlatte has also said the committee “has already taken action,” through modest steps such as asking the department’s inspector general to look into the mishandling of classified information and requesting a briefing on Russian interference. Democrats say none of the actions “satisfy our obligation to oversee and protect the Department of Justice.”

Meanwhile, Senate Judiciary Committee ranking member Dianne Feinstein (D-Calif.) is urging Sen. Chuck Grassley (R-Iowa), the committee’s chairman, to expand that panel’s probe into Comey’s firing. Feinstein told CNN Monday that she and Grassley reached “general agreement” that the committee will look into Russian electoral interference, as well as into any improper political interference with the FBI during both the Trump and Obama administrations.

“We’re trying to establish what we’re gonna be focused on in months to come.”

But lawmakers and Judiciary Committee aides said the senators have agreed on few specifics.

Feinstein and Grassley have not worked out whether the panel will declare that it is investigating allegations that Trump obstructed justice, for example. The lack of a deal leaves it unclear how substantial a role the committee may play in probing Trump’s alleged efforts to impede the Russia inquiry.

Grassley has not agreed to several requests Feinstein made in a June 15 letter: Feinstein wants to ensure that Sessions appears before the committee before lawmakers’ August recess to address several issues, including his role in Comey’s firing. She wants Director of National Intelligence Dan Coats and National Security Agency Director Michael Rogers to testify to address reports that Trump asked both men to intervene in an attempt to rein in the FBI’s Russia investigation. Coats and Rogers angered many lawmakers by refusing under oath to say whether Trump pressured them. Feinstein also suggested subpoenaing Comey to require he testify before the panel if he does not reconsider his decision to testify only before the Intelligence Committee.

But in an earlier June 13 letter to Feinstein, Grassley devoted more words to arguing for investigating former Attorney General Loretta Lynch’s involvement in the FBI’s probe into Hillary Clinton’s handling of her emails than he did to Russian interference in the 2016 election.

Grassley also offered a sympathetic take on Trump’s anger at Comey. In testimony before the Senate Intelligence Committee, Comey acknowledged that he had told Trump he was not a subject of the Russia investigation at the time but had refused Trump’s request to say so publicly. Hence, Grassley wrote, Trump’s displeasure with the former FBI director “makes perfect sense.”

Grassley, Feinstein, and Sens. Lindsey Graham (R-S.C.) and Sheldon Whitehouse (D-R.I.) are set to meet with Mueller on Wednesday in a bid to ensure their investigation avoids interfering with the special counsel’s probe.

You can read the House Democrats’ letter below: