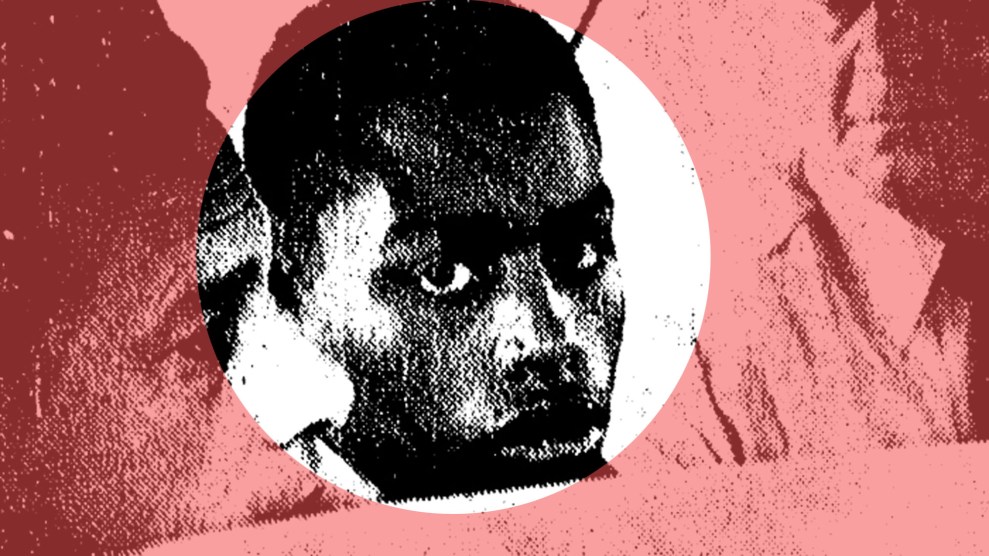 Until January 2016, Henry Montgomery seemed destined to die behind bars. Then the Supreme Court heard his case, and it looked like the 70-year-old inmate would soon be freed from Louisiana’s notorious Angola state prison, where he had been incarcerated for nearly half a century. The court ruled that a decision it had made in 2012, striking down sentences of mandatory life without parole for juveniles, applied retroactively. That meant Montgomery, who killed a law enforcement officer when he was barely 17, and others like him could petition the courts for resentencing and ultimately release. Justice Anthony Kennedy wrote that “prisoners like Montgomery must be given the opportunity to show their crime did not reflect irreparable corruption; and, if it did not, their hope for some years of life outside prison walls must be restored.”

But although the Supreme Court often appears all-powerful, its clout is more limited than it seems. Nearly 18 months after his victory, Montgomery is still sitting in Angola, and there’s no guarantee that he—or many of the roughly 1,000 others serving similar sentences across the country—will ever get out.

Montgomery’s saga began in November 1963 in East Baton Rouge, Louisiana, during a turbulent time of racial tensions, Ku Klux Klan activity, and cross-burnings. Montgomery, who is African American, was in 10th grade and playing hooky when he encountered the local sheriff, Charles Hurt, who was white. In a panic at being caught out of school, Montgomery allegedly shot and killed Hurt with his grandfather’s gun, which he had stolen.

The shooting set off a frenzy of law enforcement activity. Officers rounded up dozens of potential suspects, young and old, until they settled on Montgomery, who ultimately confessed, without the aid of a lawyer. At the time of Montgomery’s arrest, the Supreme Court had not yet required law enforcement to read defendants their rights or declared the right to defense counsel.

The media coverage of his arrest and trial was sensational: Newspapers referred to Montgomery as “Wolf Man,” a nickname friends had given him because of the size of his canine teeth, but which only heightened the perception that he was a dangerous criminal. The trial started on “Charles Hurt Memorial Day,” putting the victim back at the top of the news. An all-white jury quickly sentenced Montgomery to death.

Two years later, the Louisiana Supreme Court overturned his conviction, finding that the atmosphere around his trial was racially prejudiced and influenced by the media coverage. “No one could reasonably say that the verdict and the sentence were lawfully obtained,” the court wrote. In 1969, Montgomery got a new trial, and the second jury found him guilty but didn’t issue a death sentence. The murder charge carried a mandatory sentence of life without parole.

Today, Montgomery would be allowed to present evidence of mitigating circumstances, and his lawyers could argue that his youth and mental disability—he had an IQ of around 70—should be grounds for a reduced sentence. Instead, a state appellate court upheld his mandatory life sentence, and that was the end of his contact with a lawyer for decades to come.

The state sent Montgomery to Angola, a former plantation turned farm-labor penal colony that was one of the nation’s most violent prisons. Montgomery’s early years there coincided with its bloodiest period, when inmates were being killed, raped, and assaulted at a rapid clip. His family deserted him, and he saw few visitors. Nonetheless, Montgomery managed to thrive, despite the knowledge that he was doomed to die behind bars. He started a boxing team, where he was the coach and trainer. He worked in the prison silk-screen workshop, and in his nearly five decades of incarceration he has received few disciplinary write-ups.

In 2012, the US Supreme Court offered juvenile lifers such as Montgomery a glimmer of hope. In Miller v. Alabama, a case of two men who’d been sentenced to mandatory life without parole for crimes they committed at the age of 14, the court ruled 5-4 that such sentences were unconstitutional. Mandatory life without parole violated the Eighth Amendment prohibition on cruel and unusual punishment, the court said, because such sentences failed to recognize that adults differ from children, who have “diminished culpability and greater prospects for reform.” The court held that life-without-parole sentences should be used only for “the rare juvenile offender whose crime reflects irreparable corruption.”

The decision set off a flurry of litigation by inmates incarcerated as children who argued that the Miller decision should be applied retroactively. Montgomery filed a petition to have his sentence overturned without the help of a lawyer, but the Baton Rouge public defender’s office eventually took up his case. The local district attorney fought him every step of the way, and he lost in all the state appeals courts. But in 2015, the US Supreme Court agreed to hear his case.

In January 2016, the court ruled in Montgomery’s favor, with Kennedy writing that the decision, which gave juvenile lifers a shot at parole, “would afford someone like Montgomery, who submits that he has evolved from a troubled, misguided youth to a model member of the prison community, the opportunity to demonstrate the truth of Miller’s central intuition—that children who commit even heinous crimes are capable of change.”

But the decision was only the beginning of Montgomery’s fight.

The Supreme Court decision gave states a lot of leeway in how they handle cases like Montgomery’s and punted the details to lower-court judges and state legislators. In Louisiana, a judge could reduce Montgomery’s sentence to life with parole, but that would leave his fate to Louisiana’s notoriously stringent parole board, which could deny him release. The Supreme Court also left room for judges to simply resentence eligible inmates to life without parole by declaring them irreparably corrupt. And that’s exactly what the Baton Rouge district attorney pushed for in Montgomery’s case.

Marsha Levick, the chief counsel for the Juvenile Law Center who assisted with Montgomery’s Supreme Court case, says such a sentence would be absurd. “He is an old man,” says Levick. “The idea that there is any value for anyone to be gained by keeping him in prison is to me completely unfathomable. It’s just throwing money away to house him in an environment that he has more than earned the right to be let out of.”

Montgomery’s case has languished in part because the state didn’t know quite how to handle Louisiana’s 300 juvenile lifers who’d won the right to resentencing. Should an inmate have a full-blown sentencing hearing that would resemble those used in capital cases? And who should decide the outcome, a jury or a judge? The courts put Montgomery’s case on hold while the state Legislature considered a bill that would automatically grant juvenile lifers a shot at parole after they’d served 30 years in prison. But the bill died last summer, and although it’s been taken up again this year, the courts have decided to move forward without any new legislation. Some juvenile lifers have been able to win plea bargains that freed them, but they aren’t the majority.

Working against Montgomery is the fact that the adult children and grandchildren of his victim have been involved in the process and are opposed to his release. His case also threatens the state’s heavy reliance on prison lifers as a source of cheap labor. For instance, the state uses aging and harmless lifers like Montgomery to staff the governor’s mansion, where they serve dinner to various dignitaries. A lifer served as former Gov. Bobby Jindal’s personal butler and cared for his children for eight years while he was in office—an admission, perhaps, that maybe these aren’t such dangerous people after all. (During his time in office, Jindal reduced the sentences of only three inmates. One of them was his butler.)

Montgomery is one of many juvenile lifers whose sentences remain in limbo after the Supreme Court decision. Michigan, for example, has about 350 juvenile lifers behind bars. Since the Supreme Court decision in Montgomery, the state has begun resentencing them. Levick says that in about 85 percent of those cases, prosecutors are again seeking life without parole. In one jurisdiction, the local prosecutor is the same former judge who sentenced many of the inmates to life in the first place. She has requested new life sentences for 44 of 49 inmates serving life without parole for murders they committed before the age of 18.

Levick says prosecutors and judges are ignoring the high court’s mandate that sentences of life without parole for juveniles should be rare and reserved for the worst of the worst. “The whole point of those cases is that they are second-chance cases,” Levick says. “The Supreme Court was very explicit about what they wanted.”

Jody Kent Lavy, executive director of the Campaign for Fair Sentencing of Youth, visited Montgomery in Angola earlier this year and says that because of the resistance of states like Louisiana and Michigan to implementing the Montgomery decision, the high court really “needs to take another step to bar life without parole [for juveniles] outright.” She notes that local district attorneys are usually elected, and so the Montgomery decision “still leaves room for racially charged decisions, politically motivated decisions, as opposed to what is fair. It keeps me up at night.”