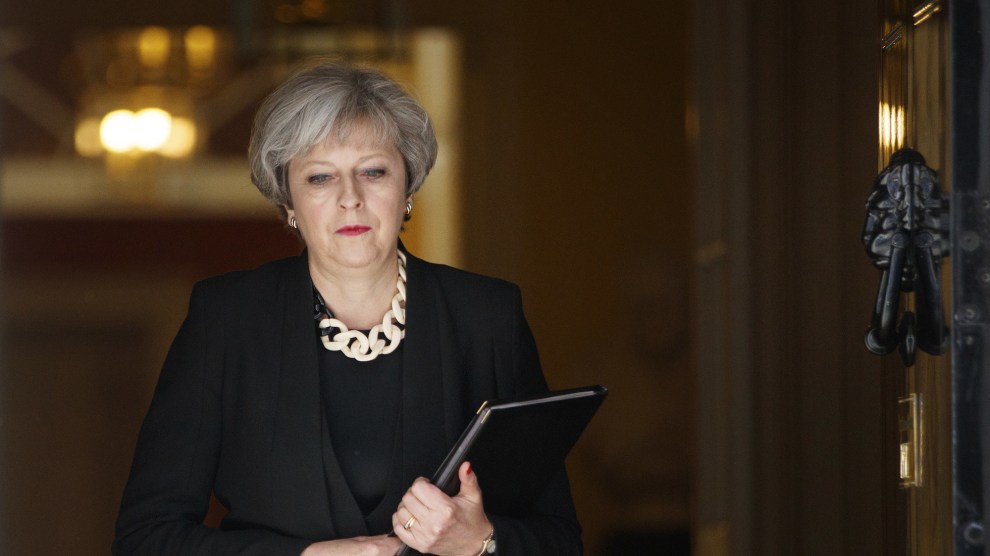 When British Prime Minister Theresa May called in April for an impromptu general election, the announcement shocked the British public and pundits. May, who was chosen to lead the Conservative Party after David Cameron resigned last year, had frequently promised not to call for a vote before the next scheduled general election in 2020, claiming that the country needed a period of “stability” in the wake of last year’s tumultuous decision to leave the European Union. But still, she reversed herself and made a bet: By putting all 650 seats in the House of Commons up for grabs, her party might be able to increase its current, narrow majority in Parliament—further legitimizing May’s leadership and strengthening her hand in upcoming Brexit negotiations.

At the time, all signs seemed to point toward a Conservative landslide. Opinion polls showed the party with 20-plus point leads over Labour, and the pound surged to a six-month high upon her announcement of the snap election. But today, as voters across the United Kingdom head to the voting booths, the race has narrowed drastically—one poll published on Monday put the Conservative Party just a single point ahead of Labour—and May’s gamble might be backfiring.

The final weeks of the campaign have been dominated by discussion of recent terror attacks in major UK cities, first at an Ariana Grande concert in Manchester and then, this past Saturday night, in London. In the attacks’ aftermath, May’s critics, including Labour Party leader Jeremy Corbyn, have taken aim at the prime minister’s national security record and even called for her to resign, arguing that in her six years as Home Secretary, May oversaw critical reductions in police funding and in the number of officers. On the defensive, May claimed Tuesday that she was looking at a raft of counterterrorism proposals, which could involve curfews, restrictions on terror suspect travel and communication, and longer periods of pretrial detention, according to the Guardian. “If human rights laws stop us from doing it, we will change those laws so we can do it,” she said.

President Donald Trump hasn’t helped May’s cause. The prime minister was already seen by many as too cozy with the American president, extending him the honor of a state visit to the UK, an invitation only two presidents have received since 1952, and initially declining to condemn Trump’s travel ban. Then, after the London attack, Trump’s Twitter outbursts targeting London mayor Sadiq Khan—the first Muslim to be elected to his position—caused widespread outrage, with Khan and other political leaders calling for Trump’s state visit to be cancelled. It took May nearly three days to come to Khan’s defense, calling Trump’s criticism of the mayor “wrong,” but she has so far declined to cancel the state visit.

It’s unclear at this point how the aftermath of the attacks will affect the British vote in this surprisingly close race. But if there’s anything to learn from the last year of elections, it’s not to rely solely on the predictions of pollsters. Our friends at BuzzFeed UK will begin live streaming the results when the polls close at 5 p.m. EDT.