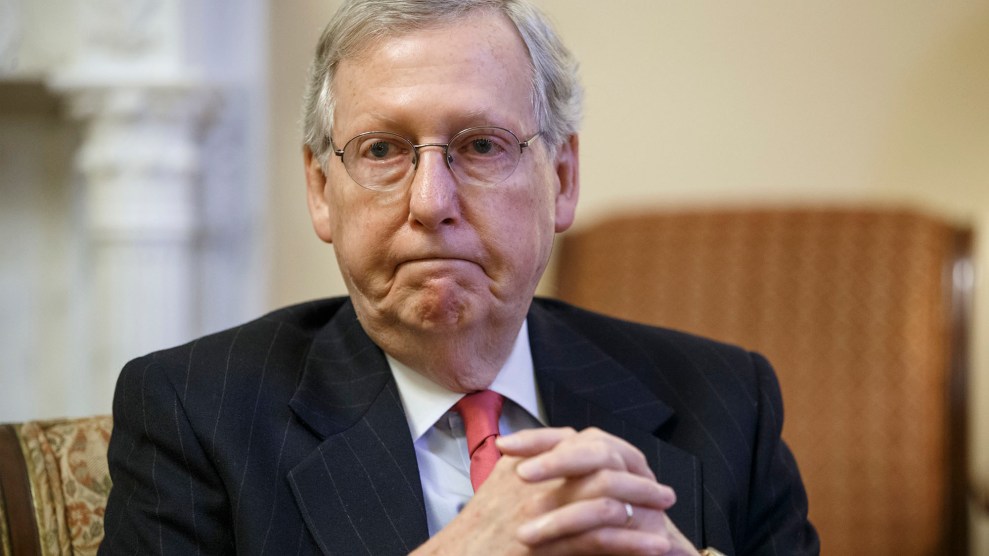 Over the past few months, Republicans have trotted out a variety of ideas for killing Obamacare. Each of their various bills has shared one key trait: They would all leave tens of millions more Americans without health insurance.

The GOP proposals take slightly different approaches, but most of them have a number of similarities: rules that let insurers charge older Americans higher rates; less generous subsidies to help low-income families buy coverage; rollbacks to Obamacare’s protections for people with preexisting conditions; and massive cuts to Medicaid that would exclude millions of people from the government program in the future. And each time a new bill has been introduced, the nonpartisan Congressional Budget Office has concluded that many, many millions more people would be uninsured than under Obamacare.

There have been lots of stats thrown around for each plan, so we at Mother Jones decided to simplify things for you and compare how each piece of legislation would change the number of uninsured Americans—both next year and a decade down the road. The chart below comes from the CBO’s various reports.

How many Americans will be uninsured?

According to the CBO, the most damaging bill would be Senate Majority Leader Mitch McConnell’s (R-Ky.) current plan, which would simply repeal many parts of Obamacare. That bill wouldn’t take effect for two years, which would theoretically give Congress time to come up with a replacement plan. But the CBO didn’t buy that logic; it predicted that under the proposal, an extra 17 million people would go without insurance in 2018. That would jump to an extra 32 million people lacking insurance in 2026.

The GOP bills wouldn’t just cause a spike in the number of people without insurance. The CBO predicts that the proposals would impact premiums and deductibles. For the repeal-only bill, the CBO says premiums would double by 2026. In the revised Senate bill that Republicans might attempt to revive next week, the CBO estimates that a standard deductible will be $13,000 by 2026.

One big question mark is the much-discussed amendment being pushed by conservative firebrand Ted Cruz (R-Texas.) The Cruz amendment, which could be attached to any of the existing proposals, would allow insurance companies to sell policies that don’t comply with Obamacare’s regulations. The CBO hasn’t scored that proposal yet, so it’s not in the chart above. But the Kaiser Family Foundation expects that under the amendment, 1.5 million people would face much higher premiums thanks to their preexisting conditions.