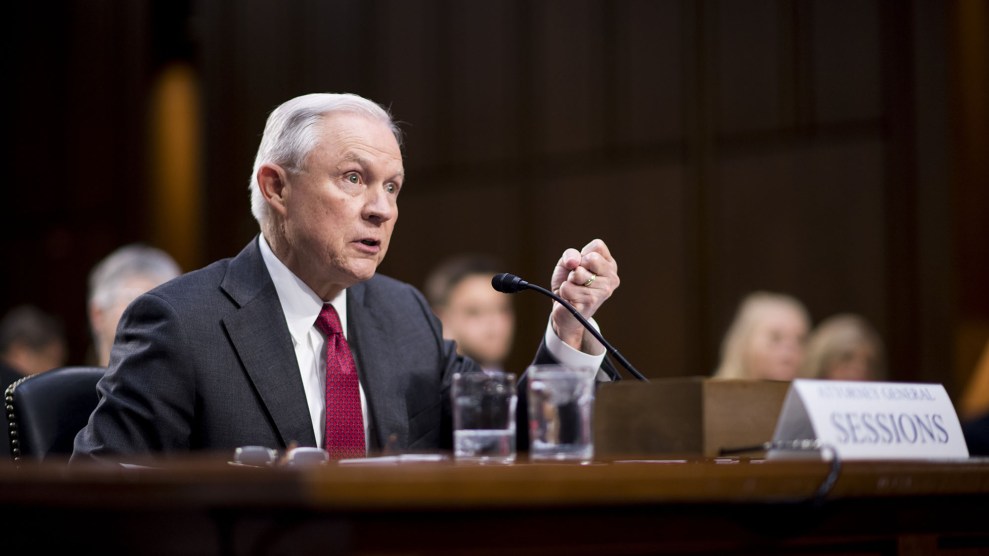 The Justice Department has just made its sharpest break yet with the Obama administration on voting rights, shifting its position on a contested voter ID law in Texas and arguing that additional action is no longer needed to protect the rights of the state’s minority voters.

In 2011, Texas passed a law that required voters to show a government-issued photo ID to vote. The law, one of the strictest in the country, did not allow people to vote with state university-issued IDs, although weapons permits were acceptable, along with driver’s licenses, passports, and military IDs. A federal judge later found that 608,470 registered voters in Texas, many of them young and minority voters, now lacked the identification needed to vote. This April, that judge, Nelva Gonzales Ramos, ruled that the law had a discriminatory effect on African American and Hispanic voters and that it was passed with that effect in mind.

The state’s Republican-controlled legislature feared that the courts would impose a remedy that could even require Texas to get federal approval for all future voting laws. To prevent this, the legislature amended the law this spring. If the courts allow it to take effect, the revised law would allow people to vote with an alternative ID if they sign an affidavit swearing that a “reasonable impediment” prevented them from obtaining an approved form of ID and indicate what that impediment was. Voters who claim falsely not to have an approved ID would face a felony charge and possible jail time. The law still prohibits people from voting with state university IDs.

The voting rights attorneys fighting the law argue that the changes don’t do enough to accommodate voters and shouldn’t release Texas from punishment for intentional discrimination in the original bill. They have asked the court to void the old law, a move that would also void much of the new one. Chad Dunn, a voting rights attorney for the plaintiffs, argued to Judge Ramos last month that the state changed the law in order to avoid a court-imposed remedy. “It is a litigation strategy masquerading as a legislative function,” he said.

The Justice Department “simply has no more credibility in this litigation,” Dunn told the Texas Tribune after the government’s latest brief. “For six years, the Department of Justice stood on the side of voters arguing that Texas’ unnecessary voter photo ID law was enacted with discriminatory intent, then after the new administration was sworn in, one of DOJ’s first acts was to back out of the case.”

Remarkably, not all of the attorneys on this case signed the Justice Department’s brief. The department currently has 14 attorneys working on this case, according to the court docket. But only three of them signed the brief: the one Trump appointee on the case and two career department attorneys.

Refusing to sign onto a brief is one of the few forms of protest available to career attorneys in the department—and it’s rare. “That’s the ultimate act of rebellion,” William Yeomans, a former prosecutor with the department’s Civil Rights Division, told ProPublica when one of the attorneys did not sign onto the February filing in which the department first changed its position on the issue of discriminatory intent. Several attorneys who did sign the February brief appear to have backed off this latest brief, indicating growing discomfort with the direction that the political appointees in the department are taking.

Regardless of Judge Ramos’ decision in the case, the ruling will likely be appealed to the 5th Circuit Court of Appeals. From there, it’s probably headed to the Supreme Court, where Chief Justice John Roberts has expressed an interest in the case.