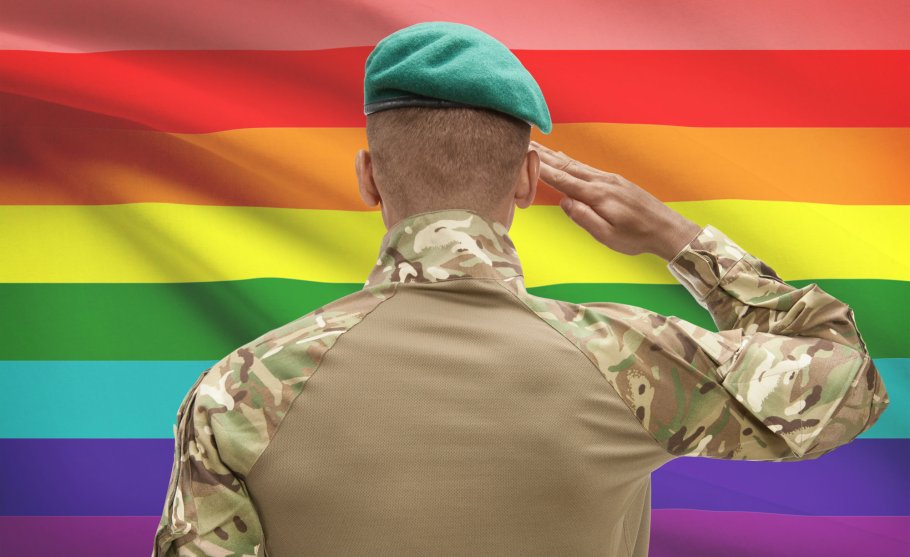 With three tweets Wednesday morning, President Donald Trump put in peril the careers of an estimated 15,000 service members, saying the federal government would “not accept or allow Transgender individuals to serve in any capacity in the U.S. Military.”

The move is an abrupt turnaround from the Pentagon’s decision last year that finally permitted openly transgender people to serve, after a report commissioned by the Defense Department found that their presence in the military would “cost little and have no significant impact on unit readiness.” Trump’s directive could potentially mean that transgender people who have come out since then could be forced out of the military.

Harper Jean Tobin, director of policy at National Center for Transgender Equality, says the public should take Trump’s tweets seriously. “This is not only a statement of intent, but this is an instruction to the Defense Department to do exactly what he says,” Tobin said. “Technically the Defense Department would need to issue new instructions, which could happen very quickly.” Trump could also use an executive order to codify a ban.

Tobin argues such a move will raise serious constitutional questions: “It’s bound to be challenged in court if such a foolish and irresponsible decision lasts a long enough time to be ruled on in court.”

Some civil liberties lawyers consider this announcement by the president comparable to his efforts to impose travel bans, especially in terms of the potential lawsuits it is likely to trigger. Peter Renn, an attorney with Lambda Legal, tells Mother Jones, “It seems quite likely that if this ban is actually implemented, litigation will ensue. We saw that with president’s travel ban, and I think we can expect a similar level and scope of response potentially to this ban on open service by transgender people.” Lambda Legal is already working on a potential legal response with Outserve-Servicemembers Legal Defense Network, an organization that provides legal aid to LGBT people in the military and LGBT veterans.

The central question is one the courts have already faced in many transgender rights cases, such as those challenging policies forcing people to use the bathroom of their sex assigned at birth: Does discrimination against transgender people fall under the broad area of discrimination on the basis of sex, which would violate federal law?

If the courts determine that it does, then the administration will have to show “it had some basis to justify the discrimination,” explains Adam Winkler, a constitutional law professor at the UCLA School of Law. This is the same question courts have posed in the lawsuits over Trump’s travel ban. In both cases, Winkler says, statements from Trump or his aides could work against the administration if they give the impression that new restrictions were guided by hostility rather than sound public policy.

On top of that, Sasha Buchert, a veteran and staff attorney with Lambda Legal, explains Trump’s tweets were harmful for transgender people who are currently serving in the military. “I served before the ban was removed,” she said. “I absolutely loved serving, and I’m very proud of that service. I didn’t reenlist because I knew that I couldn’t be who I am so I needed to get out of the military, which was really sad for me.” Buchert says such a policy creates a threatening environment for transgender people in which they have to constantly worry about being outed.

The stakes for transgender service members appear to be high, but exactly what the new policy will look like is unclear. The Department of Defense referred questions to the White House, which didn’t respond to a request for comment.

During a White House press briefing this afternoon, Sarah Huckabee Sanders said the White House would be working with the Department of Defense to establish the policy. “This decision was made after intensive discussions with his national security team,” Sanders said. “The president decided it was in the best interest of the military to end this…policy.”

She then threatened to stop taking questions if reporters kept asking her about it. “Guys I really don’t have anything else to add on that topic,” she said. “If those are the only questions we have, I’m gonna call it a day.”