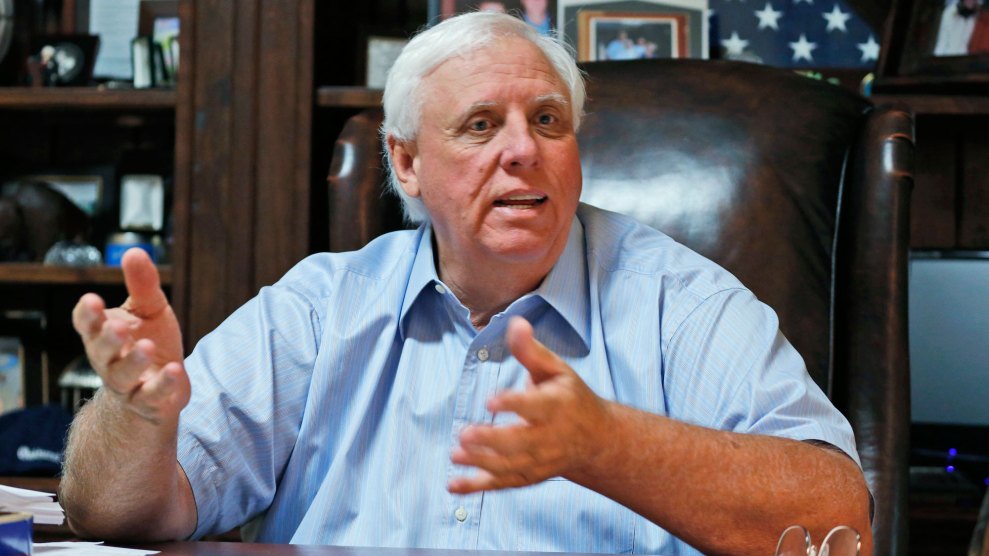 The New York Times reported Thursday that Jim Justice, the Democratic governor of West Virginia, will announce his switch to the Republican Party when he joins President Donald Trump at a campaign rally in his state this evening. The defection of Justice, a coal baron who was elected easily in 2016, would bring the number of governors mansions under GOP control to 35 and give the party full control of West Virginia’s state government for the first time since before the New Deal.

Justice’s big move is a jolt, but hardly a shocker. He is very much a politician in Trump’s mold. Like the president, Justice is a populist billionaire and a casino-owning golf-course magnate with a penchant for putting his foot in his mouth and feuding publicly with the state’s Republican leaders. Like Trump, Justice hobnobs with NFL owners; the New Orleans Saints hold their training camp at Justice’s West Virginia resort. A Republican before running for office, he switched parties to run in the Democratic primary but never fully embraced his new digs. During the Democratic primary, he called the prosecution of fellow coal baron Don Blankenship—for conspiracy to commit mine safety violations—a waste of money. His campaign followed a script that will look familiar to anyone who was paying attention last year. As I noted last fall:

He also ran as an unabashed counterweight to national Democrats. He questioned whether climate change was in fact man-made (“I believe there’s an awful lot of scientists that say, ‘No, no, no, this is just smoke and mirrors.’”), promised to work to revive the lagging coal industry, and said he wouldn’t vote for Hillary Clinton. In October, National Public Radio reported that Justice owed $15 million in back taxes. The same report found that Justice had stiffed charities he’d promised money to. Before he’d even entered the race, Justice was dogged by revelations that his companies owed millions of dollars in fines for mine safety violations.

In almost any other state he would have been a Republican, and now he’s made the process complete. It may only be a matter of time before the rest of the state follows suit. Democrats controlled four of the state’s five federal offices, and the entire executive branch, as recently as 2010. Now the lone survivor in a state Trump carried by 42 points is Sen. Joe Manchin. He’s up for re-election next year.