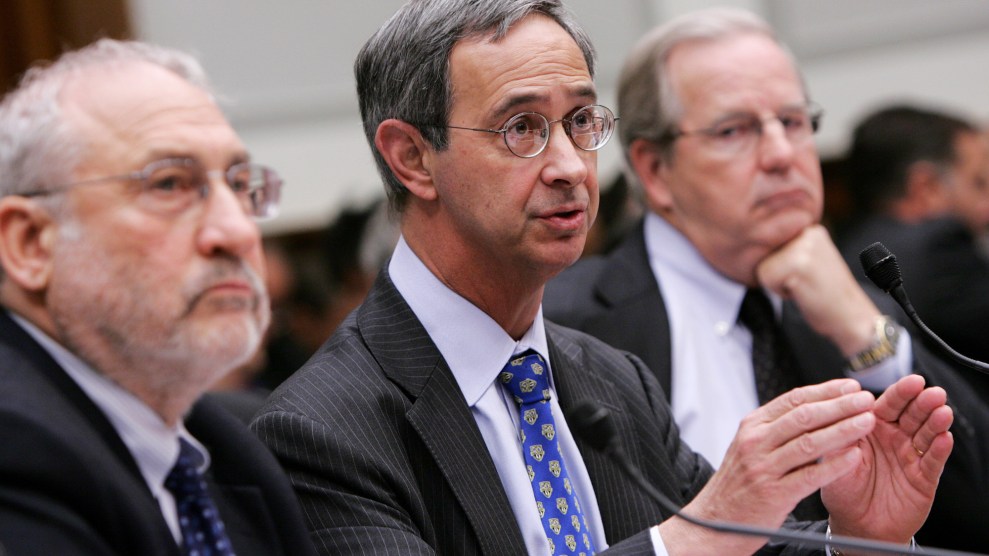 University of Rochester professor T. Florian Jaeger, the subject of a 2016 sexual harassment complaint who was found by his university not to have violated its policies, will no longer teach an undergraduate course there this semester. According to an email from Jaeger to students enrolled in the class, which was provided to Mother Jones separately by two students, the university has appointed a different instructor.

Jaeger “made it clear that students who wanted to excel needed to please him, socially and sometimes sexually,” the complaint alleges.

Eight current and former members of UR’s brain and cognitive sciences department filed identical EEOC complaints about two weeks ago alleging that Jaeger, the university, and several administrators violated laws that ban discrimination in the workplace and in federally funded education. Their 111-page complaint, first reported on by Mother Jones, claims that Jaeger contributed to a “hostile environment” for some graduate students, post-docs, and faculty members and alleges that over a 10-year period Jaeger’s behavior caused 11 women to actively avoid him and lose out on educational opportunities. Jaeger “made it clear that students who wanted to excel needed to please him, socially and sometimes sexually,” the complaint alleges.

In his email to students on Tuesday, Jaeger apologized for the “emotional turmoil” that they were experiencing. “It might be hard to believe for you at this point, but I have always tried to make my classes and my lab an exciting, save [sic], and supportive place to pursue science,” Jaeger wrote in the email, while also claiming that he knew of students who disputed the sexual harassment allegations against him during UR’s 2016 investigation. “The investigation last year also presented an opportunity for me to educate myself further about how women are affected in academia, to reflect on how I acted in the past, and how I want to act in the future,” he wrote.

On Tuesday night, UR president Joel Seligman held a three-hour town hall attended by hundreds of students, one attendee estimated, and streamed live by a student group. There, Seligman said the university intends to open a new investigation, which will look at many of the EEOC complaint’s allegations that UR employees retaliated against professors involved in the complaint about Jaeger. The university will also convene a commission on women and gender in academia, hire an independent reviewer to examine its process for investigating sexual harassment, and may consider new evidence in the case against Jaeger if additional witnesses come forward. Seligman said he personally believed that some of the allegations in the EEOC complaint were “totally false” and others were “probably true”: “The question is, ‘Do they rise to a level where they are actionable under our standards?'” he said.

“If you believe every allegation in the complaint, we failed horribly,” Seligman added. “I am going to move heaven and earth to attempt to reassure everyone in this room and in this community that our community is not as described in that complaint.”

“It was, I hope, humanizing for President Seligman to see the anger and the hurt and the sadness being felt by the student body right now,” said one student activist. “I’m hoping that he felt that.”

During the town hall, Seligman also echoed a speech made by Education Secretary Betsy DeVos last week in which she announced a review of federal guidance on Title IX, the federal law that prohibits sex and gender discrimination in education, and equated sexual assault survivors’ experiences with those of students accused of attacking others. “There can be victims on both sides” of a sexual misconduct claim, Seligman said. “I am trying to create a system that is as fair as it possibly can be.”

The town hall “was loud—people were very angry,” said Lindsay Wrobel, a UR senior who is leading protests against Jaeger and the university’s response. “It was, I hope, humanizing for President Seligman to see the anger and the hurt and the sadness being felt by the student body right now. I’m hoping that he felt that.”

Wrobel and alumna Jenna Register are planning a protest against Jaeger tomorrow, and Wrobel says that if Jaeger is not fired by the end of the day, she will begin a hunger strike. The two women met with Seligman yesterday to discuss his response to students who are upset about the university’s handling of sexual misconduct cases.

At the town hall, Seligman apologized for a previous statement in which he compared the allegations against Jaeger—assertions made by named witnesses, including UR faculty members, and filed in the federal EEOC complaint—to the anonymous gang rape allegations made in a retracted 2014 Rolling Stone article. In that statement, he urged students to “consider these allegations for what they are: assertions that remain unproven despite two thorough investigations.”

A Change.org petition to remove Jaeger and reevaluate sexual harassment policies at UR had amassed more than 6,000 signatures as of Tuesday night.