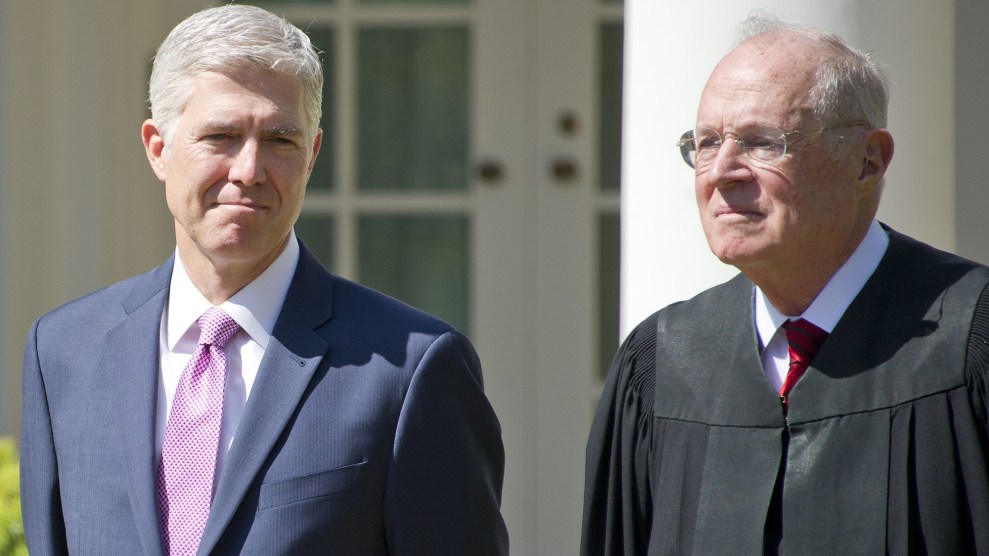 The conservative majority on the Supreme Court waded into the legal battle over Texas’ redistricting maps, allowing the state to retain congressional and state House district lines that were found discriminatory by a lower court. The court’s decision, issued over the dissent of the four liberal justices, means that districts that appeared set to become more competitive will now be more easily retained by Republicans in 2018.

The court did not rule on whether Texas’ maps were discriminatory. Instead, it granted Texas’ request to keep the old maps in place until the Supreme Court has reviewed the lower court’s finding of racial discrimination. The decision is a sign that the court may be sympathetic to the state when it issues a final ruling on the issue, likely next year.

The ruling is not just a political blow to Democrats seeking to regain the House of Representatives in 2018. It’s a harbinger of where the Supreme Court stands on the question of discriminatory redistricting. After Texas created new maps in 2011, a federal district court in Texas this year found that certain districts in those maps—as well as slightly altered maps adopted in 2013—were drawn in a way that discriminated against Hispanic and African American voters. The court also found that the Republican-controlled legislature intentionally discriminated in creating those districts. The issue of intentionality is important because it allows the courts to place Texas under a process laid out by the 1965 Voting Rights Act called “preclearance,” under which all changes to elections would have to be approved by the federal government. Courts have repeatedly found that Texas sought to undercut the power of minority voters through its political maps, voter ID law, and other election reforms. The state has lost nine racial discrimination cases since 2011.

But the Supreme Court’s 5-4 decision to halt the creation of new electoral maps signals that the conservative majority is skeptical of the lower courts’ discrimination findings and likely to uphold the maps. As election law expert Rick Hasen noted on his blog, “What this means is that the 5 conservative Justices, including Justice Kennedy, are sufficiently confident that Texas could win this case (or that the plaintiffs won’t suffer that much harm to have another election under unconstitutional and illegal lines) to grant this stay.” In other words, Democrats and voting rights groups hoping to sway Justice Anthony Kennedy, the conservative swing vote on the court, could face an uphill battle.

The Supreme Court is unlikely to issue a final ruling on the maps before June, at which point it will be too late to create new maps ahead of the 2018 midterm elections.