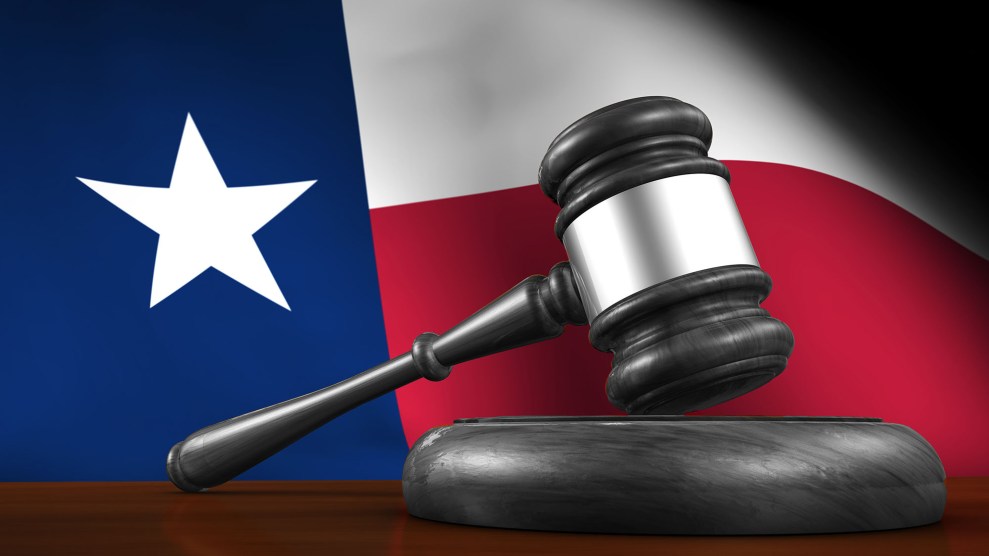 From 2000 to 2010, Texas’ population ballooned by 4.3 million people, giving the state four new congressional seats. Latinos and African Americans accounted for roughly 80 percent of that growth. But when Texas drew new political maps in 2011, it created four majority-white, safe Republican districts. The Supreme Court could rule next year on the constitutionality of this extreme gerrymandering, as well as two other voting rights issues that could shape the future of politics in Texas and across the country. And where the Obama administration worked alongside voting rights groups to fight the changes in Texas, Donald Trump’s Justice Department has defended the state, arguing in one case that the discrimination has been fixed. Here’s what hangs in the balance in these three big cases.

What happened: After Texas Republicans drew their maps in 2011, a district court found that they discriminated against black and Latino voters through race-based gerrymandering, and ordered the state to adopt new interim maps while the 2011 maps awaited preclearence. The state permanently adopted those interim maps in 2013, but the latter were also found to be intentionally discriminatory earlier this year, and a federal court ordered that some districts be redrawn. But instead of allowing new maps to be drawn, the state appealed to the Supreme Court. On September 12, Supreme Court Justice Samuel Alito granted a stay of the lower court’s orders, allowing the discriminatory district to remain in place while the Supreme Court considers the case.

What’s at stake: Thanks to gerrymandering, there is currently just one competitive congres­sional district in all of Texas. This case will determine whether the courts create new political maps for the 2018 midterms and 2020 elections, which would give Democrats a chance to compete in more districts. Because of a special legal carve-out, the decision will head next to the Supreme Court, which might then have to answer the biggest question surrounding gerrymandering: Where is the line between partisan discrimination (generally allowed) and racial discrimination (generally not)? This is especially important in the South, where the vote breaks down largely along racial lines.

What happened: In 2011, Texas created a photo ID requirement for voters that two district courts found intentionally discriminated against minorities. The law allowed voters to use gun licenses, which whites are more likely to have, at the polls, but not state university IDs, which minorities are more likely to rely on. In April, a federal district judge issued a permanent injunction against the law, and in August blocked a modified version, in both cases deeming the law intentionally discriminatory. Weeks later, the 5th Circuit stayed the injunction pending appeal, and will likely hear the case this fall. Chief Justice John Roberts has also expressed interest in the case. Meanwhile, the Justice Department walked back its Obama-era opposition to the law and wants the court to allow the modified version to take effect.

What’s at stake: If the Supreme Court wipes out the lower courts’ finding of intentional discrim­ination, it could embolden legislatures across the country to enact new voter ID laws. Meanwhile in Texas, the future of voter ID is still up in the air. The GOP-controlled government passed a milder version of the draconian 2011 law in order to avoid a rebuke by the court, but it still allowed gun licenses and banned student IDs. That version remains in effect due to the 5th Circuit’s order.

What happened: After Pasadena redrew its City Council districts, a court determined that the move was intended to reduce Latinos’ voting power. It found the discrimination so bad that it ordered the city to clear any future changes to its voting laws with the federal government, making it one of the few jurisdictions in the country subject to the federal preclearance provision of the Voting Rights Act, which the Supreme Court gutted in 2013.

What’s at stake: This case is before the 5th Circuit and will likely be appealed to the Supreme Court. Ultimately, it will signal whether the courts punish jurisdictions for purposeful discrimination or further erode the Voting Rights Act and empower states like Texas to impose new restrictions that weaken minorities’ voting power.