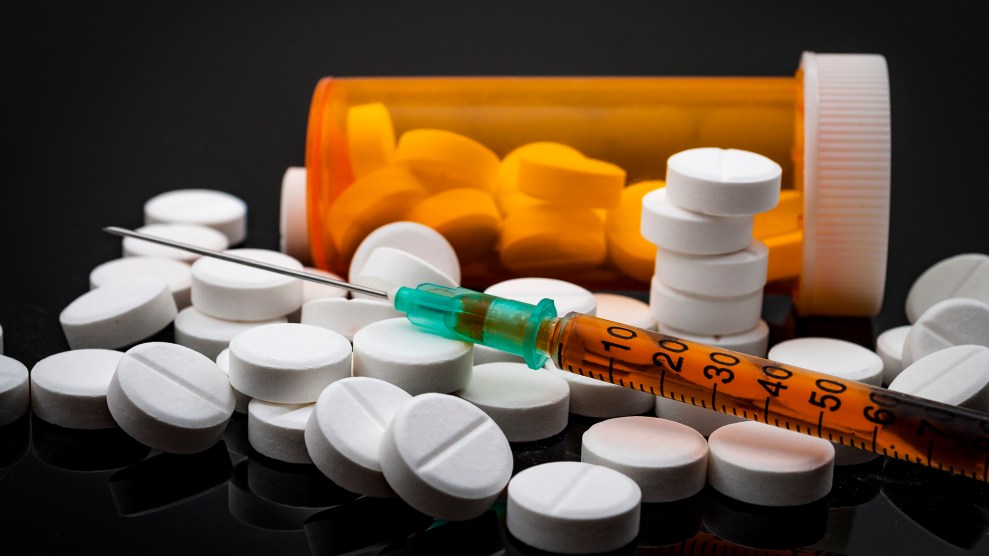 Editor’s note: Kerri Mongenel has been a caseworker for nine years with Ashtabula County Children’s Services, in northeast Ohio. Earlier this year, Julia Lurie wrote about her work in a piece on children who have lost parents to drug use or overdose. Mongenel periodically blogs about the ups and downs of the job, with a focus lately on how the opioid epidemic is ravaging the families she works with. What follows is a version of a recent blog post.

On Monday morning, I arrive at work, check e-mails, listen to voice messages, make coffee. My teammates are bustling about. I receive a call early in the morning saying the police are requesting assistance. All we know is that there has been an overdose, and that there is an infant about six months old at the home. No names, no other info, just an address.

I hate that I have to be a social worker, when I just want to hug them and cry and say, “I’m so sorry.”

I grab one of my teammates. We snatch a car seat and the agency van and off we go. The sun is shining, the weather is warm. We pull up to find the usual police cars, detective cars, and an ambulance. I enter the apartment and there are first responders everywhere. Social work mode kicks in. I find the baby in the crib, smiling and cooing. An EMT stands near him. My teammate changes his diaper and gets him dressed. We gather formula, diapers, clothing. The apartment is unusually clean and tidy for the clients we typically see.

All of a sudden a smell fills my nose that I’ve never smelled before. It was warm, sour, and very off. I weave in and out of the police as they tell me the mother’s name and what they think the baby’s name is based on a crib card they found. No relatives are known at that time. I walk back through and glance to my side.

There she lies. Mom. Pale, not breathing. Usually, they’ve taken the parent out of the home before I arrive. But there she is, and she isn’t coming back. Everything goes into a spin. The police say a man was there who may be charged for giving her the drugs. I grab the baby and request custody.

“The epidemic,” they call it. And that it is. Not just for addicts, but for families, children, law enforcement, firemen, EMTs, social workers, court administrators, store owners, neighbors. The United States is in the middle of a war, and heroin and fentanyl are the enemy. Ohio is suffering with this, and in my particular part of Ohio not only do we struggle with the epidemic, we struggle with resources. People are dying, and even more overdose on a daily basis. Overdoses happen everywhere, all the time. In store parking lots, in homes, schools, hospitals, jails, college campuses, you name it.

The six-year-old cries because his dog died the day before, and today he lost his mommy.

Back at the office, I learn that mom had been sober for nine months after completing treatment. She had had the baby and was doing wonderful. The man at the home had just been released from jail.

I find leads to relatives. I call the family members, and they did not know yet. Oh my God, I think, I am the one telling them this happened because the coroner hadn’t contacted them yet, but I need a place to take this baby. I learn she had another son, six years old, who was with his father. They come to meet with me and the six-year-old cries because his dog died the day before, and today he lost his mommy. The grandparents cry. I meet the extended family and bring the baby to them. They mourn, cry, and scream, “why?” I have paperwork that I must complete and I hate this. I hate that I have to be a social worker, when I just want to hug them and cry and say, “I’m so sorry.” I do what I have to do, and I leave.

The grandfather tells me later that the coroner determined she had passed away six hours before they found her. The man tried to put her in the bathtub to revive her. He was high. He did not call 911 because he was “afraid to get in trouble.” So he waited. No Narcan, no revival, and her soul left, her baby in the crib. One relapse in nine months, and she lost.

My co-workers and supervisors ask my teammate and I if we’re okay. Do we need to see a counselor, can they do anything? “No, I’m okay!” is my response. At the time I am. It’s just another day in my crazy job that I love, right?

The day is almost over. I’ve completed everything for now, and it’s settled down. I feel an odd feeling come over me. I ask my supervisor to leave a bit early and I run outside, get in the car, turn the key, drive home, and start to cry. I can’t stop. I get home and cannot console myself, but I don’t want to be with anyone. This was not my sister, my mom, my friend. She was a stranger.

But she was someone’s sister, mother, and friend. And this demonic drug has taken her from all of them. I hate my job. I swear I will quit this time. But then I realize I was able to bring that baby to his daddy and his grandparents and ensure he was safe. I held him and he smiled at me. He is safe, and has family to raise him.

This job is hard. Things happen that they can never prepare you for in school or training. I feel sometimes like it’s failure after failure, but I always tell myself there is always tomorrow.