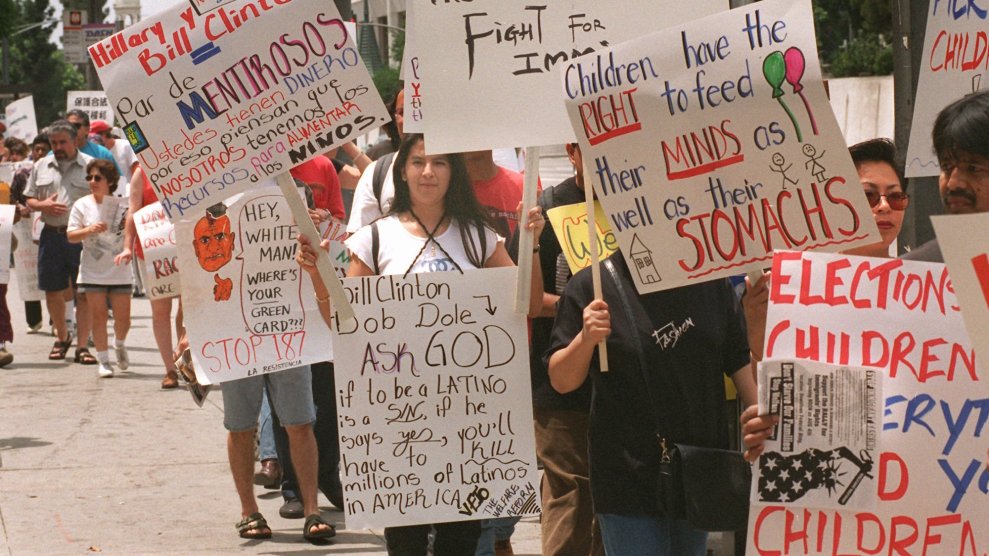 Protesters demonstrate in Los Angeles in 1996 against the welfare reform bill.Frank Wiese/AP

At a meeting with his Cabinet on Monday, President Donald Trump hinted at his next big agenda item: welfare reform. “Some people are really taking advantage of the system,” he said, according to Bloomberg White House correspondent Jennifer Jacobs.

The problem is that there’s very little welfare left to reform. After President Bill Clinton and Republicans in Congress ended welfare as we knew it in 1996, transforming the entitlement program into a block grant called Temporary Assistance for Needy Families (TANF), the number of poor people receiving federal cash assistance plummeted, along with the monthly benefits. The budget for the program has remained unchanged at $16 billion since 1996; inflation has reduced its actual value by a third since then.

In 1979, more than 80 percent of families living below the federal poverty line received welfare benefits under the old Aid to Families With Dependent Children program. By 2015, that figure had fallen to just 23 percent, according to a report by the nonpartisan Center on Budget and Policy Priorities.

In 46 states, there are currently more families living in deep poverty—meaning on less than 50 percent of the federal poverty line—than there are receiving TANF benefits.

Congress may not have done much with the TANF program in recent years, but states have. In many conservative red states, the sorts of “reforms” in which Trump might be interested—harsher sanctions, stricter work requirements, shorter time limits—have already taken place, with devastating results for poor families. In 14 states, fewer than one in 10 poor families receive TANF benefits.

Many of the families technically receiving TANF benefits aren’t actually getting any cash, but instead things like childcare vouchers and enrollment in dubious marriage promotion programs. States today spend only about a quarter of their federal TANF funding on cash assistance, down from 70 percent in 1996. The rest of the money has been diverted to other priorities, such as pre-K and abstinence programs. Texas, for instance, in 2014, provided cash benefits to only 5 out of every 100 poor families in the state—and it was a paltry $277 a month for a family of three.

Given these numbers, Trump might have trouble finding anyone who actually receives a welfare check, much less anyone taking advantage of the system.