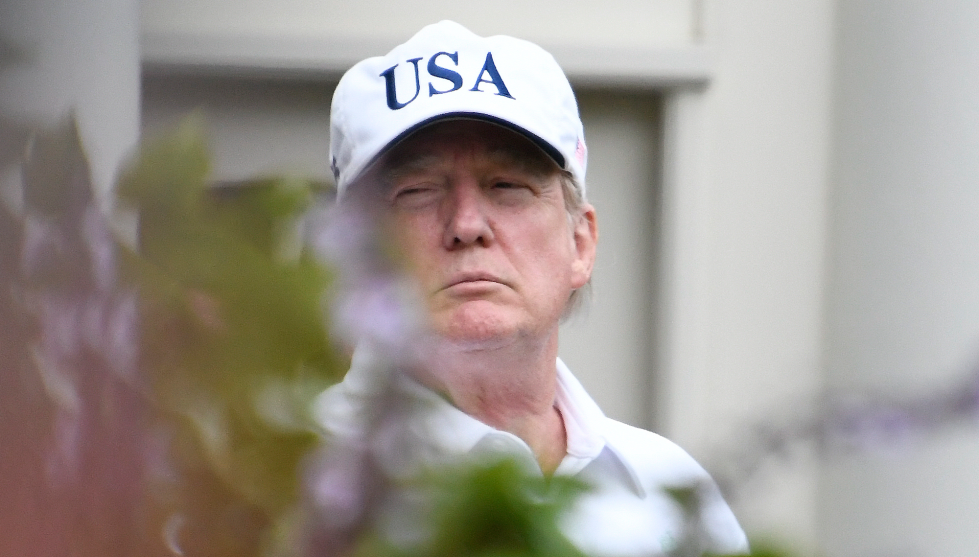 President Donald Trump invoked the death of his chief of staff John Kelly’s son—a marine who was killed in 2010 while fighting in Afghanistan—in an attempt to further bolster his false claim that former President Barack Obama did not regularly contact the families of soldiers killed in action.

As far as past presidents, “You could ask General Kelly did he get a call from Obama?”  Trump said in a radio interview with Fox’s Brian Kilmeade on Tuesday. “You could ask other people. I don’t know what Obama’s policy was. I write letters, and I also call.”

“I have called virtually everybody,” he added.

The explosive remarks come one day after Trump falsely asserted that Obama and other past presidents did not reach out to families of soldiers who were killed in duty, after being asked why he had yet to publicly offer condolences to the families of the four Green Berets who were killed in Niger more than two weeks ago. Many, including Obama’s former staff members, lambasted Trump’s falsehood as disrespectful and offensive:

that's a fucking lie. to say president obama (or past presidents) didn't call the family members of soldiers KIA – he's a deranged animal.

From the man who led our armed forces & kept a wooden box on his desk with the names of fallen U.S. soldiers who died under his command. A truth teller and a patriot. https://t.co/ZuenbjI9rO

Shortly after Trump referred to Kelly’s son on Tuesday, an anonymous senior White House official said that Obama never called Kelly after the death of his son. (Press secretary Sarah Huckabee Sanders reportedly would only confirm this on background; it’s also unclear whether Kelly himself was asked to comment on Trump’s statements.) Kelly served as commander of the US Southern Command under Obama and sat with Michelle Obama during a 2011 White House breakfast honoring the Gold Star families. He has yet to issue a comment on the president’s newest controversy.

This isn’t the first time Trump has refused to back down from his false accusations, most notably being his repeated false claim that Obama had authorized a wiretap of Trump Tower during the 2016 presidential election. Kelly has previously avoided publicizing the death of his son, Robert Kelly. “The death of my boy simply cannot be made to seem any more tragic than the others,” he said in 2011.