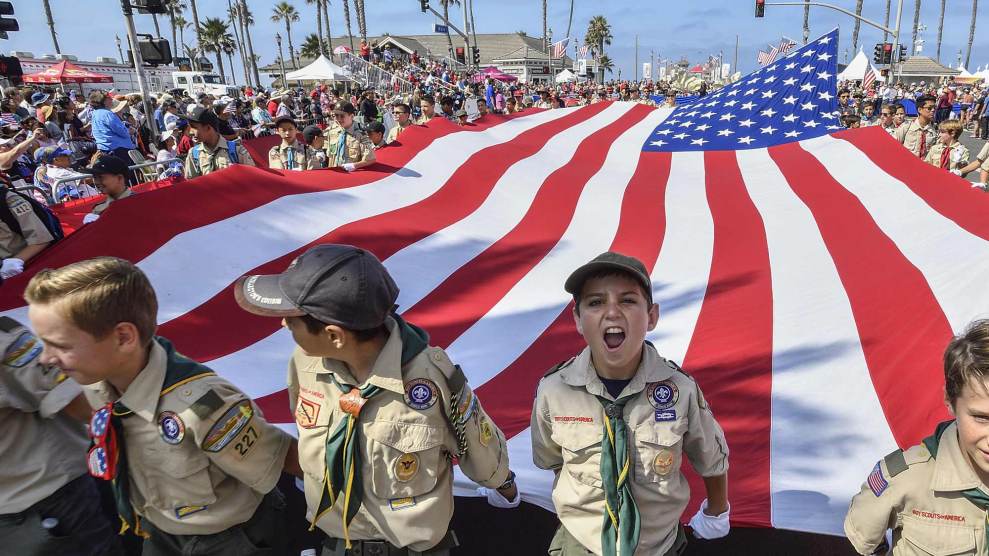 Yesterday the Boy Scouts of America announced that it would allow girls to participate in its core programs and earn the organization’s highest rank: Eagle Scout. The arrangement will start by integrating Cub Scouts, the portion of the BSA that serves boys from approximately 1st through 5th grades.

When the new system begins in 2018, dens—the Cub Scouts’ term for its smallest groupings—will remain single-sex. Existing packs, made up of several dens, will be allowed to choose to remain all male, incorporate female dens, or start a separate girl pack. The BSA’s plans for involving girls and young women in its core program, including the multi-year succession of merit badges and ranks culminating in Eagle that can last throughout high school, will be rolled out next year.

The BSA’s move has been rumored since the spring and has drawn criticism from the Girl Scouts of the USA, who, naturally, see it as a threat to their own organization’s numbers. But, as someone who made Eagle Scout while growing up in the South, I don’t think the BSA is really aiming for the Girl Scout’s existing constituency. Instead, I think it’s looking for girl members growing up in conservative households.

Despite a shared love of khaki and patches, and a common mission of providing young people with organized fun alongside outdoor skills and leadership and citizenship development, boy scouts and girl scouts are supported by completely separate entities in the United States.

Over the last 50 years, the Girl Scouts have made changes to their curriculum and outlook that mirror the social progress that American girls and women have made at home and at work. Brownies may still do some baking and arts-and-crafts projects, but Girl Scouts place a great deal of emphasis on female empowerment, education, equality, and financial independence.

The Boy Scouts have their own lofty ideas about the kind of men they are out to create, but they come alongside others that are shaped by the organization’s conservative stakeholders. Boy scouting is far more popular among whites and religious people than among minorities and secular people. It is especially robust in the South and the West, particularly in Mormon country where congregations have heavily recruited boys. These regions—and members of the LDS church—have long had a strong presence on the organization’s decision-making bodies.

The Girl Scouts’ unequivocal support for gay members and leaders has only grown more striking as the Boy Scouts spent the better part of three decades fighting to uphold a blanket ban on gay scouts and leaders. Only after much public controversy and a couple of halting steps did the Boy Scouts finally arrive at a position in 2015 that allows individual troops to decide the issue. (Atheists and agnostics remain banned.)

The Girl Scouts’ comparative progressiveness has drawn fire from conservative organizations and pastors who either simply oppose the boldest aspects of their empowerment message or use it to make lurid claims of lesbianism and premature sex. Family Watch International maintains a site accusing Girl Scouts of the USA of lobbying for global abortion rights and unwisely collaborating on a positive-body-image campaign with a plus-sized model who had once posed nude. Pro-life groups have even taken to organizing an annual “cookiecott.”

Parents with such hesitations about the Girl Scouts of the USA represent a rare growth opportunity for the Boy Scouts of America. Faced, like the Girl Scouts and other youth organizations, with declining numbers, the BSA has set out on a challenging path of expanding its market while threading narrow appeals: This summer, after the BSA decided to allow trans youth members, the Mormon church announced it would start its own scouting like program.

Welcoming female members into its core program represents a profound shift for the Boy Scouts. And while it will unite some boys and girls together in co-ed troops and packs, it may only deepen divisions in our society that are so clearly mirrored in the divide of American scouting.