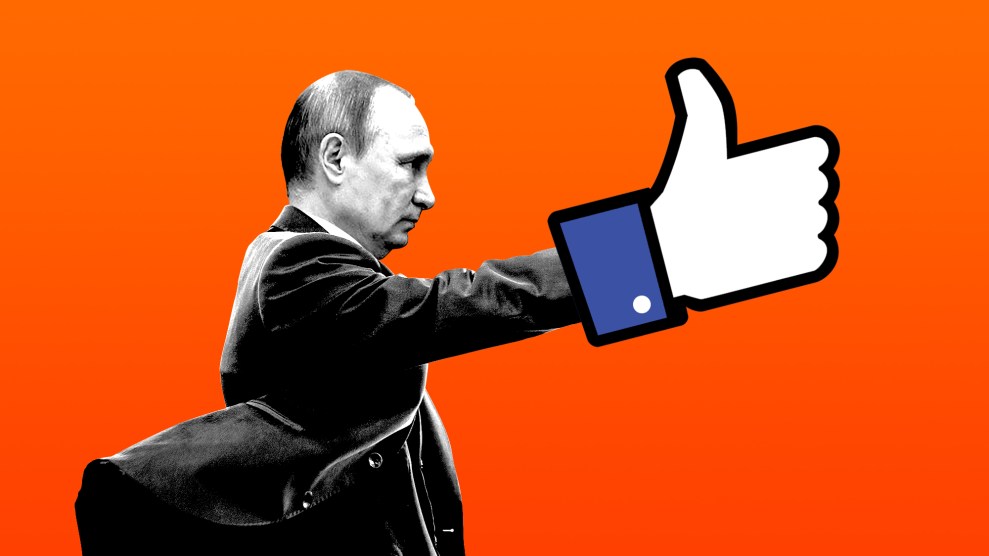 “We cannot calculate the impact that foreign meddling and social media had on this election, nor can we assume that it must be the explanation for an outcome that many didn’t expect,” Senate Intelligence Committee Chairman Richard Burr (R-N.C.) said in his opening statement.

Throughout the committee’s Wednesday hearing on “Social Media Influence in the 2016 US Elections,” Burr and other GOP senators touted signs that Russia’s social media campaign was broadly aimed at creating political conflict in the US—and not merely at helping Trump.

President Trump has denounced the investigations into Russian interference as a witch hunt, putting pressure on Republicans participating in the probes. GOP senators seemed eager to use the hearing to shift attention to aspects of the Russian campaign where the benefit to Trump was less clear. Meanwhile, they downplayed Russian efforts that were more obviously aimed at boosting Trump’s bid—like the covert hacking and leaking of prominent Democrats’ emails.

Burr argued Wednesday that many people “have tried to reduce this entire conversation down to one premise: foreign actors conducted a surgically executed covert operation to help elect a United States president….This story does not simplify that easily.”

Later in the hearing, Sen. Jim Risch (R-Idaho) painted a similar picture of chaotic intentions: “There were a lot of things the Russians were trying to do, and not just inject themselves into the election.”

At a separate Senate Judiciary subcommittee hearing on Tuesday with representatives from the same three social media companies, Chuck Grassley (R-Iowa), the committee’s chairman, suggested Russia’s goal hadn’t been to influence the election. “Russia does not have loyalty to one political party in the United States,” Grassley said. “Their goal is to divide us.”

At both Senate hearings, Republicans honed in on paid ads on Facebook. They highlighted company data showing that far more was spent by Russian accounts in states Hillary Clinton carried easily, like California and Maryland, than in states Trump narrowly won, such as Wisconsin and Pennsylvania. Burr pointed out the accounts spent just $300 targeting ads to Pennsylvanians. The House Intelligence Committee released a collection of paid Facebook ads from Russian-linked accounts at its own hearing involving the same technology firms.

Republican senators pointed to the firms’ assertions that most of the unpaid social content also appeared aimed at driving conflict over hot-button issues like police brutality and immigration, and not at helping a particular party. Sen. James Lankford (R-Okla.) noted Twitter’s finding that just nine percent of 131,000 tweets by the Russian government-backed Internet Research Agency, a now-notorious troll-farm, were election related. “The Russians were doing what they wanted to do all along, which was to try to sow discord,” Risch said.

While Russian bots continue to push a wide variety of topics, support for Trump and defamation of his his opponents remains consistent. In recent days Russian influencers tracked by the Hamilton 68 dashboard used Twitter to push the discredited Uranium One story alleging collusion between Russia and Hillary Clinton.

The senators’ assertions also overlook the combined conclusion of US intelligence agencies as expressed in their January 2017 report detailing a Putin-ordered influence campaign “aimed at the US presidential election.” The report said Russia deployed “paid social media users,” and engaged in covert cyber activities—such as stealing Clinton campaign emails—not only to “undermine public faith in the US democratic process” but also to “denigrate Secretary Clinton, and harm her electability.”

Republicans willing to talk about aspects of Russia’s social media campaign have been less willing to talk about other Russian activities that helped Trump against Clinton, even as they dominate headlines. Earlier in the week, some of the same Republican senators downplayed news of a guilty plea by George Papadopolous, a former Trump campaign aide who admitted to lying to the FBI in January about his contacts with Russians. In court documents released Monday, Special Counsel Robert Mueller’s office detailed Papadopolous’ contacts with what the FBI believes were Russian intelligence operatives, and their talk of “thousands of emails” of “dirt” on Clinton held by Moscow.

The filings suggested the Trump campaign may have known as early as April 2016 of the existence of emails US intelligence says were obtained from Democrats by Russian hackers, and later dumped through Wikileaks and other sites. But in remarks to reporters Tuesday, Burr described the Papadopolous filing as a bit of a yawn. “It wasn’t a surprise to me,” Burr said. “I think it was public that Papadopolous had lied to the FBI last January,” Burr added, incorrectly. In a statement Monday on Mueller’s indicments, Grassley did not specifically mention Papadopolous. “As always, it’s important to let our legal system run its course,” he said.