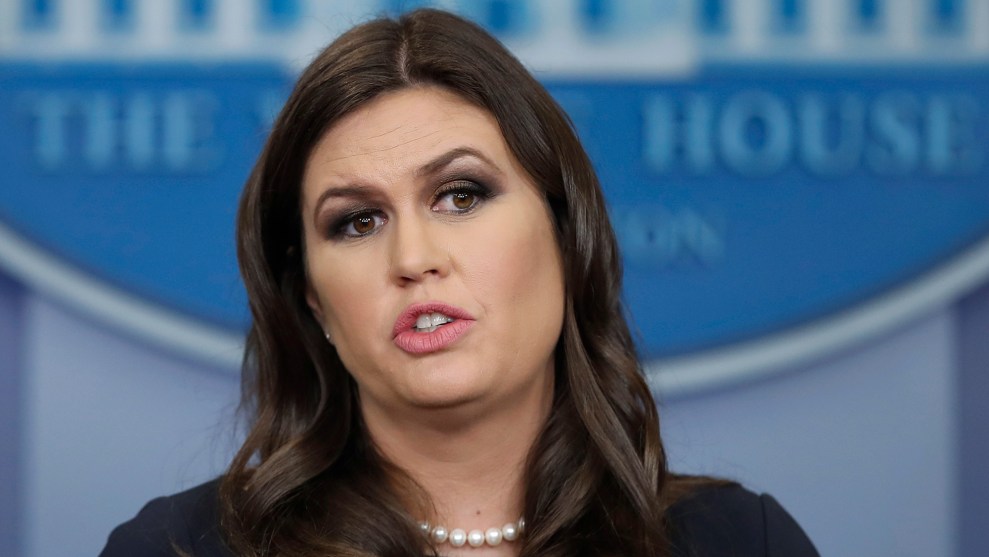 Just how many times did the Trump campaign’s foreign policy team meet?

The answer to that seemingly unimportant question is suddenly a key element of the deepening scandal surrounding the campaign’s contacts with Russia, following revelations that one member of the team, George Papadopoulos, communicated with Russians connected to the Kremlin. White House Press Secretary Sarah Huckabee Sanders has said several times that the answer is one, implying that the foreign policy council was an unimportant body and Papadopoulos was a minor player in the campaign.

But after congressional testimony by Carter Page, a foreign policy adviser to the campaign, it’s become clear that members of the council met at least twice.

Papadopoulos admitted to special counsel Robert Mueller’s investigative team that he had ongoing contacts with Kremlin intermediaries during the campaign. The White House quickly downplayed the significance of the revelation last week, claiming that Papadopoulos was barely involved with the campaign. The campaign was certainly aware of his connections to Russia because Papadopoulos suggested using them to set up a meeting between Donald Trump and Russian President Vladimir Putin at a March 2016 meeting of the foreign policy team with Trump present. But Sanders has emphasized that that was it—that the campaign’s foreign policy team, a group of volunteer advisers headed by now-Attorney General Jeff Sessions, met only that one time.

“I’m telling you that he was a volunteer member of an advisory council that literally met one time,” Sanders said during a press briefing on October 30.

But on Thursday, Page told the House Intelligence Committee that he spoke to Sessions at a dinner in Washington, DC, in June 2016 about an upcoming trip he was making to Russia. According to CNN, the dinner was a gathering of members of the foreign policy council. “A source familiar with the meeting told CNN that the encounter occurred at a dinner at the Capitol Hill Club, attended by members of the Trump national security team, including Sessions,” the network reported. “Near the end of the dinner, Page approached Sessions to say hello and thanked the then-senator for the dinner, and Page also mentioned he was headed to Russia. Sessions didn’t respond and moved on to the next person waiting to shake his hand, this source said.”

A White House official sought to clarify the discrepancy. “Sarah’s referring to formal convening of the organization,” the official, who asked not to be named, told Mother Jones. “They only had one formal meeting in which they kind of met as a group in an official capacity, certainly only one in which the council assembled and met with the president, then the candidate.” But the official acknowledged that some members of the council met for dinner “once or twice or a few times” and did not know how many of those gatherings Page or Papadopoulos attended.

Reports have placed Sessions at two gatherings of the group thus far, and Russia reportedly came up both times. Unlike Sanders, Sessions has not stated publicly that the foreign policy team met only once, though he has denied that it played a significant role in the campaign. “We met a couple of times,” he testified during a hearing earlier this year before the Senate Intelligence Committee. “Maybe a couple of people did. We never functioned as a coherent team.”