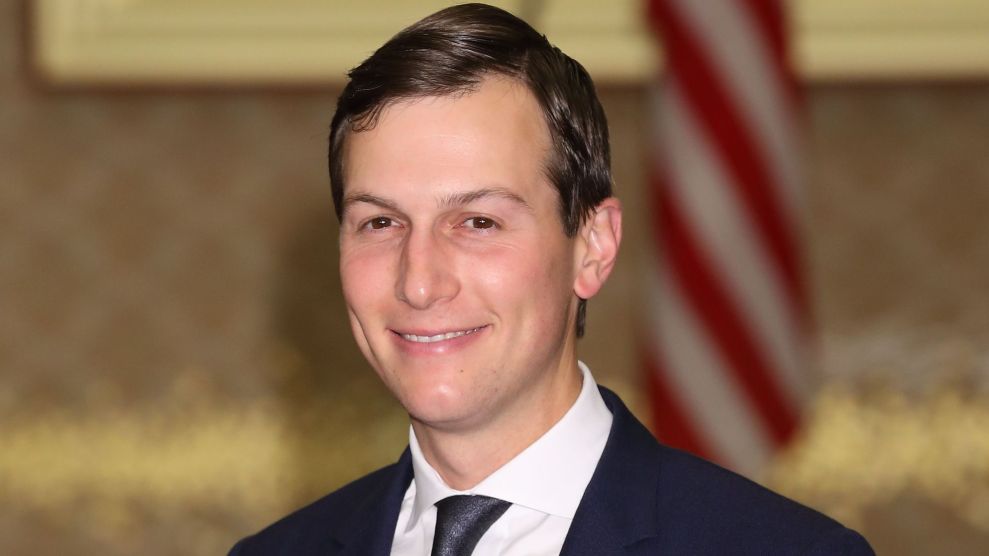 Jared Kushner, President Donald Trump’s son-in-law and senior adviser, was aware of a “Russian backdoor overture and dinner invite” but failed to provide that information to the Senate Judiciary Committee, the leaders of that committee said in a letter Thursday to Kushner’s lawyer. The reported overture is one of multiple revelations about Trump campaign contacts with Russia that Sens. Chuck Grassley (R-Iowa) and Dianne Feinstein (D-Calif.) disclosed in their letter accusing Kushner of improperly withholding information about the communications.

The letter marks the resumption of a joint Russia investigation led by Grassley and Feinstein. The two senators had stopped cooperating last month due to a disagreement about the scope of the probe.

The senators said they know Kushner withheld the information because people questioned separately by the committee disclosed emails detailing contacts with Russia on which Kushner was copied. “Other parties have produced documents concerning a ‘Russian backdoor overture and dinner invite’ that Kushner forwarded to others,” the senators wrote. Kushner is one of several Trump associates who reportedly had multiple contacts with Russians during the 2016 presidential campaign and subsequent transition period. Those include a November 16, 2016, meeting in which Kushner reportedly requested Russian ambassador Sergey Kislyak’s help in setting up back-channel communications between Trump and the Kremlin. Kushner claims that he was responding to Kislyak’s request to set up a secure line to convey sensitive information on Syria. It is not clear if that meeting represented the “overture and dinner invite” the senators cited or if the overture is a newly disclosed contact between the Trump camp and Russia

Grassley and Feinstein also said that their committee has obtained communications, on which Kushner was copied, with Sergey Millian, a Belarusian-American businessman with multiple ties to Trump and his campaign. Millian, the president of the Russian-American Chamber of Commerce in the United States and the owner of a translation service, once described himself as the Trump Organization’s “exclusive broker” helping Russians buying apartments in Trump buildings. Millian is also reportedly one of the key sources whose claims about Russian attempts to cultivate Trump were cited in the set of memos compiled by former British intelligence agent Christopher Steele. The Washington Post has reported that Millian last year told associates he was in touch with George Papadopolous, the Trump campaign foreign policy adviser who has pleaded guilty to lying to FBI agents about his contacts with Russians. Papadopolous and Millian were Facebook friends, the Post noted.

The senators also said “other parties” had given the committee “September 2016 email communications to Mr. Kushner concerning Wikileaks,” which Kushner “forwarded to another campaign official.” Kushner failed to turn over those emails to the committee, the senators said. The Atlantic reported last week that in September 2016, Donald Trump Jr. exchanged private messages with Wikileaks and then alerted Kushner and other campaign officials to the contacts. Wikileaks last year released emails stolen from Hillary Clinton’s campaign chairman and Democratic National Committee. US intelligence agencies have concluded that Russian-backed hackers stole the emails and passed them on to Wikileaks.

In a statement Thursday, Kushner’s lawyer, Abbe Lowell, seemed top dispute the senators’ letter. “We provided the Judiciary Committee with all relevant documents that had to do with Mr. Kushner’s calls, contacts or meetings with Russians during the campaign and transition, which was the request,” Lowell said. “We also informed the committee we will be open to responding to any additional requests and that we will continue to work with White House Counsel for any responsive documents from after the inauguration.”

In a separate letter sent Wednesday, Feinstein asked a Wikileaks attorney, Margaret Ratner Kunstler, to turn over any communications with Trump campaign associates. “Through documents and testimony received in the course of our investigation, we have developed reason to believe that you may have information that is relevant to our inquiry,” Feinstein wrote. Ratner Kunstler did not respond to requests for comment.