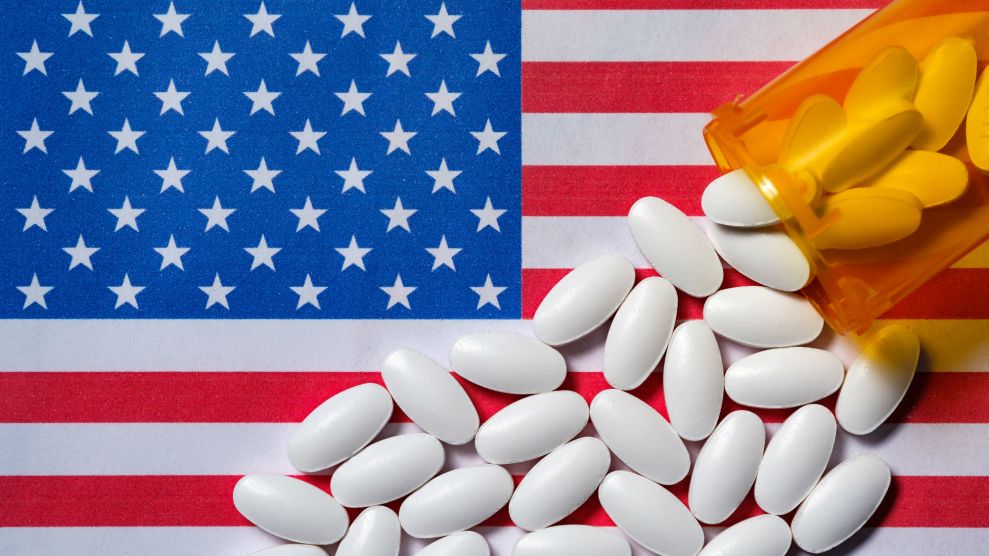 On Wednesday, President Trump’s opioid commission released its final report on the national opioid epidemic, calling on Congress to fund state grant programs to address the crisis, suggesting stricter guidelines for physicians who prescribe opioids for pain management, and asking for the creation of drug courts in all federal judicial districts.

The overdose crisis claims on average 175 lives daily. Roughly 64,000 people died of drug overdoses in 2016, compared with 40,000 deaths involving motor vehicles. The commission, established by Trump early this year and chaired by New Jersey Governor Chris Christie, has been tasked with studying ways to combat the epidemic and has been sporadically in the news for months as it circles around the best path forward. Most notably, in July, the commission’s initial report recommended that Trump declare a national emergency—which would have unlocked millions of dollars in federal funds—to fight the crisis. But late last month, the president instead opted to instead declare the epidemic a “public health emergency,” a move that health experts say doesn’t grant nearly enough funding to be effective.

The final report, though, changes direction entirely, and doesn’t address the national emergency declaration controversy directly. It instead focuses on federal block funding, which would grant money to states, “where the battle is happening every day.” It cites a significant need for funding but stops short of suggesting a specific dollar amount.

Christie, though, in his letter to the president that accompanies the report, writes, “without comprehensive action, including your national public health emergency, the death count will continue to rise.”

“Money is being wasted and accountability for results is not as intense as it should be,” he continues. “Block granting them would allow more resources to be spent on administering life-saving programs.”

Today’s report is also noteworthy in that it breaks with the tough-on-drugs approach championed by Attorney General Jeff Sessions and instead focuses on improving access to treatment for drug users and on rescinding Medicare and Medicaid reimbursement policies that incentivize prescribing opioid over more expensive non-opioid options. It moreover suggests expanding drug courts into every federal judicial district, which provide an alternative to prison and often involve a strict regimen of counseling, addiction medication, and classes. They currently only exist in a third of the 94 federal judicial districts.

Other recommendations include requiring prescribers to participate in an educational program about opioid abuse; allowing more first responders to administer naloxone, an overdose-reversal drug, to overdose victims; and launching a “wide-reaching” multi-platform media campaign on the danger of opioid addiction, as Trump has frequently advocated.

Read all 56 recommendations below: