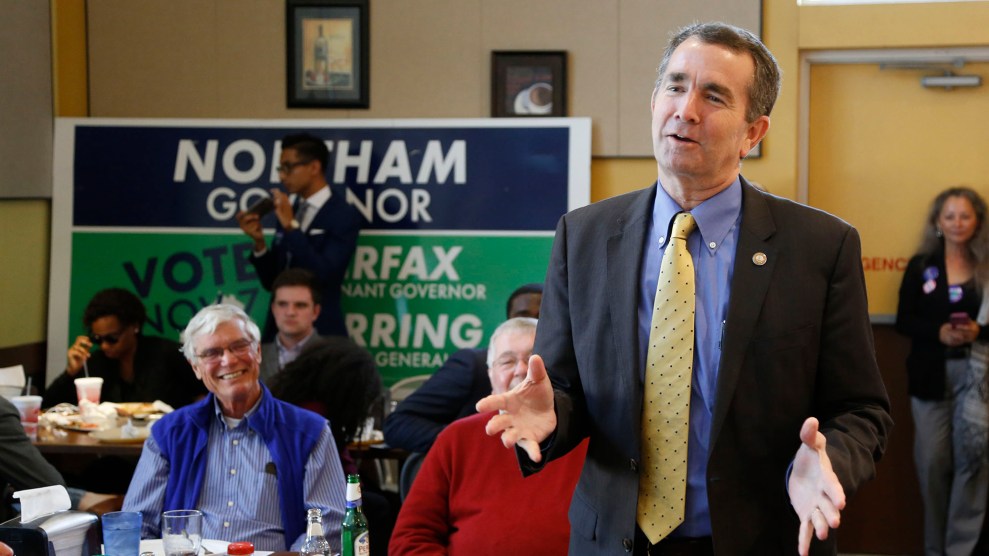 Update 8:16 p.m.: The Associated Press and NBC News have called the race for Northam.

Voters in Virginia headed to the polls on Tuesday to select a new governor, the culmination of a bitter, tightly fought campaign that has taken on national importance over recent weeks. Running on the Republican line is Ed Gillespie, a former lobbyist, who has run a Trump-style campaign of race-baiting against immigrants and trumpeting his support for Confederate monuments. On the Democrats side is Ralph Northam, the current lieutenant governor. (Virginia bars governors from serving consecutive terms, so current Gov. Terry McAuliffe, a Democrat, couldn’t run for reelection.)

For Northam to win, he’ll need to cobble together a coalition of voters similar to the one that put McAuliffe over the top four years ago, as we explained last month:

Terry McAuliffe had voters of color to thank for his narrow victory in Virginia’s 2013 gubernatorial election. Black voters, who make up one-fifth of the state’s electorate, turned out at the same rate they did for Barack Obama in 2012 and pushed McAuliffe, a Democrat, to victory. Black women, who alone accounted for 11 percent of the electorate, helped McAuliffe win the overall women’s vote even as he lost white women by 16 points. The result suggested that when properly engaged, the “Obama electorate”—the younger, minority, and female voters who showed up in 2008 and 2012—could turn Virginia blue even when Obama wasn’t at the top of the ticket…Northam holds a slight edge on his opponent in polls, but in order to win in a close race, he’ll need voters of color to show up like they did in 2013.

The polls have remained close over the past month, and that’s led analysts from across the political spectrum to suggest that the Northam campaign hasn’t done enough to tie Gillespie to the deeply unpopular president. “Northam is the one who let Ed up off the mat,” a conservative Virginia operative told Mother Jones.

Democrats aren’t just focused on the governor’s race in Virigina; the party recruited candidates to run in more state House districts than in any election since 1981. They hope that an anti-Trump backlash could help Democrats make a dent in Republicans’ large legislative majority.