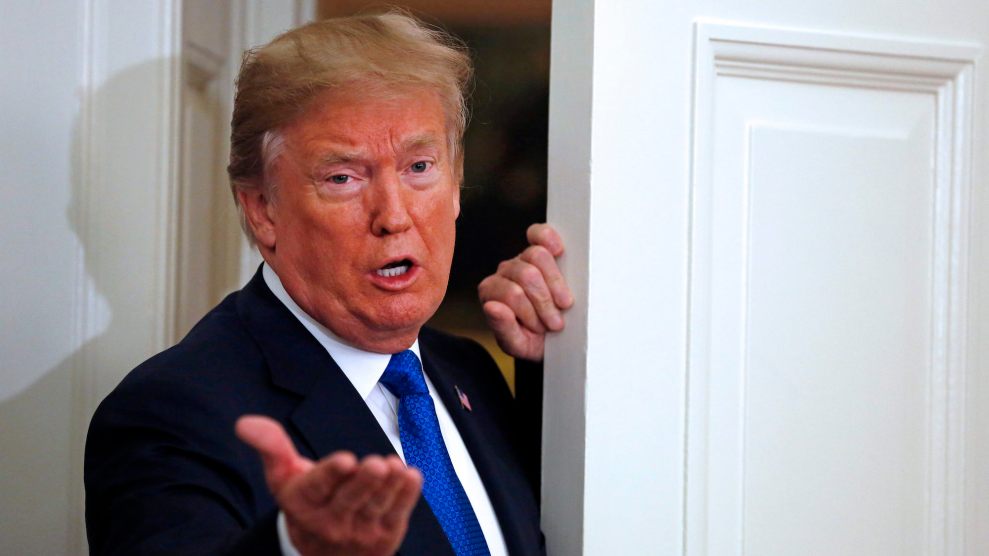 In recent weeks, President Donald Trump has boiled his immigration agenda down to four words: lottery, chain, merit, and wall. In his first State of the Union address, Trump is likely to argue that each of those four pillars should be part of any deal to protect young undocumented immigrants known as Dreamers. Below is a guide to what Trump actually means if he uses those buzzwords tonight.

Every year, a diversity visa “lottery” offers people from countries that have low rates of immigration to the United States a chance to get a green card that provides a path to US citizenship. Millions of people apply each year, and fewer than 1 percent are selected. The beneficiaries are disproportionately from the African nations that Trump referred to as “shitholes” earlier this month.

Trump inaccurately describes the program as a conspiracy in which countries select their worst residents, throw them into the mix, and hope the United States is foolish enough to take them. Here’s how Trump talked about the program earlier this month:

Countries come in and they put names in a hopper.  They’re not giving you their best names…They’re giving you people that they don’t want. And then we take them out of the lottery.  And when they do it by hand—where they put the hand in a bowl—they’re probably—what’s in their hand are the worst of the worst.

In reality, countries don’t pick their lottery entrants; people apply on their own. The US incarceration rate for people from diversity visa countries is 68 percent lower than it is for those born in the United States, according to the libertarian Cato Institute.

In recent weeks, chain migration has become the country’s most hotly contested immigration term. Republicans say it with abandon, while Democrats and immigrant advocates push for using “family-based” immigration instead.

The debate around chain migration was wasn’t always so loaded. It began as an academic phrase to describe the higher likelihood that immigrants will move to places where they have relatives. US immigration law facilitates that process by allowing citizens and permanent residents to sponsor their spouses and children for green cards, and allowing citizens to sponsor their siblings. The process can take years, or decades, depending on the country of origin and the migrant’s relation to a US citizen or permanent resident.

Trump wants to end chain migration for adult children and siblings, a move his administration says will promote the “nuclear family.” His proposal would not affect family members who are already waiting for green cards.

The United States currently awards about two-thirds of green cards to relatives of American citizens and residents. Far fewer immigrants—14 percent in 2015—get employment-related green cards. Trump uses that imbalance to argue that we should move from “random chain migration” to a system that is “merit-based.”

Aside from the fact that chain migration isn’t random, Trump’s claim incorrectly implies that he wants to replace family-based immigrants with high-skilled workers. In August, Trump endorsed a right-wing immigration bill, known as the RAISE Act, that would cut legal immigration by more than 40 percent by drastically reducing family-based migration. Employment-based green cards would remain at roughly the same level.

During the presidential campaign, many people assumed that Trump wanted his “big, beautiful wall” to run along the entire 1,900-mile US-Mexico border. Republicans’ 2016 policy platform followed that approach, stating that the “wall must cover the entirety of the southern border.”

As president, Trump has argued that a wall isn’t needed for the whole border. White House Chief of Staff John Kelly made that clear earlier this month when he told Hispanic lawmakers that Trump was not “fully informed” when he promised a wall. The next morning, Trump insisted on Twitter: “The Wall is the Wall, it has never changed or evolved from the first day I conceived of it.”

Regardless of Trump’s shifting positions, one thing is almost certain: Trump will call whatever he builds a wall.