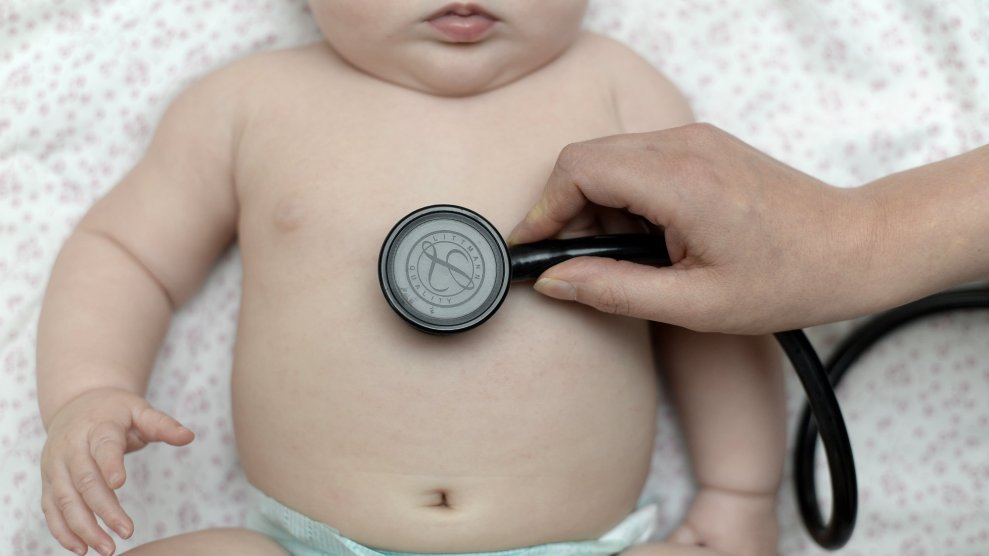 Extending a program that provides health insurance to nearly 9 million children could save the government $6 billion over the next 10 years, according to a new estimate by the nonpartisan Congressional Budget Office.

Funding for the Children’s Health Insurance Program is on the brink of running out. Over the past several months Congress has struggled to agree on how to pay for the program, adding to a growing sense of concern and uncertainty among the families left in limbo. The program, which has bipartisan support on Capitol Hill, provides low-cost health coverage to children whose families earn too much money to qualify for Medicaid, and to some 370,000 pregnant mothers. CHIP is funded jointly by states and the federal government and benefits differ by state, but all states provide comprehensive coverage, including routine checkups, prescriptions, dental, and vision care.

When Congress let CHIP funding expire on September 30, states continued to operate the program using any leftover funds from fiscal year 2017.  And just before December, Congress approved $2.85 billion in CHIP funding as a “patch” until they could agree on a longer-term fix. However, the Centers for Medicare & Medicaid Services warned last week that money could run out for some states after January 19, the same deadline for Congress to pass a spending bill in order to avert a government shutdown.

The projected cost of extending CHIP has continually fallen since Congress initially failed to fund the program last fall. In October, CBO estimated that CHIP would cost $8.2 billion over the next decade. But last Friday, CBO updated its estimate because of changes in the the tax bill Republicans passed in December. The new cost projection for a five-year extension: $800 million (which, as Slate points out is “quite cheap in the scheme of all federal spending.”) The GOP tax bill repealed Obamacare’s individual mandate. Without the mandate, the government’s costs to help children buy insurance on Obamacare’s marketplaces becomes much more expensive, making CHIP a cheaper deal for the government.

According to the CBO’s latest estimate, extending CHIP would increase the deficit each year between 2018 and 2020 and then reduce the deficit each year after, primarily because the federal match rate for CHIP would decline—from an average of 93 percent in 2019 to 70 percent in 2021 and after—making states responsible for more of the program’s costs. But time is ticking for Congress to pass an extension. A new report by the Georgetown University Center for Children and Families estimates that if Congress does not approve funding for CHIP this month, 23 states and DC “will have insufficient funds to fully cover all children beyond February 2018.”

Last fall when CHIP funding expired, some states sent out letters warning families that funding might run out and they could lose their CHIP coverage. Now, they worry about whether to raise the alarm again. “That’s really been the struggle for states,” says Kelly Whitener, an associate professor at the Georgetown University McCourt School of Public Policy’s Center for Children and Families. “They don’t want to alarm people but at the same time, they want to run the program smoothly and give due notice.” It creates uncertainty for parents too. “Do you run to the doctor and try to get all the services right away?” Whitener says. “Do you try to get all your prescriptions up front all at once?”

Whitener said Congress could even decide on another short-term CHIP patch, but she’s crossing her fingers for a more permanent solution. “Finding six billion in savings,” Whitener says, “that seems like a no brainer to me.”