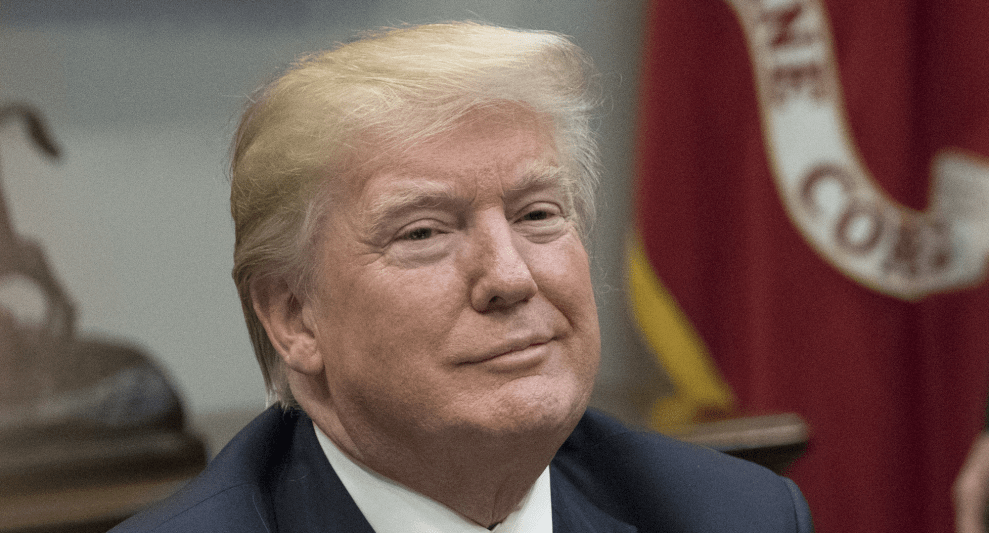 President Donald Trump appeared to deny using the word “shithole” to describe countries such as Haiti, El Salvador, and other African nations during a meeting on immigration, as reported in the Washington Post on Thursday. Trump on Friday did not directly reference using the expletive, but insisted that the language was more generally “tough.”

The language used by me at the DACA meeting was tough, but this was not the language used. What was really tough was the outlandish proposal made – a big setback for DACA!

Trump’s meek denial came during a series of tweets blasting an immigration deal reached by six bipartisan senators on Thursday. He slammed the proposal as a “big step backwards” and claimed Democratic lawmakers were not interested in border security.

Trump’s disparaging remarks on Thursday, which also included a call to bring in more immigrants from countries like Norway, sparked intense international outrage for what many condemned as plainly racist. “If confirmed these are shocking and shameful comments from the president of the United States,” United Nations human rights spokesman Rupert Coleville said. “There is no other word you can use but racist.”

The White House on Thursday did not deny the president’s alarming remarks, and instead defended Trump’s stance on immigration and will to “fight for the American people.”

Sen. Dick Durbin (D-Ill.), one of the lawmakers present for the immigration meeting with the president, condemned Trump’s “hate-filled, vile, and racist” comments, adding that he had not seen any reports in the press that were “inaccurate.”

“To no surprise, the president started tweeting this morning, denying that he used those words,” Durbin said. “It is not true. He said these hate-filled these things and he said them repeatedly.”

BREAKING: Democrat Sen. Durbin, who was in meeting with Pres. Trump: "He said these hate-filled things." https://t.co/yUHQuZIOCm pic.twitter.com/s9fMhtcguR

An hour after Trump’s first vague denial on Thursday, he followed up with a more specific reference to the Post report, but still failed to directly address the “shithole” comment.

Never said anything derogatory about Haitians other than Haiti is, obviously, a very poor and troubled country. Never said “take them out.” Made up by Dems. I have a wonderful relationship with Haitians. Probably should record future meetings – unfortunately, no trust!