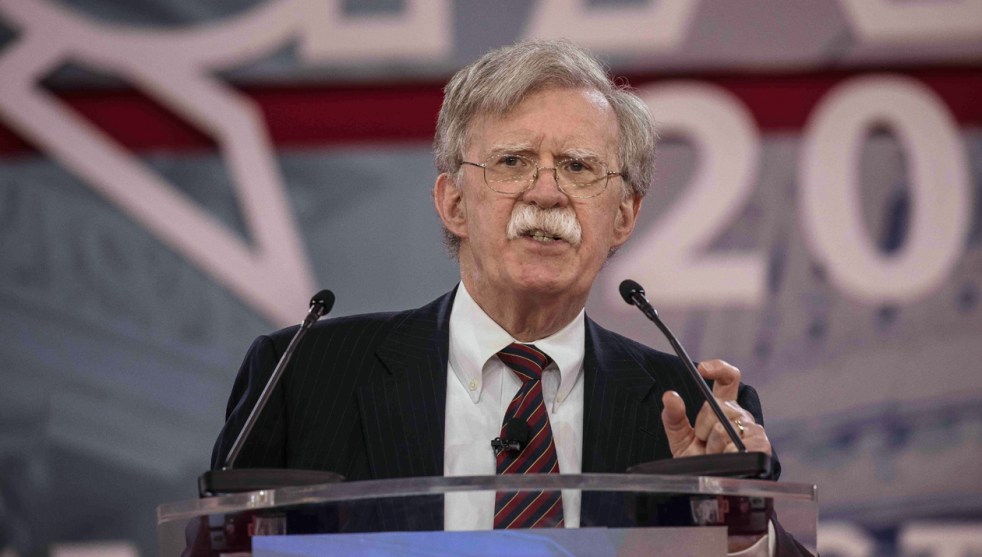 H.R. McMaster, the president’s second national security adviser, is stepping down and will be replaced by John Bolton, a former ambassador to the UN. President Donald Trump announced the news on Twitter Thursday evening.

I am pleased to announce that, effective 4/9/18, @AmbJohnBolton will be my new National Security Advisor. I am very thankful for the service of General H.R. McMaster who has done an outstanding job & will always remain my friend. There will be an official contact handover on 4/9.

Bolton is one of the GOP’s leading warmongers. Last month, Bolton wrote an op-ed for the Wall Street Journal titled “The Legal Case for Striking North Korea First”. Bolton spent most of his time during Barack Obama’s administration calling for the US to go to war with Iran. As Mother Jones‘ David Corn explained back in 2015 when Trump first started palling around with him, Bolton was one of the main neocons pushing war with Iraq during the Bush administration:

Bolton has long been one of the most hawkish of all the neoconservative hawks. He was part of the Bush-Cheney crew that claimed Saddam Hussein had amassed weapons of mass destruction and that war was the only option. As a top State Department official prior to the 2003 Iraq invasion, Bolton pushed the false claims that Iraq had obtained aluminum tubes and uranium for its supposed nuclear weapons program. He was also a supporter of a conspiracy theorist named Laurie Mylroie who contended that Saddam was behind the 9/11 attacks. Before Bush launched the Iraq War, Bolton predicted that “the American role actually will be fairly minimal.” (In 1997, he was one of several conservatives who wrote to President Bill Clinton and urged him to attack Saddam.)

Not surprisingly, Bolton has stuck to the position that the Iraq invasion was the right move. In May, he said, “I still think the decision to overthrow Saddam was correct.”

Those private clashes took a very public turn in February when Trump chastised McMaster after the national security adviser described evidence of Russian interference in the 2016 election as “incontrovertible.” McMaster’s remarks, which were made during the Munich Security Conference, contradicted Trump’s repeated statements that Russian interference was a “hoax” and that the special counsel looking into it should instead be focusing on Hillary Clinton and the Democratic Party.

General McMaster forgot to say that the results of the 2016 election were not impacted or changed by the Russians and that the only Collusion was between Russia and Crooked H, the DNC and the Dems. Remember the Dirty Dossier, Uranium, Speeches, Emails and the Podesta Company!

Trump named McMaster to the position in February 2017, after his first national security adviser, Michael Flynn, resigned amid reports that he had lied about his conversations with the Russian ambassador.