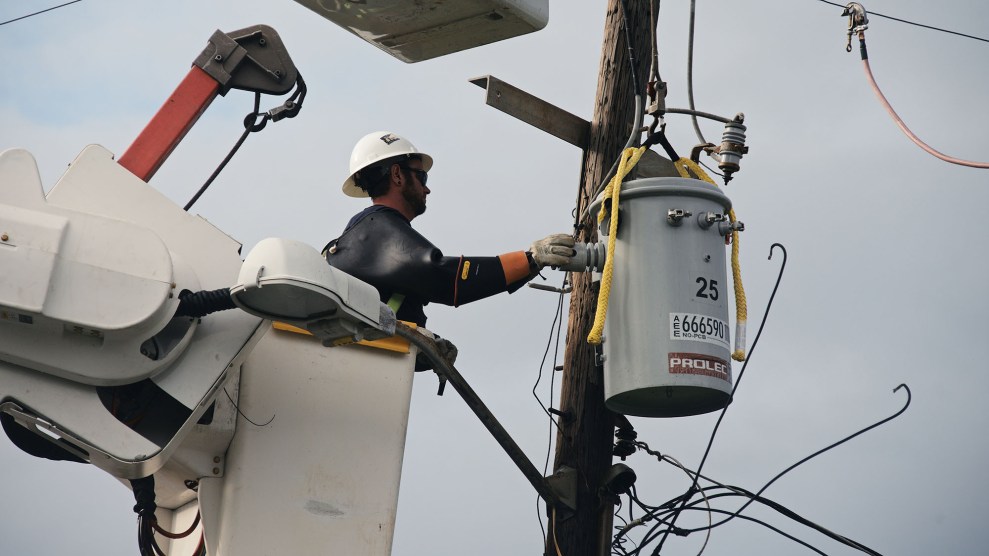 The US House Committee on Natural Resources blasted Puerto Rico’s power company in a letter Monday, demanding information about possible corruption. The letter reports allegations of power company workers restoring electricity to areas where agency staffers lived ahead of a major hospital and San Juan’s airport, of accepting payments to prioritize restoring power at strip clubs, and other improprieties.

The letter asks questions about ongoing delays in power grid restoration work and shortages of equipment which, at times, have forced repair crews to sit idle. While the most eye catching allegation may be that workers accepted $5,000 and free tickets worth $1,000 from strip clips to speed up their repairs, a significant portion of the letter concerns an early January episode where armed agents from the US Army Corps of Engineers were reported to have had a confrontation with PREPA workers at a warehouse holding repair equipment. That equipment was seized by the feds and distributed to crews around the island.

The House Committee’s letter says the “allegations of corruption and mismanagement raise serious questions regarding PREPA’s internal controls and ability to competently manage power restoration in Puerto Rico,” and calls questions about the management of the agency “a major barrier to recovery.”

The letter demands PREPA documents related the warehouse incident and its inventory procedures, along with records on PREPA’s own open corruption investigations and its procedures for investigating corruption. A spokeswoman for Puerto Rico Gov. Ricardo Rosselló could not be reached for comment.

Geraldo Quinones Lopez, a PREPA spokesman, downplayed some of the alleged incidents mentioned in the committee’s letter as being based on unverified media reports, but said that the agency will “cooperate and answer all questions…with total transparency.”

In a statement provided to Mother Jones, PREPA Executive Director Justo L. González Torres said the agency takes allegations of corruption seriously, and fights it with “rigor.” The statement noted that the agency recently “separated” three employees in the Ponce region in the south of the island for requesting money in exchange for reconnecting service, but added that the employees’ cases are under review.

In November, then-director of PREPA Ricardo Ramos resigned after awarding a $300 million grid restoration contract to Whitefish Energy Holdings, a small Montana-based company with some links to Interior Secretary Ryan Zinke. (The government of Puerto Rico later pulled out of the deal and Whitefish sued over a payment dispute.)

In January, Puerto Rico Gov. Ricardo Rosselló proposed privatizing the power authority, citing poor service and high costs. Despite PREPA’s significant challenges, the governor’s proposal has been controversial both on the island and in Washington.