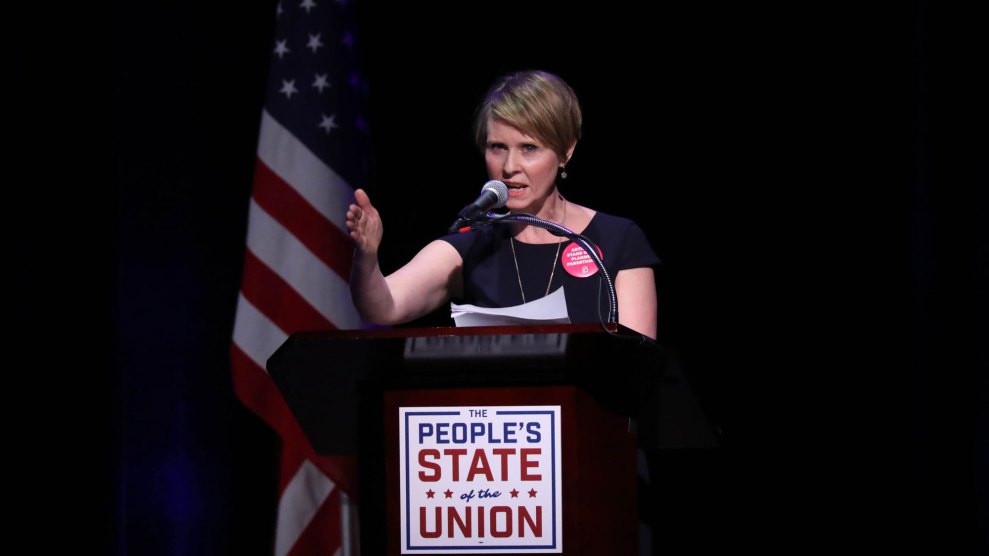 On Tuesday, the actress Cynthia Nixon kicked off her primary challenge to New York Democratic Gov. Andrew Cuomo with a campaign stop in Brooklyn. Cuomo has frequently butted heads with the progressive movement in the nation’s second-largest blue state, and in Nixon those progressives have a high-profile champion. But Nixon’s campaign will have to overcome more than just Cuomo—she’ll be playing on a field designed to protect incumbent elected officials.

In New York, the deadline to change your party registration to be able to participate in the 2018 Democratic primary was October 13th. Last October 13th. That’s five months before voters even learned there’d be a primary to vote in, and a full 11 months before the primary itself, which is scheduled for September 13th. (First-time New York voters have it a bit easier, and can vote in the primary if they register by August 17th.)

New York’s heavily restrictive voting laws have long been an obstacle to insurgent campaigns, which often rely on bringing new blood into the party. And while many states close their primaries to voters who aren’t registered with the party, none make the deadline to declare party affiliation anywhere near as far out as New York does. So by the time a candidate like Nixon (or Bernie Sanders) ends up persuading a lot of independent voters that they really should be Democrats, it’s too late. As the deadline for voters to change their registrations approached last year, I reported on efforts by progressive activists to alert Democratic-minded voters:

Last spring, a group of state legislators introduced legislation that would have moved up the deadline to change party registration before a primary, while still keeping the primary closed to people who didn’t agree to join the party. New York City Mayor Bill de Blasio, a progressive who was elected four years ago with a lot of help from the pseudo-third-party Working Families Party, urged the state legislature to pass it.

But that legislation went nowhere in Albany. Incumbent legislators, most of whom are in safely Democratic or Republican districts, have little incentive to shake up the way their elections are waged—it would be like asking them to cut their own pay. Ironically restrictions on party loyalties do not apply as strictly to the candidates themselves. Although Democrats dominate New York politics, Republicans currently control the state senate, because eight Democratic state senators, mostly from New York City, broke with their party to form a separate power-sharing agreement. De-facto Republicans can run and win in city primaries, but de-facto Democrats can’t vote for them.

One thing Nixon won’t have to worry about: getting her supporters to the polls for early voting. Liberal New York doesn’t have that.