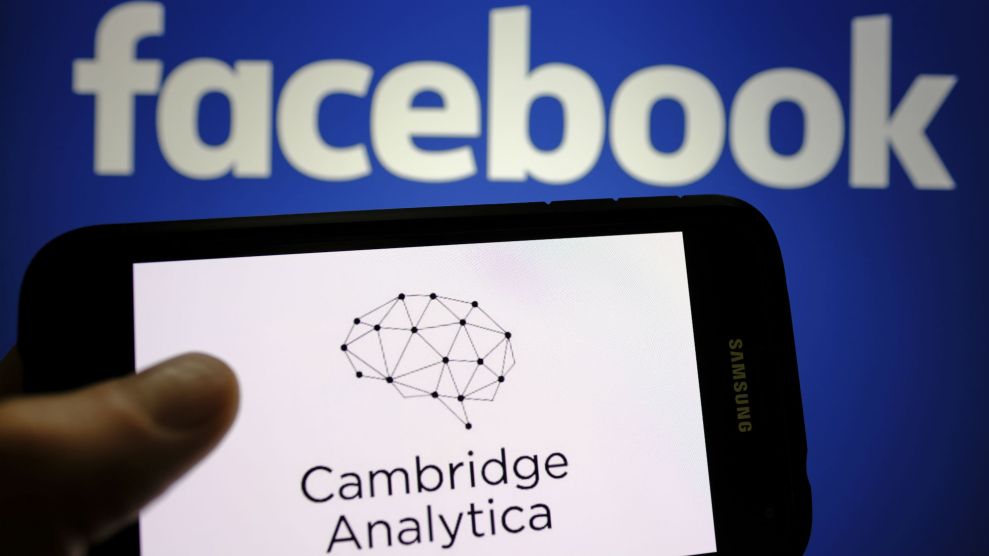 Cambridge Analytica, the data company at the center of an international controversy over how it used Facebook to obtain personal data from tens of millions of people, is shutting down.

The company, which had consulted on Donald Trump’s 2016 presidential campaign, released a statement announcing it had begun legal proceedings to wind down its operations in the UK and the US. Cambridge released a report it commissioned from Julian Malins, a prominent UK lawyer, that absolved the company of any wrongdoing.

Political operatives who worked closely with the company believed the firm routinely overpromised and underdelivered.

Cambridge said “unfairly negative media coverage” had sent the company into a death spiral. “Despite Cambridge Analytica’s unwavering confidence that its employees have acted ethically and lawfully, which view is now fully supported by Mr. Malins’ report, the siege of media coverage has driven away virtually all of the Company’s customers and suppliers,” the statement reads. “As a result, it has been determined that it is no longer viable to continue operating the business.”

The Wall Street Journal first reported Cambridge’s decision to end operations. Nigel Oakes, the co-founder of its parent company, and a spokesman for Cambridge Analytica did not immediately respond to requests for comment from Mother Jones.

The past 18 months saw Cambridge Analytica reach the pinnacle of US politics—working on a winning presidential race—before its descent into acrimony and scandal. The firm, funded by Robert Mercer, the enigmatic hedge-fund investor and right-wing power broker, and led by a charismatic Eton graduate named Alexander Nix, first worked on Sen. Ted Cruz’s 2016 presidential bid before switching to Trump’s campaign in the summer of 2016. Cambridge was quick to take credit for his incredible upset victory. “We are thrilled that our revolutionary approach to data-driven communications played such an integral part in President-elect Donald Trump’s extraordinary win,” Nix crowed in a company press release the day after the election.

But US political operatives who’d worked closely with the company viewed Cambridge with increasing skepticism, believing that the firm routinely overpromised and underdelivered. Even before the recent storm of coverage over the company’s acquisition of Facebook data, Cambridge had yet to sign up a single 2018 federal campaign or committee despite its supposedly “integral” and “revolutionary” work for Trump. Nix told Forbes late last year that Cambridge was planning to get out of American politics altogether—a befuddling statement for a political firm that had just worked on a winning presidential race.

In March, major stories in the Observer and the New York Times revealed that Cambridge had obtained as many as 50 million Facebook users’ personal data via a Russian-American academic without users’ knowing consent. In response, Facebook suspended Cambridge, the academic who harvested the Facebook data, and the former Cambridge contractor, Chris Wylie, who help explain to journalists how the data was obtained. Facebook later announced as many as 87 million users were affected by the breach.

Cambridge eventually denied it worked on the 2016 Brexit referendum, and dramatically downplayed its work for Cruz and Trump.

The hits kept coming. The British Information Commissioner’s Office executed a warrant to search Cambridge’s London offices. An undercover investigation by the UK’s Channel 4 News showed CEO Alexander Nix entertaining a potential client and offering to deploy “very beautiful” Ukrainian “girls” to catch a politician in a comprising situation. Nix was suspended from the company on March 20. His problems may not be over: Rep. Adam Schiff (D-Calif.), the ranking member of the House intelligence committee, recently noted that Nix “certainly appears to have given false testimony under oath” when he told the committee last year that Cambridge had never acquired bulk data through Facebook.

In recent weeks, Cambridge mounted an aggressive counter-offensive to rebut its critics and try to move the company past its wave of scandals. It launched a website, CambridgeFacts.com, that denied the company had improperly obtained Facebook data or worked on the 2016 Brexit referendum, while dramatically downplaying its role on the Cruz and Trump campaigns.

Cambridge’s demise won’t be the last we’ll hear from Nix and the Mercer family. In mid-March, reporters uncovered a mysterious British company named Emerdata that had added two of Robert Mercer’s daughters, Rebekah and Jennifer, as directors the day before the Facebook data controversy exploded into public view. Company records show that another one of Emerdata’s directors is Johnson Chun Shun Ko, a businessman with ties to Erik Prince, the military contractor and brother of Education Secretary Betsy DeVos. As for the three remaining Brits listed as Emerdata directors, all three of them—Alex Tayler, Julian Wheatland, and Alexander Nix—held senior roles at Cambridge Analytica. Their story, in other words, is far from over.