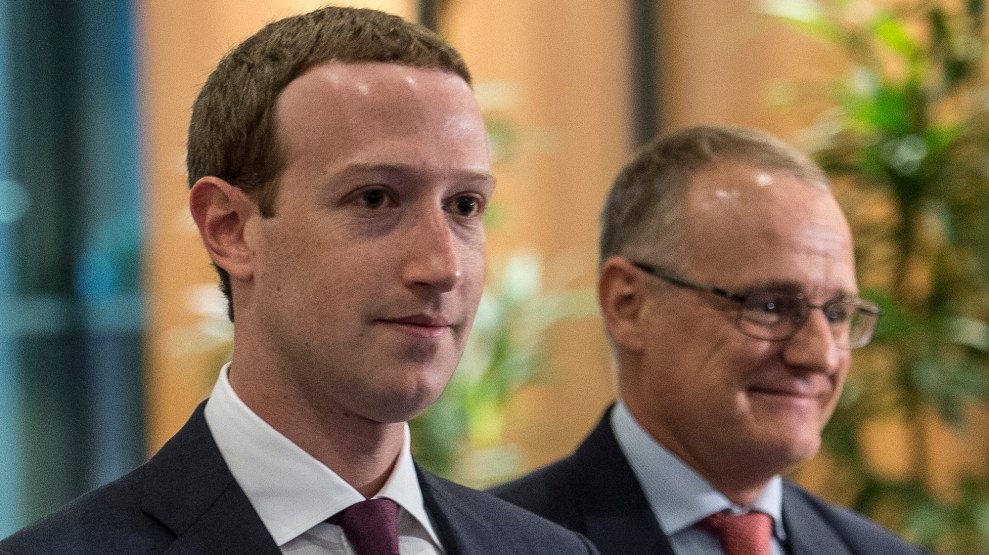 Facebook founder and CEO Mark Zuckerberg faced a barrage of tough questions from European Union politicians Tuesday, largely repeating answers he’d given before a pair of US congressional committees in April. By the end of the hearing, the lawmakers complained that Zuckerberg had avoided many of their questions and began to bicker among themselves about a format that allowed the tech titan to offer an opening statement, hear all questions at once, and then summarize and answer the questions he chose to at the end without any substantive back and forth.

“I asked you six yes or no questions, I got not a single answer.”

Zuckerberg was originally set to talk to the Conference of Presidents of the European Parliament, which is made up of the heads of the body’s eight main political groups, behind closed doors. But after criticism from several European politicians, Zuckerberg agreed to a public hearing in Brussels that would be streamed live. The questions were much more pointed and caustic than Zuckerberg faced during his congressional testimony last month.

Zuckerberg used his opening statement to apologize to the committee much like he had in the US. “It’s good to be back in Europe!” he said enthusiastically, beginning his remarks. He conceded that Facebook hasn’t “done enough to prevent these tools from being used for harm…and that goes for fake news, foreign interference in elections and developers misusing people’s information.” By the end of the year, Zuckerberg promised the company will have 20,000 employees working on safety and security. “I want to be clear,” he said. “Keeping people safe will always be more important than maximizing profits.”

In the question period, the parliamentarians voiced skepticism about the Facebook CEO’s commitment to protect user data and prevent his platform from being used to traffic in disinformation, fake news, and harassment.

“You have to ask yourself how you will be remembered,” Guy Verhofstadt, the president of the Alliance of Liberals and Democrats for Europe, said to Zuckerberg during the question period. “As one of one of the three big internet giants, together with Steve Jobs and Bill Gates, who have enriched our world and our societies. Or on the other hand, a genius who created a digital monster that is destroying our democracies and our societies.”

Verhofstadt also asked Zuckerberg whether he was capable of fixing Facebook. “Maybe you have less control or no control of your own company,” he said, noting that Zuckerberg has apologized “15 or 16 times,” and yet the company’s problems persist.

Claude Moraes, a British Labour member of European parliament, pointed to the company’s recent announcement that it had suspended 200 apps during its review of improper data use: “Isn’t this this a clear signal Facebook failed to protect the privacy of its users?”

After the politicians asked their questions, Zuckerberg addressed what he called the “themes” of the questions, promising to provide more specific additional information after the hearing. In his monologue of a response, Zuckerberg said the company was investing heavily in artificial intelligence tools to help stem bullying, harassment, and fake news. He denied the company is a monopoly or that it suppresses speech based on political content.

“Is the only way to prevent Facebook from collecting my data to avoid the internet altogether?”

But a confrontation was triggered after he failed to respond to an inquiry from Syed Kamall, a conservative British politician, who had asked about “shadow profiles,” a term used for private profiles of both users and non-users based on contact information gleaned from Facebook users’ phones and inboxes. “Is the only way to prevent Facebook from collecting my data to avoid the internet altogether?” Kamall had asked.

Another lawmaker on the panel reminded Zuckerberg about the question. He obliquely referred to the question as “a point around how do we separate out security data,” adding that “it’s very important that we don’t have people who aren’t Facebook users coming to our service and trying scrape the public data that’s available.”

“But if you’re not a Facebook user, how do you stop that data being transferred?” Kamall pressed.

“On the security side we think it’s important to keep it to protect people in our community,” Zuckerberg said, adding immediately, “Were there any other themes that we want to get through?”

That was too much for Philippe Lamberts, a Belgian politician on the panel, who implied that Zuckerberg had pushed the committee toward the hearing’s particular format to avoid scrutiny.

“Will you allow users to escape targeted advertising?” he said. “I asked you six yes or no questions, I got not a single answer. And, of course, you asked for this format for a reason.”

The hearing came as the General Data Protection Regulation (GDPR), stringent new rules EU regulating the collection, storage, and use of private data, go into effect at the end of the week. Zuckerberg met with the panel even as he continues to avoid invitations from a British parliamentary committee to appear and speak about the Cambridge Analytica data scandal that rocked the UK and the US.