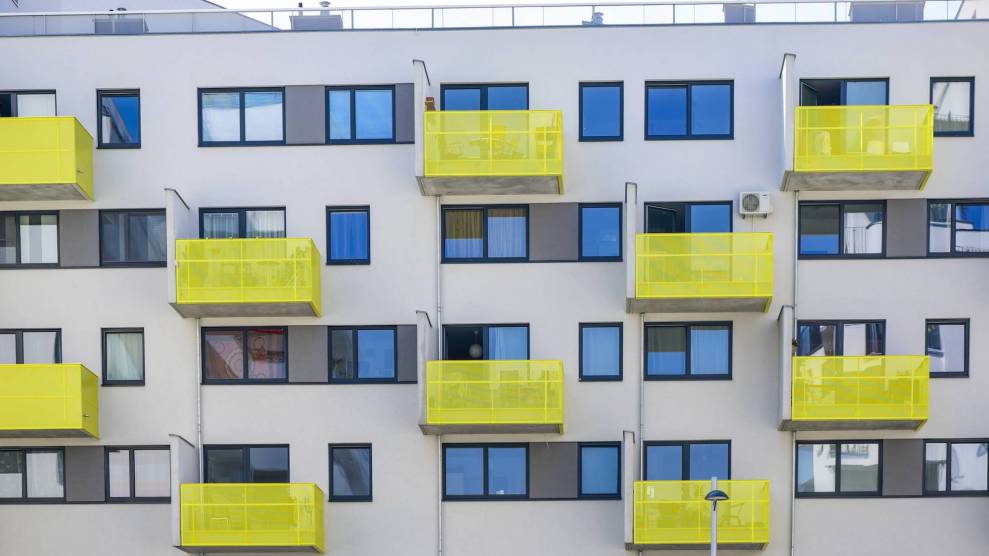 Housing has been one of the single greatest vehicles for building wealth in the United States. Yet the ranks of Americans who can’t find affordable housing are swelling.

Although the problem goes back decades, the collapse of the housing bubble in 2008 and the recession that followed made it impossible to ignore how dysfunctional America’s housing landscape has become. Today, nearly half of renters pay more than 30 percent of their income on housing. After declining during the Obama years, the number of homeless people rose to over 550,000 in 2017. According to the Urban Institute, there is only enough “adequate, affordable and available” housing for 46 percent of the roughly 11.8 million extremely low-income households. Nevertheless, Secretary of Housing and Urban Development Ben Carson is touting legislation that would triple rents for some of the poorest public housing residents.

Much of the housing debate has been dominated by arguments over private development. But a new report from the People’s Policy Project makes the case for a massive experiment in affordable, government-sponsored “social housing” along the lines of housing built in countries like Finland and Sweden and cities like Vienna, Austria. The report proposes building 10 million units over 10 years at a cost of $300,000 per unit. That may sound steep, but the entire project could be covered by undoing the recent corporate tax cut signed by President Donald Trump. In addition to bringing affordable housing to millions of people, the report’s authors say their plan would address problems that are closely tied to housing, particularly economic inequality, poverty, and racial discrimination.

I spoke with Ryan Cooper, co-author of the People’s Policy Project report and a national correspondent for The Week, about this ambitious plan.

Mother Jones: Your report argues that a massive public housing program is the best vehicle for solving the country’s housing problem. Can you sketch out what makes “social housing” the best available remedy?

Ryan Cooper: The first and most immediate thing is that there is just straight-up not enough affordable housing in the country. Social housing, as we call it to distinguish it from American-style public housing, makes the most sense for a whole variety of reasons. The first is that you can bypass the luxury problem by simply building units that are reasonably sized in order to pack in more units (that won’t rent for quite as much). Second, doing it in a social housing fashion the way we propose, you have universal access. You definitely want to set aside some portion of the units for poor people, working-class people. But then you also have mid-range for middle-class people and market rate for upper-class people who can afford that. What that does is put downward pressure on the overall market price of housing, so it makes the rest of the city affordable.

“We emphasize that if you’re going to build a bunch of new housing, we don’t want to do any of that urban renewal shit.”

It makes these projects much closer to self-funding because you’ll be taking in much more revenue. The big problem with American public housing is that if it’s all poor people in your units, you can’t charge them big rents. That means you have to have a big subsidy. Under neoliberal governments, there’s been a big cutback on these subsidies and units have slowly deteriorated over the years. If you have a more diverse socioeconomic spectrum, then you have much more revenue coming in.

If you look at how social housing works in Vienna and some European countries, it’s a real diverse group of people living side by side and not herding all of the people into these Stalinist housing blocks where the services are terrible and the police are constantly coming around to harass everyone. Poverty is bad in general, but to the extent that there’s going to be low-income people, I think it’s best to have everybody dispersed around. You get middle-class people into these developments and there will be more political constituency for them to be well-maintained.

MJ: The argument you often hear is that all the problems are on the supply side: If we make it easier for developers to do their thing, then much of the issue will resolve itself. Is there something baked into the market-driven approach that makes large-scale housing construction impossible?

RC: The way that private development works is that they go for the luxury units because they want that profit. The problem is that if you just say, “What is the most profitable unit of housing we can build?” it’s going to be some gigantic luxury apartment. The argument from the YIMBY-types is that you’ve just got to saturate that luxury market and then saturate the mid-range market. But that’s going to take years, decades probably. In the meantime, whole neighborhoods are going to be completely overturned. Social housing is just strictly superior on the merits, especially for these most hard-hit cities.

MJ: Public housing is often portrayed as a dungeon for the people living in it; you acknowledge that it has promoted displacement and segregation. How would an even larger social housing footprint avoid the same fate and deliver decent, even enjoyable, living experiences?

RC: There are something like 2 million public housing units. The people living in them often don’t like them very much, but it’s still way better than being out on the street. That’s why we emphasize that if you’re going to build a bunch of new housing, we don’t want to do any of that urban renewal shit. We don’t want to just bulldoze all of the ghettos and then build them up again. As I was saying before, I think socioeconomic integration is the key thing. We’re not going to just say, “Alright, we’re going to throw some pennies toward building these big blocks to at least keep them from falling down, and just stuff all of the black people in there so that they’re out of sight.” This could be a more just and fairly integrated neighborhood. That way, hopefully, you avoid the segregation, which is as bad now as it was in 1963.

MJ: You highlight that there’s not actually anything innovative about this approach, pointing toward existing large-scale social housing programs in countries like Finland and Sweden and cities like Vienna. What lessons can we learn from those examples?

“You get middle-class people into these developments and there will be more political constituency for them to be well-maintained.”

RC: It’s sort of like “Medicare for All.” We haven’t done it here, but if Europe can do it, there’s no reason why America can’t do it. One of the more instructive examples is Sweden. In the mid-1960s, they decided they were going to build 1 million units of public housing. It’s astounding for a population of 8 million. It’s like building and rebuilding 1 million units in New York City—about that size. That level of ambition is possible. We propose starting somewhat slower—to do a million and see where we are. And then maybe do another million. We’ll try a few different things and see how those are working out, then make adjustments and build more as opposed to crashing through and building as fast as we can.

MJ: For an ambitious housing program like this, would any current laws or regulations need to change, or can all this be done within existing rules?

RC: If you want to involve the federal government, you would have to change some things. You’d have to change the 1937 Housing Act, which basically says public housing can only be for poor people. There’s the Faircloth Amendment, which caps the number of housing units that are available for subsidy in every city. That’s got to go. You’d want to say, “We’re going to do a new public housing law, we’re going to set it up like this.” It might be possible to just reform the existing structure here and there, but I think you’d want to make this a big public push to get everyone interested.

MJ: In California, an ambitious housing bill aimed at increasing the available supply and bringing costs down to Earth just failed. What do you make of that debate and where a proposal like yours fits in?

RC: The constituency you have to overcome to pass something like this is the self-interested homeowner class—people who think that the value of their property and whatever perceived amenities they get along with that is their paramount concern. You hear a lot of people who are disguising that argument with a lot of puffery about the character of the neighborhood and so forth when mainly what I think people are worried about is the value of their homes because it’s their major investment.

One problem that I saw [in California] was that they were also getting a ton of opposition from tenants’ rights groups, lefty folks. I think that—and this is totally untested—if you had a housing bill with 50 percent of the type of upzoning that was in the original bill and 50 percent social housing, and with a lot stronger affordability protections, you might get all those people on the same side.

RC: Despite the fact that I’ve been fighting with the YIMBYs since this paper dropped, I’m willing to make common cause with those people if you can actually get something accomplished, because I feel like we’re in the same general vicinity. I would be interested to see if people can make some kind of common cause; to say, “Well, maybe neither of us have the strength to get exactly what we want, but maybe we can take a little bit here and a little bit there and actually get something.”