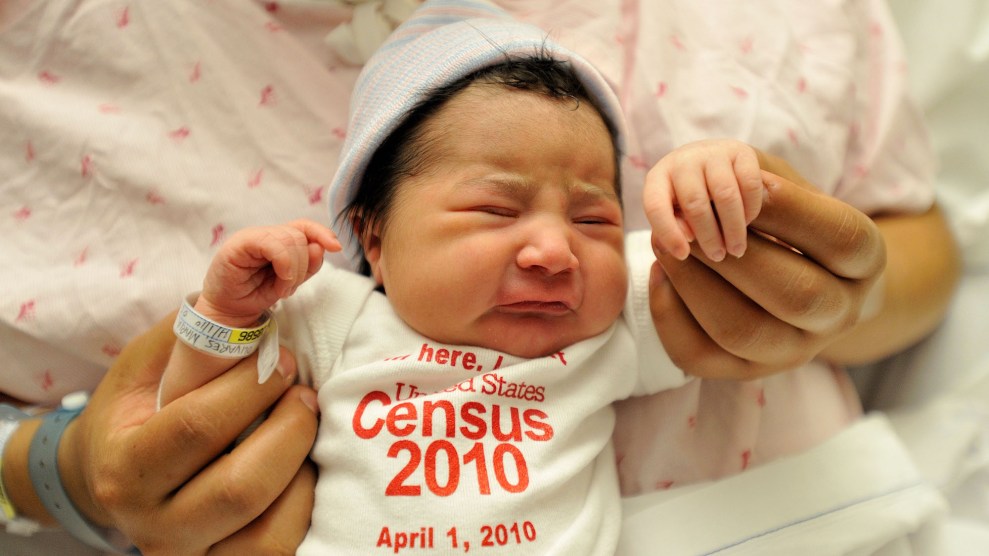 With less than two years before the 2020 Census kicks off, the upcoming count remains underfunded and  doesn’t have a director. The effort will help determine how more than $675 billion in federal spending is allocated—but changes to the Census could cause it to overlook huge swaths of the population, particularly kids, according to a new study.

An estimated 1 million young kids under the age of 5 were missed by the 2010 Census. And according to a report by the Annie E. Casey Foundation, as many as 4.5 million children younger than 5 could be undercounted in 2020. Changes to the way the Census is being conducted will put an unprecedented number of kids at risk of going uncounted, says Laura Speer, the foundation’s associate director of policy reform and advocacy.

The census tracts that had the lowest 20 percent of response rates to the 2010 count are home to nearly one in four young children, the study found. In those areas, Speer explains, it can be hard to get an accurate count because residents may move around frequently, are less likely to own their homes, and may live in complex family situations that are difficult to document. With the addition of a citizenship question, advocates have said that immigrant families, some of whom may be undocumented, will be less likely to respond to the Census. This will also be the first year the Census is conducted digitally, which may leave behind families without reliable access to the internet. “Young children are disproportionately in immigrant families, with multigenerational households,” Speer said. “That has implications because there are language issues, and in this moment, a level of fear in those communities.”

The study found that black, Latino, and Native American children, particularly in low-income families, are the most likely to be undercounted. In 2010, the Census missed 7.5 percent of Latino children under the age of 5. For black children it was 6.3 percent, in contrast to just 2.7 percent for all other kids.

Black, Latino, and Native American children lag behind their peers by almost every measure of economic and social well-being, according to the foundation. A complete and accurate Census count is crucial to closing those gaps in well-being, Speer says. Funding for programs like food stamps and early childhood education programs such as Head Start is distributed based on the Census, so undercounting kids means that those programs will also be underfunded. “If you don’t know how many 2-year-old children there are, how are you going to plan the neighborhood elementary school?” Speer says. “Those most likely to be undercounted are those with the most to lose.”

There are still steps the Census Bureau can take to prevent undercounting in 2020, Speer says, including expanding funding and bringing on a full-time director. While the effects of the digital transition and the citizenship question are unknown, she says that outreach to immigrant and low-income communities can help increase their response rates. “There isn’t clarity about what the impact will be,” she says. “But it’s important to address people’s concerns and ensure privacy will be maintained so people feel comfortable filling out the form.”