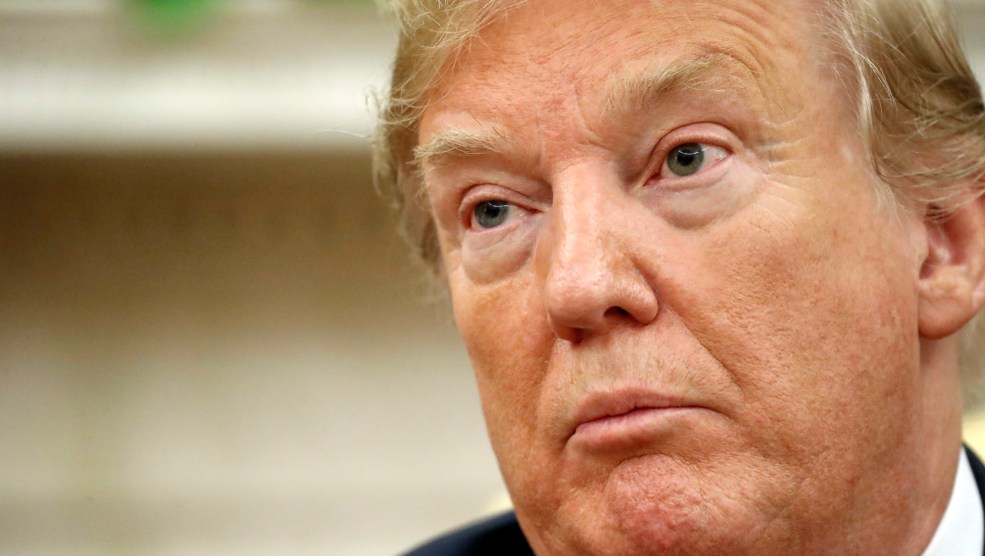 With Wednesday’s announcement that Supreme Court Justice Anthony Kennedy will be retiring, President Donald Trump has the opportunity to appoint the second justice of his presidency. His choice will likely shift the court further to the right—and for decades to come. As the court’s frequent swing voter, Kennedy sided with the court’s liberals more often than any of his conservative colleagues. That’s not likely to be true of his replacement. In November, Trump released his short list of 25 potential Supreme Court nominees, an updated version of the list he had produced during the presidential campaign. They’re a very conservative bunch.

Here are some of the likeliest candidates for the next Supreme Court justice:

Brett Kavanaugh (age 53), DC Circuit Court of Appeals: Perhaps the leading contender to replace Kennedy is Kavanaugh, a former Kennedy clerk and current judge on the DC Circuit, the stepping stone for three sitting Supreme Court justices. Appointed by former President George W. Bush, Kavanaugh earned his spot on the DC Circuit after working for Ken Starr, investigating Bill Clinton’s relationship with intern Monica Lewinsky and preparing an impeachment case against the former president. Democrats fiercely opposed his nomination to the DC Circuit, in part because he was viewed as a partisan hack—Sen. Dick Durbin (D-Ill.) called him the “Forrest Gump of Republican politics” because of his habit of being involved in every political controversy in the news. But Kavanaugh also faced opposition because he had never tried a case and had very little experience with criminal law. Durbin observed during Kavanaugh’s confirmation hearing that he was nominated with “less legal experience than virtually any Republican or Democratic nominee in more than 30 years. Of the 54 judges appointed to this court in 111 years, only one—Kenneth Starr—had less legal experience. That is a fact.”

The American Bar Association, which initially rated Kavanaugh “well qualified,” downgraded that assessment to “qualified” after interviewing people who had worked with him. In its report, the ABA noted, “One judge who witnessed the nominee’s oral presentation in court commented that the nominee was ‘less than adequate’ before the court, had been ‘sanctimonious,’ and demonstrated ‘experience on the level of an associate.'” His nomination stalled for three years before he was finally confirmed in 2006. In his 12 years on the DC Circuit, Kavanaugh has made a name for himself as a staunch opponent of the Obama administration’s environmental agenda. His dissents in cases involving the Environmental Protection Agency often seemed to sway the Supreme Court. At 53, Kavanaugh is, like Gorsuch, young enough to influence the court for many decades to come.

Steven Colloton (age 55), 8th Circuit Court of Appeals: Colloton was on a panel of judges that struck down a provision of the Affordable Care Act. The Obama administration had provided an exemption from the bill’s contraceptive mandate for religious organizations. But Colloton and his colleagues ruled that even the process of opting out of the mandate was a burden on the groups’ religious freedom. (Every other federal court to consider the issue found the regulations acceptable.) That decision enabled the Supreme Court to take up the issue. Like Kavanaugh, Colloton worked for Starr on the Whitewater/Monica Lewinsky investigation.

Raymond Gruender (age 54), 8th Circuit Court of Appeals: A colleague of Colloton, Gruender is well known for writing the circuit court’s opinion in a 2006 case concluding that a company insurance plan could exclude birth control pills from coverage and that such a denial would not violate the Pregnancy Discrimination Act. The opinion took aim at a Clinton-era finding that the act entitled women to contraceptive coverage, and it was used extensively by anti-abortion advocates to attack the contraceptive mandate in the Affordable Care Act.

Pryor was such a toxic nominee when Bush chose him for a federal judgeship in 2003 that Senate Democrats initially filibustered him. Pryor has referred to Roe v. Wade, the 1973 Supreme Court decision making abortion legal, as the “worst abomination of constitutional law in our history” creating “a constitutional right to murder an unborn child.” As Alabama’s attorney general, he filed a brief to the Supreme Court supporting Texas’ anti-gay sodomy law—he was the only state attorney general to do so—and defended a ban on the sale of sex toys in the state, writing that “the commerce in sexual stimulation and auto-eroticism, for its own sake, unrelated to marriage, procreation, or familial relations is an evil, an obscenity…detrimental to the health and morality of the state.” In 2014, he was on a panel of judges that barred the Obama administration from enforcing the contraceptive mandate against EWTN, a Catholic TV network. While on the court, he voted to continue a ban on volunteers feeding homeless people near Orlando’s city hall; upheld a restrictive Georgia voter ID law; and refused to block the use of opening prayers at government meetings in Cobb County, Georgia.

With support from Sessions, Pryor was an early favorite to replace the late Justice Antonin Scalia, but was ultimately rejected in favor of Neil Gorsuch. Pryor’s stock in the White House has likely plummeted along with that of Sessions, who has been at odds with Trump for months over his decision to recuse himself from the special counsel investigation into Russian meddling in the 2016 election.

Don Willett (age 51), 5th Circuit Court of Appeals: Willett was an extremely conservative member of the Texas Supreme Court before Trump appointed him to the 5th Circuit, which he joined in January. The bowtie-wearing judge was famous for his witty Twitter feed, which was unusual for a sitting judge. But he was also known for some extreme judicial opinions; he once bragged that “there is no ideological daylight to the right of me.” LGBT groups opposed his nomination to the 5th Circuit because of his well-documented hostility to same-sex marriage. Last year, while still on the Texas Supreme Court, Willett joined in an opinion finding that Obergefell v. Hodges, the Supreme Court ruling that legalized same-sex marriage, did not guarantee equal publicly funded benefits for the spouses of gay and lesbian public employees, in direct opposition to what the Supreme Court has found. He has expressed hostility to some women’s issues, including the Equal Pay Act and reproductive rights.

While working as an adviser to then-Texas Gov. Bush, Willett wrote a memo arguing against an official proclamation by Bush honoring the Texas Federation of Business and Professional Women. He wrote:

I resist the proclamation’s talk of “glass ceilings,” pay equity (an allegation that some studies debunk), the need to place kids in the care of rented strangers, sexual discrimination/harassment, and the need generally for better “working conditions” for women (read: more government). Issue-wise, they support the ERA, affirmative action, abortion rights, legislation adding teeth to the Equal Pay Act, etc. and they regularly line up with the AFL-CIO and similar groups…The group is quite active politically…and publishes research papers on issues like pay equity, abortion rights, etc. The proclamation can perhaps be re-worded to omit these ideological hot buttons while still respecting the contributions of talented women professionals. But I strongly resist anything that shows we believe the hype.

Joan Larsen (age 49), 6th Circuit Court of Appeals: Larsen had been on the Michigan Supreme Court for barely a year when Trump nominated her to the 6th Circuit. A darling of the conservative Federalist Society and a former clerk for Scalia, Larsen was opposed in her bid for the 6th Circuit by civil rights groups, which saw in her writings a disturbing level of support for executive power. In 1994, she co-authored a law review article in which she stressed the need to “protect the President, and the national constituency which he represents, from Congress, the most dangerous (and powerful) branch of government.”

Like many of Trump’s short list members, Larsen worked in the Justice Department under Bush. After leaving the administration, she became a law professor at the University of Michigan. In 2006, Larsen wrote an op-ed in the Detroit News defending Bush’s extensive use of signing statements—legal documents in which he asserted his power to simply ignore parts of laws he was signing that he didn’t agree with. Larsen wrote, “If circumstances arose in which the law would prevent him from protecting the nation, he would choose the nation over the statute.” Such fierce support of presidential power would obviously appeal to Trump, who has claimed that he has the power to pardon himself should he be indicted. The Supreme Court could end up deciding whether he’s right, in which case Larsen could be a helpful ally.

Other candidates on Trump’s list include David Stras, 43, a former clerk for Justice Clarence Thomas and member of the Minnesota Supreme Court who regularly criticized Kennedy as too liberal and whom Trump elevated to the 8th Circuit Court of Appeals in January, and Patrick Wyrick, 37, a protégé of EPA Administrator Scott Pruitt. Wyrick is currently a justice on the Oklahoma Supreme Court, but in April, Trump nominated him to a seat on the US District Court in Oklahoma. He has yet to be confirmed for that spot, but given Trump’s fondness for the embattled Pruitt, he can’t be ruled out as a Supreme Court contender.

Trump is likely to nominate someone very quickly. Senate Republicans are pushing to have Kennedy’s replacement confirmed before the midterm elections in November.