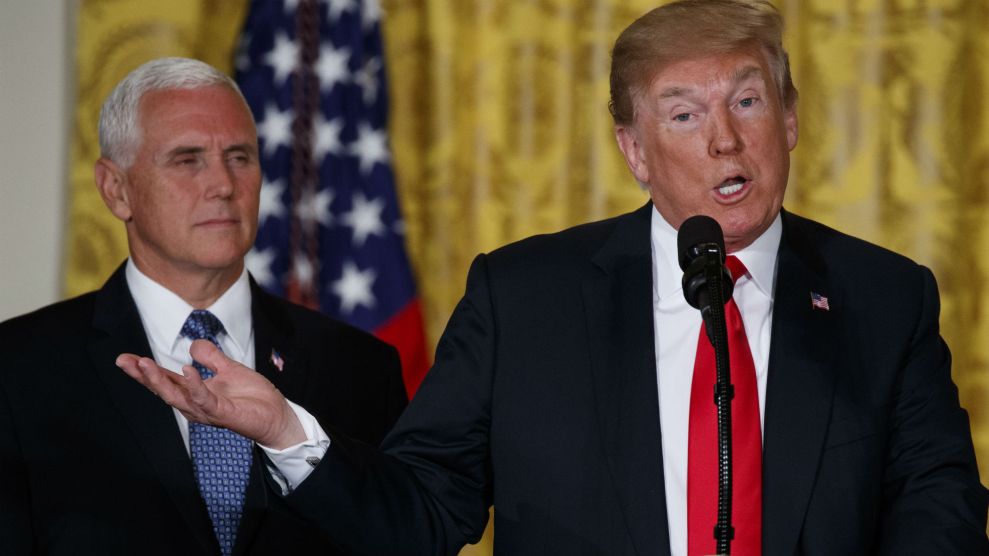 On Saturday, the White House announced it will nominate Kathy Kraninger, associate director of the White House Office of Management and Budget, to head the Consumer Financial Protection Bureau, the Wall Street watchdog created in the wake of the financial crisis to monitor big banks.

“This is a scheme to keep Mick Mulvaney at the helm of the CFPB.”

Both the announcement and the nominee stunned consumer advocates—because it’s unusual to make such an important announcement on a weekend, and Kraninger is a little-known White House aide with a long public service record but zero financial policy experience.

“We feared a nominee who was more focused on protecting industry than consumers. But we really didn’t expect one that knew nothing at all about this critically important area,” says Lauren Saunders, associate director at the National Consumer Law Center. “Her lack of background and credentials in consumer protection are pretty stark.”

The choice has lent credence to a theory that the White House’s nominee is part of a plot aimed at sustaining the tenure of its current director as he undertakes a campaign to chip away the agency’s regulatory powers. The CFPB is now led part time by the director of Trump’s Office of Management and Budget, Mick Mulvaney—a longtime foe of the bureau. As a congressman, Mulvaney co-sponsored legislation to weaken the agency and even shut it down altogether. Since taking the CFPB’s helm as acting director in November following the departure of Obama-era director Richard Cordray, Mulvaney has taken major steps to dilute the agency’s power—from promising to decrease staff by 20 percent to dismissing advisory boards, relaxing regulations on predatory lenders, and even changing the agency’s name.

Under federal law, Mulvaney is required to step down as acting director by the end of this week, June 22, unless the administration sends a nominee for a permanent director to the Senate. However, once a nominee is pending confirmation, Mulvaney can stay on as acting director until the process concludes. Republicans could delay her hearing, or the inexperienced nominee could move ahead into a drawn-out confirmation battle. But either way, the law could allow Mulvaney to continue leading the agency.

“This is a scheme to keep Mick Mulvaney at the helm of the CFPB,” said Yana Miles, senior legislative counsel at the Center for Responsible Lending, in an emailed statement. “If the Administration was serious about protecting consumers, the President would have nominated someone qualified last January instead of someone unqualified in June—just days before the CFPB nomination deadline.”

The White House did not respond to a request for comment from Mother Jones about whether Kraninger’s inexperience was part of its nomination calculus. In a Saturday statement, a White House spokesperson said Kraninger “will bring a fresh perspective and much-needed management experience to the BCFP, which has been plagued by excessive spending, dysfunctional operations and politicized agendas.”

If the Senate rejects the administration’s nominee, Mulvaney can stay on as director for up to 210 days awaiting a new nominee from the White House. Then, if a new nominee is put forth, rinse and repeat—the whole process starts over again. Mulvaney himself has said he expects to stay at the CFPB until the end of the year.

“If you were really trying to game it, and you had the cooperation of the Senate in so doing, you could drag it out for over a year, keeping the acting director in place,” says Andrew Rudalevidge, a government professor at Bowdoin College.

Industry observers have noted that even if Kraninger is confirmed, the White House would still get a CFPB head amenable to its goal of reining in the bureau. “You could speculate that this is extending the clock,” Rudalevidge says. “Either way, it’s going to lead to a result that meets the president’s preferences better than Mr. Cordray did.”