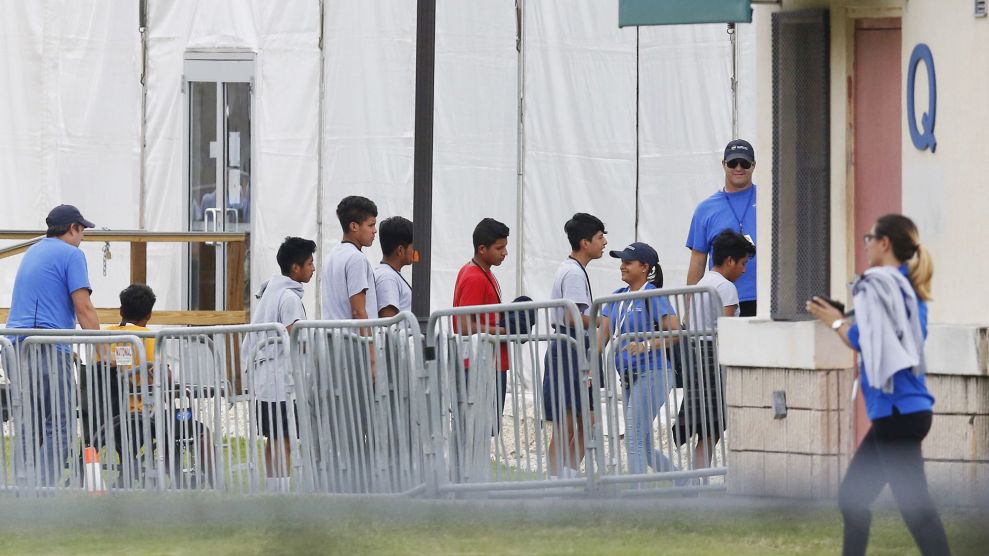 As the Trump administration continues to face criticism over its vague plans for reuniting separated families, there’s yet another obstacle confronting those who are trying to free children from government custody. The relatives of these kids have to pay steep fees, including the cost of airfare and a child escort, in order to secure their release.

As the New York Times reports, these fees, coupled with documentation requirements that include proof of income and rent receipts, can make it extremely difficult for sponsors to claim custody of the children. The Office of Refugee Resettlement, the government agency responsible for migrant children who have been apprehended by border patrol agents, says that the requirements help ensure the children are not being released to traffickers and are placed in suitable homes. Sponsors must prove that they are related to the child and financially able to support them.

Many of these policies were in place before Donald Trump’s presidency, and they apply broadly to unaccompanied minor immigrants—not just to those who were separated from their parents under Trump’s controversial “zero tolerance” policy. But according to the Times, the Obama administration waived the travel fees in 2016 when a large number migrant families crossing the border overwhelmed US facilities.

Under Trump, however, families of migrant children have been charged large sums of money. In one instance, a Los Angeles construction worker had to pay $1,800 to cover airfare for his cousin’s 14-year-old daughter—who’d been separated from her mother by immigration officials—and an escort. “They notified me a day before her release,” the man said. “I had no choice.”

In another case, a Salvadoran migrant was charged nearly $600 for her own son’s airfare when she was reunited with him:

Brenda, a Salvadoran migrant who was separated from her 7-year-old son Kevin at the border on May 27, was charged $576.20 to cover the boy’s airfare from Miami to Virginia. His escort collected the money order at Washington Dulles airport on Friday upon handing over the child to his mother.

“The government is creating impossible barriers and penalizing poverty,” Neha Desai, director of immigration at the National Center for Youth Law, told the Times.