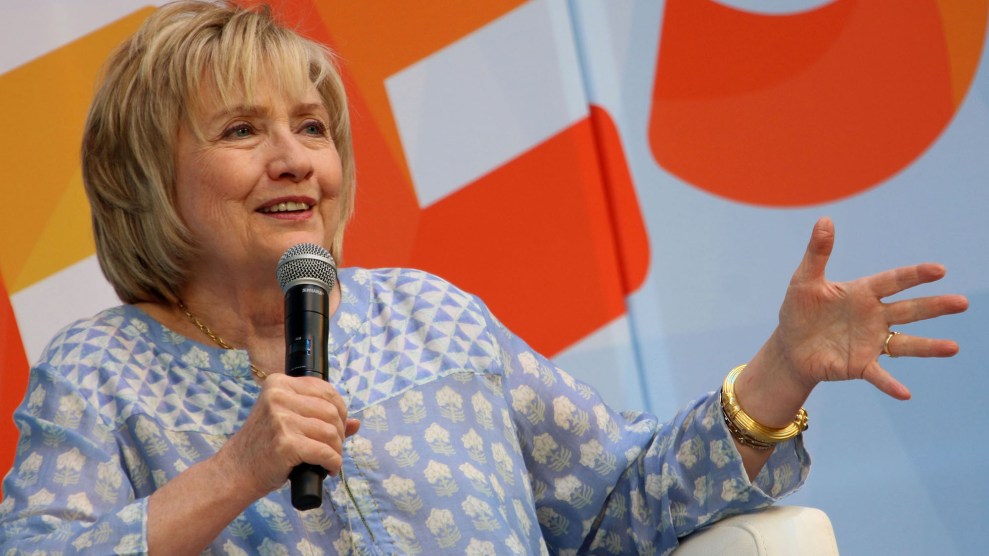 On Sunday morning, former presidential candidate, first lady and secretary of state Hillary Clinton took to Twitter to urge people to participate in nationwide protests organized by pro-choice and union groups to fight the confirmation of President Donald Trump’s nominee to the Supreme Court, Brett Kavanaugh.

People are mobilizing across the country today to #StopKavanaugh. Find an event near you: https://t.co/4ilvODIWAR

This nomination holds out the threat of devastating consequences for workers’ rights, civil rights, LGBT rights, women’s rights…It is a blatant attempt by this administration to shift the balance of the court for decades and to reverse decades of progress. You know I used to worry that they wanted to turn the clock back to the 1950s, now I worry they want to turn it back to the 1850s.

Her forceful opposition to Kavanaugh comes in some contrast to her radio silence on Trump’s previous pick for the court, Neil Gorsuch, who replaced the late Justice Antonin Scalia. Clinton does not seem to have made any public comments on Gorsuch’s nomination, which came shortly after Trump took office. She’s showing no such reserve now, with Kavanaugh set to replace a justice known for showing some moderation on issues such as LGBT and abortion rights.

Clinton might have other reasons for disliking Kavanaugh: He played an instrumental role in Independent Counsel Ken Starr’s investigation into the Clinton real estate deal in Arkansas that ultimately led to impeachment proceedings against her husband. Among other things, Kavanaugh urged Starr to ask President Bill Clinton a host of lewd questions as part of his investigation into Clinton’s affair with Monica Lewinsky.

For his part, Kavanaugh seems to have had no love for Clinton, either. As Mother Jones reported last month: