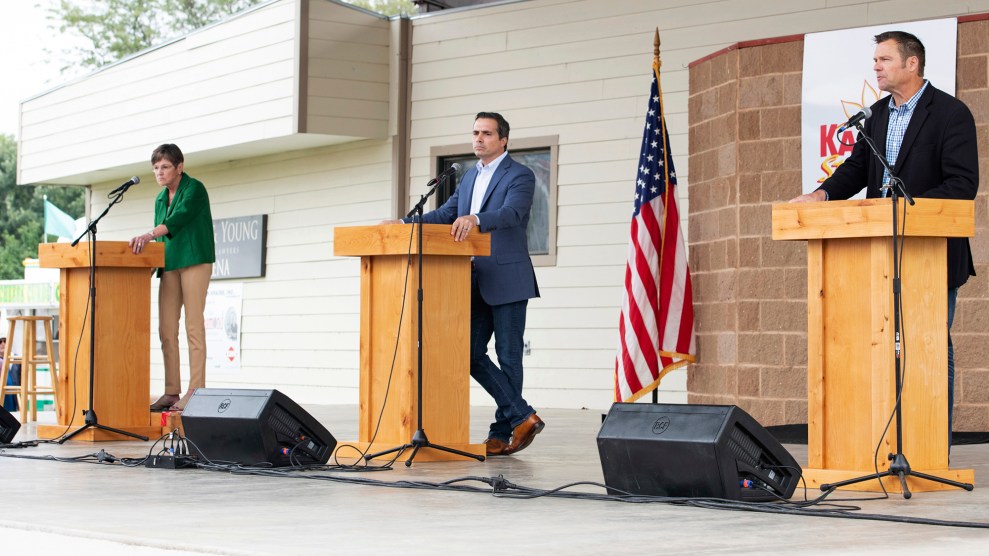 Former Republican Kansas Senator Nancy Kassebaum, who served from 1978 to 1997, endorsed Democratic gubernatorial candidate Laura Kelly over Republican Kris Kobach on Tuesday. “It seems to me that Kobach has developed a record that shows a focus on ways and how to accomplish his end goals that I think are not the best for Kansas,” Kassebaum said.

Earlier this month, former Kansas Republican Gov. Bill Graves, who held office from 1995 to 2003, also announced he was endorsing Kelly over Kobach. “Laura Kelly is the only Democrat I have ever endorsed for public office,” Graves said. “And the reason I’m doing that now is because I believe so much is at stake in the state of Kansas.”

Kobach’s record as Kansas secretary of state has attracted intense national scrutiny, particularly his extreme views on voting rights and immigration. Kobach served as the vice chair of Donald Trump’s disgraced election integrity commission and was the source of Trump’s false claim that millions of people voted illegally in the 2016 election.

His signature voting restriction in Kansas, which required proof of citizenship to register to vote, blocked more than 30,000 people registering before a federal court struck down the law in June. A federal judge found Kobach in contempt of court for refusing to comply with an earlier court order to register voters in Kansas. She also ordered him to take six hours of legal education on how to introduce evidence in court after he suffered a series of humiliations during the trial. (Kobach’s office will now oversee his own election race.)

Kobach has also been a vocal supporter of Trump’s hard-line immigration policies. For years, he has represented local jurisdictions that have passed ordinances cracking down on illegal immigration. And while these efforts have mostly failed in court, they have earned Kobach more than $800,000 in legal fees.

Many Kansans have soured on the right-wing agenda of former Gov. Sam Brownback, a Republican whose massive tax cuts bankrupted the state. Polls now show Kobach in a dead heat with Kelly, a state senator from Topeka who’s regarded as a moderate. This gives Democrats a rare pick-up opportunity in a deep-red state.