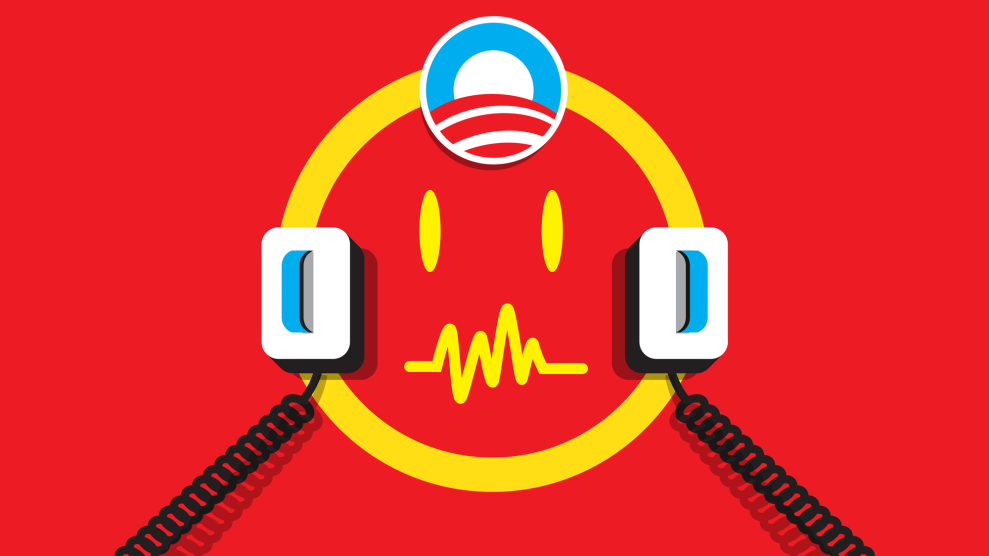 For Stephanie Burdick, this year’s Fourth of July parade in West Jordan, Utah, was a major milestone. She was marching in support of a ballot initiative that could expand Obamacare to tens of thousands of new people—quite a feat in one of the most conservative states in the union. But for Burdick, marching at all was a significant accomplishment.

Just three years earlier, she’d suffered a traumatic brain injury while surfing in California when her head slammed into another surfer’s board. She’d spent nearly a month in the hospital and had to relearn how to talk, how to walk, and how to do pretty much everything else. She lost her health insurance when her former employer realized she wouldn’t be able to return to work quickly, and she had to put key parts of her medical care on hold because her new bare-bones plan had a long list of excluded treatments: no walking and balance therapist, no neuro-ophthalmologist for her vision problems, no speech therapist, and no treatment for her migraines.

It wasn’t until she was added to Utah’s Medicaid program—19 months after she applied—that she could restart treatment. “My doctor kept telling me all this treatment I needed,” Burdick says. “And so by the time I was approved for Medicaid, [I was] just thinking about all of the time that I went without making very much progress because I didn’t have access to the care that my recovering brain needs.”

Burdick, now 30, is still working to get back to a normal life. She moved into her own place again this summer after learning how to get around via public transit last year; by July, she was able to slowly walk a parade route to campaign for Proposition 3, the November ballot measure that would provide an estimated 150,000 more Utahns with access to Medicaid under Obamacare.

The Affordable Care Act—as Obamacare is officially known—was already poised to play a key role in the 2018 midterms. Scores of congres­sional Repub­licans will have to defend their 2017 votes to repeal the law, and Democrats are blasting their opponents’ ongoing attempts to eliminate protections for people with preexisting conditions.

The nationwide uninsured rate has plummeted under Obamacare, largely because of Medicaid expansion.

But in four states, Obamacare is literally on the ballot. Three of these—Utah, Idaho, and Nebraska, all of which President Donald Trump won easily—are voting on initiatives that, if passed, will force their state governments to expand Medicaid. Montanans, meanwhile, will vote on raising taxes to keep the state’s program funded. Polling on ballot measures is often limited, but early numbers suggest that at least some of these initiatives have a good shot of passing. A poll conducted in May found that Utah voters favored Proposition 3 by a 2-to-1 margin.

Historically, Medicaid in most states covered only those who were the poorest of the poor and also had children. The ACA expanded that coverage to anyone who earns up to 138 percent of the federal poverty level—about $35,000 per year for a family of four. Its authors intended to force every state to adopt this Medicaid expansion, but in a 7-2 decision in 2012, the Supreme Court ruled that states could choose not to do so. To date, Republican officials in 17 states have rejected the program, leaving millions of people uninsured.

Meanwhile, the nationwide uninsured rate has plummeted under Obamacare, largely because of Medicaid expansion. Back in 2013, the uninsured rate was 19.9 percent, according to the Commonwealth Fund. It dropped to 12.7 percent in 2016. (As of this spring, it was at 15.5 percent after Trump rolled back aspects of the law.) According to the Kaiser Family Foundation, as of late 2016 nearly 12 million people had gained insurance thanks to Medicaid expansion. The group estimates another 2.2 million people fall into the so-called coverage gap—too poor to qualify for subsidies on Obamacare’s marketplace but lacking access to Medi­caid because they live in a state that has refused expansion. Studies have shown that low-income people in states with Medicaid expansion have less unpaid medical debt and more access to health care providers.

And it’s not just people directly receiving Medicaid who benefit from expan­sion. A 2016 study published by the Department of Health and Human Services found that insurance premiums on the individual market were 7 percent lower in states with Medicaid expansion than in places that had rejected the program.

So far, the ACA has proved remarkably popular at the ballot box. Last year, Maine voters approved by an 18-point margin a measure to expand Medicaid, despite fierce opposition from Republican Gov. Paul LePage. Since then, LePage has bitterly resisted implementing the law, leading to a lengthy court battle. But the Fairness Project, a national group that backed the proposal, sees the campaign as a successful test run. “There’s clearly a trend whereby the legislatures refused to embrace the Medicaid expansion for whatever reasons,” says Jonathan Schleifer, the group’s executive director, “and their constituents want to see the benefits of [expansion].”

In Utah, where organizers have for years worked behind the scenes for Medicaid expansion, getting Proposition 3 on the ballot wasn’t easy. Supporters had to gather signatures totaling 10 percent of the 2016 electorate from legislative districts across the state. “It’s a high bar to get on the ballot in Utah,” says state Rep. Raymond Ward, a family doctor and Republican state legislator who supports the initiative.

But in the end, with backing from the Fairness Project, they cleared it. “It really was inspiring how many volunteers came together to stand in front of supermarkets and libraries to educate Utah voters about what this is,” says RyLee Curtis, a campaign manager for Utah Decides, the group behind the state campaign.

For Ward, Proposition 3 is all about caring for his patients, some of whom, he believes, are “going to die because they’re an American.”

A key argument in favor of Proposition 3 is the fact that in lieu of expanding Medicaid, Utah turns down $800 million in annual health care funding from the federal government. That’s because under Obamacare, the feds pay more than 90 percent of the expansion costs. Supporters also learned a key lesson from Maine, where LePage has insisted that questions over how to fund the state’s portion of the tab prevent him from implementing the voter-approved expansion. Utah’s version includes a small sales tax increase to cover the bill.

For Ward, Proposition 3 is all about caring for his patients, some of whom, he believes, are “going to die because they’re an American” and can’t afford the treatment they need. The Republican lawmaker cites an uninsured patient dying from pulmonary disease who forgoes medication and appointments with specialists because they are too expensive. “He’s short of breath, and those medicines are hundreds of dollars a month, and every visit with the pulmonologist is $300 to walk through the door,” Ward says.

If Medicaid expansion passes in Utah and elsewhere this fall, expect to see a raft of similar initiatives in red states in 2020. The Fairness Project is already talking with organizers around the country. “It’s an opportunity for folks who don’t have the traditional vehicles of power—the House, the Senate, the White House—to be able to actually effect change,” Schleifer says. “That’s what makes these ballot initiatives really powerful at this moment in time when so many feel like the only real vehicle for change is an election.”