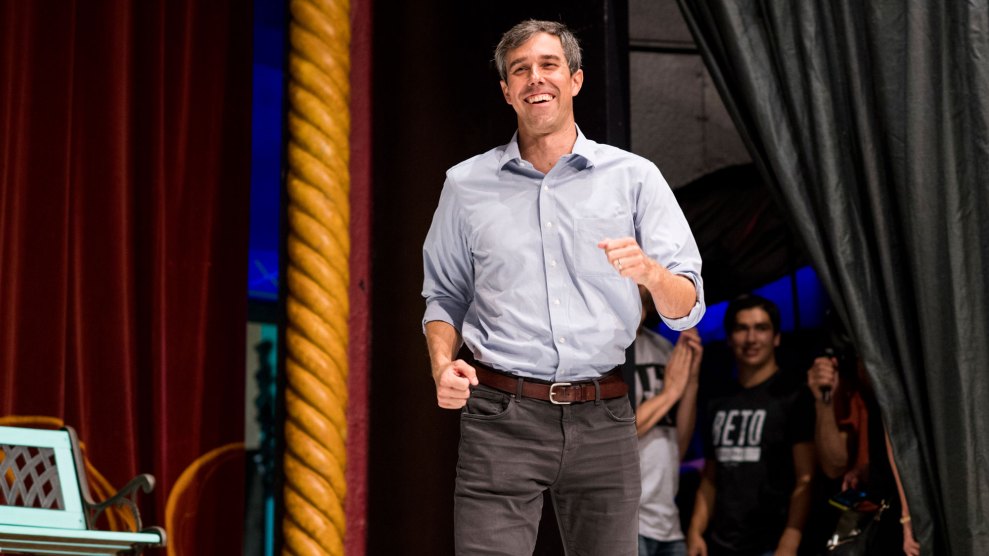 There are no unimportant days during campaign season, but some days are more significant than others. This year, Tuesday October 9 is one of them. When the dust settles on November 6, at least a few campaigns might look back in anguish or exhilaration at what happened today—the deadline to register to vote in 13 states: Arizona, Arkansas, Florida, Georgia, Indiana, Kentucky, Michigan, Mississippi, New Mexico, Ohio, Pennsylvania, Tennessee, and Texas.

That’s a lot of states, and they’re home to a lot of campaigns, many of which are expected to be close: 9 governors races; 10 Senate races; and several dozen competitive House races. The final margin in many of those contests could easily be smaller than the total number of new voters who sign up on Tuesday.

To progressive organizers, Texas’s non-voters are both a promise and a curse.

The voter registration deadline is a big deal everywhere, but it is a particularly big day for Democrats in places like Texas, where Rep. Beto O’Rourke is challenging incumbent Republican Sen. Ted Cruz. On Tuesday, like every other day over the last week, O’Rourke will be on college campuses—Texas Southern and Rice—while his wife, Amy O’Rourke, visits UTEP with Veronica Escobar, the Democrat running to succeed him in Congress.

O’Rourke, and basically every other high-profile Democrat in Texas, likes to describe Texas as a “non-voting state” rather than a red state, because of its chronically low rates of voter turnout and swaths of unregistered but eligible voters. That political engagement is lowest in the parts of Texas that are most solidly Democratic—especially in largely Hispanic parts of South Texas. In 2016, only two Democratic counties exceeded the statewide turnout rate of 59.4 percent; 126 Republican-leaning counties did.

The reasons for this are varied. One party rule isn’t great for civic engagement all-around, but Texas also goes to great lengths to make registering harder than it should be. Although Texas public schools are required to make registration available to students twice a year, many simply don’t. There’s no automatic voter registration when you apply for a driver’s license, as there is in 13 states. (In fact, this year Texas was found to be in violation of the Federal Motor Voter Law, which requires states to offer the option of registering to vote when you renew or update your license online.) If you want to register other people to vote—a bedrock activity of civic engagement and political organizing—you have to be deputized by the county to do that work, and you can only register voters in that particular county. So an organizer in Houston could not simply register voters in, say, nearby Sugar Land, without getting another credential.

To progressive organizers, Texas’s non-voters are both a promise and a curse. Implicit in any ambitious Democratic campaign in the Lone Star State is the promise that the Democratic candidate will necessarily expand the electorate to include lots of new voters. But after today, the electorate is baked in. There’s no more expanding the pool of voters, no more hypotheticals about a mass civic awakening. O’Rourke will go to war with the army he has.

Because the point of American elections is to make things as confusing as possible, voter registration deadlines vary dramatically from state to state. The deadline has already passed in two states—Alaska and Rhode Island were on Sunday. Fourteen jurisdictions, including the District of Columbia, allow voters to register on election day itself. If you live in one of these states, or anywhere else, you can learn everything you need about registering right here.