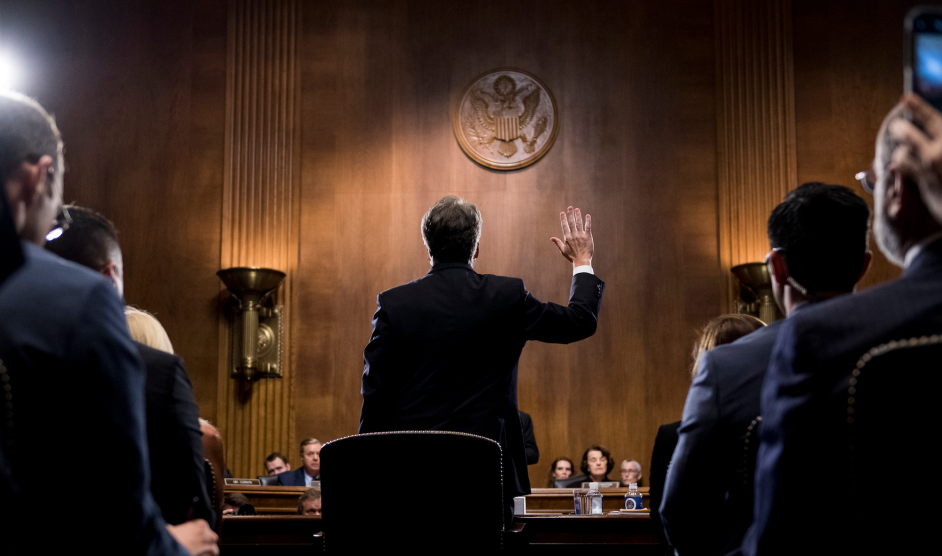 In a series of pre-dawn tweets, the White House on Thursday announced that it had received the FBI’s completed investigation into sexual assault allegations against Brett Kavanaugh and was sending the bureau’s report to the Senate, expressing confidence that the Supreme Court nominee would be confirmed.

White House spokesman Raj Shah hailed the investigation as the “most comprehensive review” of a Supreme Court nominee, despite mounting reports that the White House had in fact stepped in to significantly limit the scope of the probe.

With Leader McConnell’s cloture filing, Senators have been given ample time to review this seventh background investigation. This is the last addition to the most comprehensive review of a Supreme Court nominee in history, which includes extensive hearings, multiple (2/3)

committee interviews, over 1,200 questions for the record and over a half million pages of documents. With this additional information, the White House is fully confident the Senate will vote to confirm Judge Kavanaugh to the Supreme Court.” – White House Spokesman Raj Shah (3/3)

Democrats and key witnesses related to the sexual assault allegations are slamming the White House for blocking the FBI from conducting a thorough investigation into Kavanaugh despite public assurances from the president earlier in the week that the FBI could interview anyone it believed was central to the probe.

The New York Times reported Thursday that the FBI sought to interview 10 people and ultimately spoke to nine. This did not include Christine Blasey Ford, the first woman to come forward with accusations against Kavanaugh. The bureau also did not interview Kavanaugh himself.

“An FBI supplemental background investigation that did not include an interview of Dr. Christine Blasey Ford—nor the witnesses who corroborate her testimony—cannot be called an investigation,” lawyers for Ford said in a statement late Wednesday.

Deborah Ramirez, who has alleged Kavanaugh exposed himself to her at a party, told the New Yorker: “I am very alarmed, first, that I was denied an F.B.I. investigation for five days, and then, when one was granted, that it was given on a short timeline and that the people who were key to corroborating my story have not been contacted. I feel like I’m being silenced.”

Sen. Chris Coons: "I'm concerned that if (the FBI) never interviewed Dr. Christine Blasey Ford or her corroborating witnesses, if they never interviewed many of Judge Kavanaugh’s classmates from Yale who came forward … that this isn't the investigation I was hoping for” pic.twitter.com/KGd3gJMekO

As senators prepared to review the FBI report, President Trump on Thursday appeared to cite a new poll showing an uptick in Republican enthusiasm for the midterm elections amid the Kavanaugh allegations. He then slammed the allegations as “totally uncorroborated.”

Trump openly mocked Ford’s testimony and mischaracterized her allegations during a political rally on Tuesday, sparking widespread condemnation from Democrats and three Republican senators seen as key swing votes to Kavanaugh’s confirmation. The White House defended the president’s shocking remarks and claimed that he was simply “stating the facts.”

The harsh and unfair treatment of Judge Brett Kavanaugh is having an incredible upward impact on voters. The PEOPLE get it far better than the politicians. Most importantly, this great life cannot be ruined by mean & despicable Democrats and totally uncorroborated allegations!