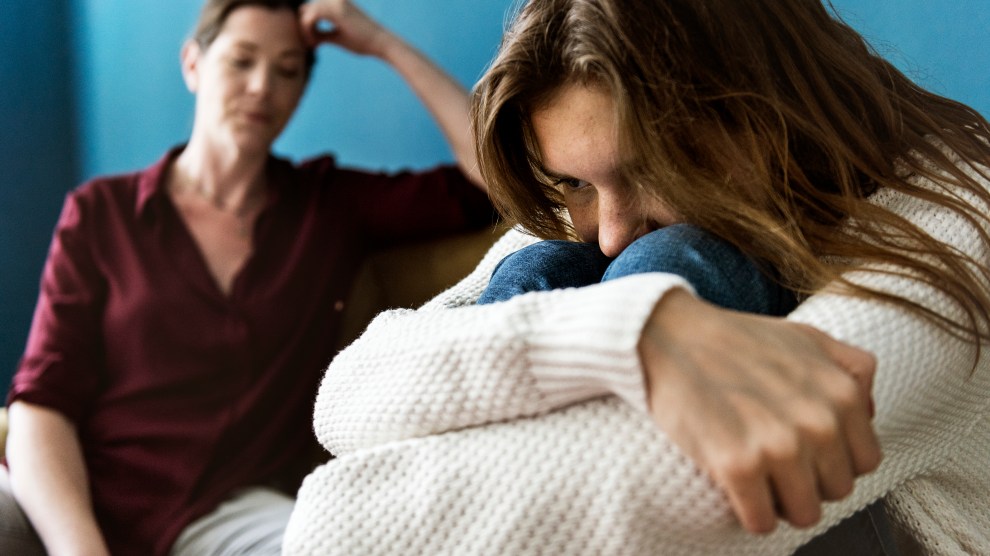 A new study examining the sexual behavior of adolescent girls before and after the introduction of a human papillomavirus vaccination program has shown what health professionals have long thought: Girls are not more likely to engage in risky sexual behaviors after receiving the highly recommended vaccine, which protects against certain types of cancers.

The study, published this week in the Canadian Medical Association Journal, shows that in years since the introduction of a school-based HPV vaccination program in British Columbia, the number of girls reporting sexually risky behaviors such as early sexual contact, multiple partners, or unprotected sex, has stayed the same. Certain types of behaviors have even decreased.

“It’s important to remind anybody who’s trying to make a decision that this is only to prevent HPV. It’s a cancer vaccine.”

HPV is the most commonly diagnosed sexually transmitted infection in the world—an estimated one in four Americans carry it. The vaccine protects against the most common types of the virus, which can cause cervical and other cancers. Almost 13,000 new cases of cervical cancer were reported in the United States in 2015, according to the Centers for Disease Control and Prevention.

HPV is easily spread through sexual contact, and so health officials recommend that adolescents receive the vaccine around the age of 11 or 12 to ensure immunity prior to any sexual activity.

But ever since 2006, when the vaccine was rolled out for American girls, some parents have worried that eliminating the threat of HPV might encourage their daughters to take part in risky sex. This is one reason, experts say, that fewer adolescents have gotten the shots—a series of two or three—than have received other vaccines recommended for adolescents.

For the new study, the researchers analyzed data that tracked almost 300,000 heterosexual girls over a decade. They did not look specifically at girls who received the vaccine, but used existing adolescent health surveys to determine broader trends.

From 2003 to 2013 the proportion of girls who’d had sex actually dropped from 21 to 18 percent. Pregnancy rates also fell, and girls were more likely to use contraception in 2013, when the HPV vaccine was available, than 2003, when it wasn’t. And the number of girls who reported having sex before the age of 14 “dropped significantly,” according to researchers.

“It’s important to remind anybody who’s trying to make a decision that this is only to prevent HPV. It’s a cancer vaccine,” says Flor de Maria Munoz-Rivas, a pediatric infectious disease specialist at Texas Children’s Hospital in Houston. “Behavior in adolescents is independent from the type of vaccination they get.”

In fact, Munoz-Rivas says, receiving the vaccine could help adolescents learn about the dangers associated with sexual activity: “Having that information makes them realize the consequences they might not be aware of. Taking the opportunity to provide that information in the context of a vaccination visit I think would have a beneficial affect.”

The HPV vaccine was also recently approved for adults, 27 to 45. Although it won’t work for HPV strains a person has already been exposed to, receiving it can still provide protection against some of the remaining nine strains the current vaccine guards against.

“The notion that somehow the HPV vaccine would encourage riskier sexual behavior, there was never really any solid basis for believing that.”

Other countries are expanding their HPV vaccination programs. The UK government recently announced it would vaccinate all adolescent boys, in addition to girls. The shots, already routinely offered to girls, are free up to age 18. Vaccinating boys can protect them from HPV-related diseases, including cancers of the mouth, throat, and anus, and experts expect that vaccinating boys and men will help decrease the rate of cervical cancers in women.

In May, World Health Organization Director-General, Tedros Adhanom Ghebreyesus, called on nations to help rid the world of cervical cancer, which has the greatest impact in low- and middle-income countries that lack HPV vaccination programs. “One of the key foundations to [eradication] is getting girls vaccinated, and getting women screened,” Ogilvie says. “That’s what we need to do to get rid of cervical cancer.”

That goal, once far-fetched, is now a real possibility. In Australia, thanks to a highly successful cross-gender vaccination program, health officials say the country is on track to effectively eliminate HPV within a decade. But the United States has a ways yet to go. Earlier this year, the CDC reported that as of 2017, only 66 percent of adolescents ages 13 to 17 had received their first dose, and fewer than half—49 percent—had completed the series.

“The notion that somehow the HPV vaccine would encourage riskier sexual behavior, there was never really any solid basis for believing that,” says Fred Wyand of the American Sexual Health Association. “The vaccine is just a wonderful public health intervention. It works, it’s safe, and it’s something that all males and females should have.”