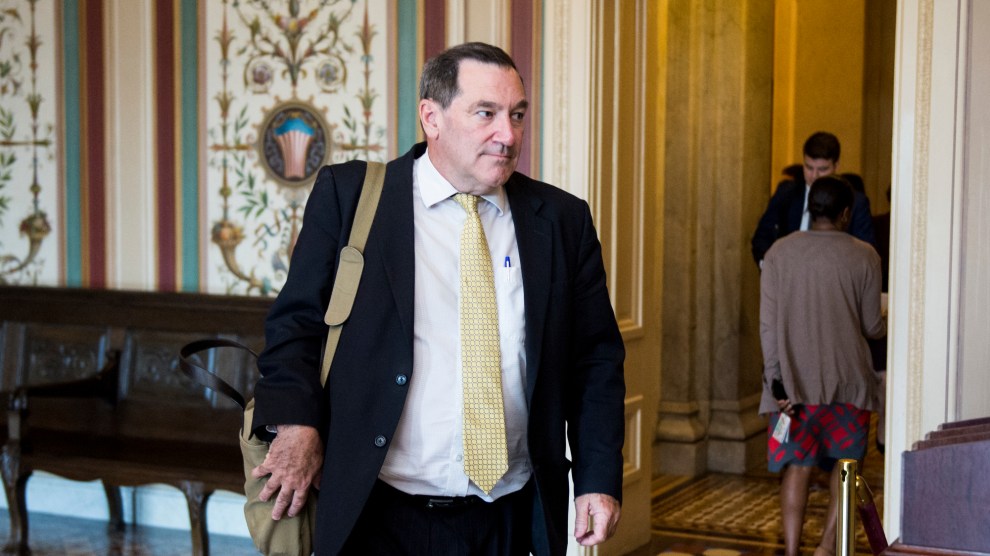 Republican Mike Braun, a businessman who closely aligned himself with President Donald Trump, has ousted Indiana Sen. Joe Donnelly and handed a key victory to Republicans in one of the year’s most competitive Senate races, according to ABC News and MSNBC. Though Donnelly tried to defend the seat by emphasizing his bipartisan credentials, it ultimately wasn’t enough to fend off his Republican challenger in a state Trump won by 19 points in 2016.

Donnelly was first elected in 2012 after his Republican opponent provoked an outcry for describing pregnancy resulting from rape as “a gift from God.” But Braun proved to be a tougher opponent, taking advantage of the president’s popularity and attacking Donnelly for voting against Supreme Court Justice Brett Kavanaugh. He even adopted Trump’s strategy of using nicknames to attack his opponents, calling the senator “Sleepin’ Joe” and “Mexico Joe,” the latter a reference to Donnelly owning stock in a family business that opened a manufacturing plant in Mexico. (Donnelly fought back by attacking Braun’s business interests, criticizing him for selling auto parts made in China.)

Polls showed Donnelly and Braun neck-and-neck in the weeks leading up to the election, as the two candidates competed to win over conservative voters. Donnelly tried to distance himself from his party by bragging that he voted with Trump 62 percent of the time, putting out ads that seemed to come straight from the Republican playbook. In one video from mid-October, the senator criticized “socialized medicine” and “radical leftists” who want to abolish Immigration and Customs Enforcement, closing with a quote from former President Ronald Reagan. He’s also been one of the few Democrats to enthusiastically embrace Trump’s border wall. And last week, he drew criticism from progressives for taking a wishy-washy stance on the president’s idea to end birthright citizenship, saying he’d want to look at any legislation and make sure it’s constitutional.

Still, even that wasn’t enough for Donnelly to hang on to his seat. In the final days of the election, Trump held two rallies in Indiana for Braun, praising him as a “very successful businessman and a patriot” and attacking Donnelly. With Braun’s victory, Republicans will have another reliable supporter of the president in the Senate, cementing their hold on a red state that once went for President Obama.