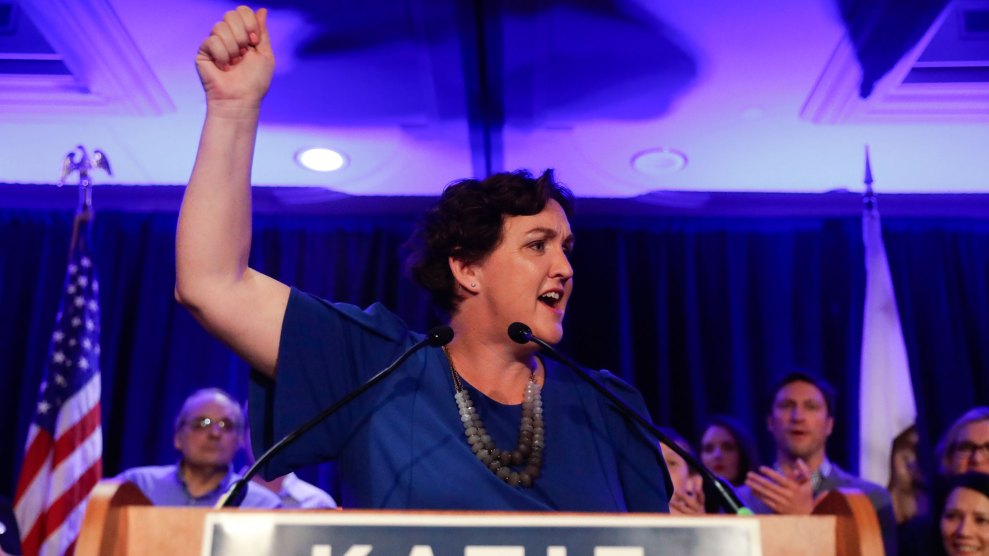 Walters, who led Porter in the vote-count until Wednesday, made false allegations about election fraud in the hopes of raising money for what had been an expensive campaign, but the reason for Porter’s late surge and eventual triumph was predictable, not nefarious—California allows voters to mail their ballots as late as election day, and those ballots historically favor Democrats.

Porter becomes the fourth Democrat to flip a Republican-held House seat in Southern California this cycle; Democrat Gil Cisneros now leads Republican Young Kim in the last uncalled race and is poised to become the fifth.

Porter’s win is a huge deal for Democrats and progressives, and not just because it’s another pickup in a wave election. Porter studied under Sen. Elizabeth Warren (D-Mass.) at Harvard Law School, became her research assistant, and went on to do influential work of her own on the subject of bankruptcy. Like Warren, her work focused in part on the predatory systems that push middle-class families into debt. As I reported in a profile earlier this year:

Katie Porter was a rookie law professor at the University of Iowa in 2006 when she started asking questions about mortgage fraud. Egged on by a $100 million lobbying campaign from the financial services industry, Congress had recently overhauled federal bankruptcy laws, and much of the debate in policy circles focused on how the people drowning in debt behaved. Were they gaming the system? Were they responsible? Porter, who is now a Democratic candidate for Congress in California’s 45th District, wanted to know if the banks and credit card companies were playing fair, too. Over the next year and a half, she and a colleague at Stanford University studied 1,733 foreclosure-related bankruptcy cases in 24 states, camping out at courthouses and poring over filings.

What they found, she told me recently, was a “systematic fraud on the rule of law.” Individuals who had filed for Chapter 13 bankruptcy trying to save their homes were subjected to excessive or even fictitious charges that were sometimes orders of magnitude larger than the original loan itself. Banks were breaking the law in half the cases Porter studied. By the time she began publicizing her findings in 2007, the damage was done.

Like Warren, Porter brings a unique kind of expertise to policy discussions, and even in a crowded freshman class, she might not take long to make a splash.